No Place , too far

The Fazer, gets its DNA from the global Fazer series known for their sports touring, awesome looks. It has a “Look-at-me” appeal with the triple macho design concept giving it a concentrated form with excellent ergonomics. It has the beautifully contoured color – coordinated aerodynamic cowling to keep the wind blast at bay. Just like FZ16 and FZ-S, Fazer carries the Monocross suspension to ensure agile running performance and handling. The placement of this model’s ‘MidShip Muffler’ toward the center of the machine gives it a good concentration of mass, exhaust efficiency and handling.

So, Let me begin my clean and unbiased Ownership Review of my possession, the YAMAHA FAZER in MIDNIGHT BLACK color.

>Idea behind buying : So, Where should I start from? Yes, I was 17 yr old and was preparing for my 12th board exams. I had two tuitions and had to rush there on alternate days. There were short-cuts for going to tuition classes, but, since I had no personal transport, I had to rush by Auto-Rickshaws (which took me from main roads) which made my route almost twice! So, The need for a vehicle came up. I avoided scooters (Actually, “Scootys!”) because I was 5’8” and would feel awkward in the tiny scooty! So, I needed a BIKE!

>Requirements: Instead of studying, I started to spend hours sitting in front of my PC, searching for Info on bikes. Believe me, It was really difficult, at that time, I was not a TAI’an, and had to suck all info from Google instead of posting a thread for the same! After endless hours of reading Reviews, Test Drive Reports, Maintenance costs, etc on the Internet, I finally made a list for my requirements-
1. A Sporty-looking Bike within Rs.80000
2. A Digital Speedometer along with a Tachometer
3. Comfortable, but Sporty, Ride
4. Front Disk Brake (Atleast!), Best In-Class Handling

>Test Drive & Decision Making : After making the list, I decided not to test ride all the bikes, hence, I started further filtering the list by removing some bikes. I removed the P220 first, As it was totally OUT OF BUDGET. Although I liked its looks, exhaust note and Headlamp Assembly, I had to apologize it! You must have noticed why I have included bikes with a lower price tag as compared to others, the reason is that Dad insisted me to consider Discover and I liked my friend’s Red Stunner! But, YE DIL MAANGE MORE. Why to end up buying a Rs.50-60000 bike even If I have AMPLE budget of Rs.80000! The final contenders were Fazer and Apache. I sat down listing the Pros and Cons of each bike, But, Could not make a final decision.
I decided to take a TD of both the bikes! First, I went to the nearest TVS showroom (Yamaha was a bit far as compared to TVS) and asked them for a Test Drive as the SE was a known person and he readily agreed by seeing my Dad with me!

Here are the observations after the TD-

APACHE RTR 160 (I drove a White one with !)-
>Looks not up to my expectations (Rear-Side Angle)
>USELESS Tyres (They were not gripping the road at high speeds ; thus losing confidence while changing lanes, U-Turns and some Sharp turns!)
>The power got lost from 2500rpm and kicked in at 4000rpms (Really annoying)
>Riding position was not great (I was uncomfortable throughout the drive )
>Handling was OK (Cornering was not good though but not bad either)
>VIBRATION! (I felt like sitting on a Tractor at 65-75kph)
>Brake (Only the front) was really great (The rear one lacked feel...I mean, It was of no use without front brake!)
>Aerodynamics were really good and Graphics were appreciatable
>Fuel Efficient (As claimed by the SE)
>Performance (Power) was good but we expect some more from the 160cc thing
>Pickup eventually dropped as we added a Pillion at the back
>Bike was stable at Above 75kph speeds
>Pickup was dropped heavily with 2 On-Board

So, This was all about the Apache RTR 160.
Overall, I was disappointed with the ride, I expected a lot more. The Cons were more than the good bits!

Here are the conclusions-
>EXCELLENT Looks
>Excellent Handling (Thanks to the Wide rear tyre)
>Decent and Friendly Staff (Better than Yamaha’s RUDE ones!)
>A SPORTY touring bike feel (You have to lean at least 15-20 degree to the front while driving at 40kmph+ speeds! I love that!)
>No place to keep Sunglasses, Mobile, etc (All maal in the pockets!)
>Seat (at the rear) was very thin.. Pillion would face problem
>For the rider, Comfort was great (Mono Cross Suspension)
>Yamaha has squeezed out the 153cc engine to give fabulous amount of power! (I touched 93kph on TD!)
>No VIBRATIONS at all! (Even at 85+kph, the bike was rock stable!)
>The ROAD GRIP was awesome! (I was tilting the bike with the Handle straight while changing lanes and it was fun!)
>Instrument Cluster was not great either (Here, Apache was better)
>Some parts were made of really CHEAP quality plastic (For eg- The part where “Fazer” sticker is placed)
>Both Brakes were good (They had enough feel and gave confidence to the rider ;I feel there is no need of rear disc brake for bikes which can’t go 160kph+)
>The ride was comfortable but the Fuel tank was wide, which I didn’t prefer(I am 5’8”)
>Engine was perfectly balanced for high-speed cruising as well as Manoeuvring in City Traffic

After the TD, I was super impressed (Woh toh hona hi tha! The bike was Rs.20000 expensive than Apache).
Considering my budget and requirements, I felt the Fazer to be a clear WINNER.


>Dealership Experience-
I was with my Dad at the moment. Till I was doing TD, My Dad was having Chai and Chips with the SE.
When I was back from the TD, I called my Dad at one side and explained him everything during the TD (That I was in love with FAZER!).
We went to the SE and Conversation is stated below-

SE – (To me) So, How was the Drive?
I – Great. I enjoyed every bit of it.
D – How much is the Fazer? Price?
SE – Sir, After Tax, Insurance, etc, The price will be near Rs.83000.
(Dad looked at me...I looked at Dad...I smiled)
D – So, Is there any booking,etc?
SE – Sir, It depends upon colour. Actually, We have Black and White with us in the yard for instant delivery. The thing is that you will have to do the payment by CASH.
D – If we do the same by Cheque?
SE – mm... The bike will take 4-5 days to get delivered after passing of cheque and other formalities.
SE – Let me show you the bike in detail first.
(We 3 went outside and SE showed us the bike in detail ; After deciding the colour : MIDNIGHT BLACK!, we went inside)
D – Till what time is the dealership open?
SE – Till 6pm, Sir. It would be better if you take delivery till 5pm because of ther formalities which will take time.
(It was already 4.15 pm)
D – Is there any ATM nearby?
SE – Yes. Turn to the Left and you will find it from the Petrol Pump (which was just beside it)
(We found the ATM and squeezed out Rs.88000 from it! CASH)
SE – So, Sir. Sign here, there, here and there, on my head, etc, etc!
(SE sends the bike for a wash and Teflon coating)
SE – Sir, Till then, you can do the payment. It will take time. So, it’s better to do now.
D – Okay. (To me) Stay here only.
(Dad goes and comes back after the payment. Time was 4.50 pm. Bike was back after wash and I was busy looking at it)
SE – Sir, Check for any scratch/dent on the exteriors, Rest I have checked thoroughly.
(Dad and I checked..All iz Well ;Time – 5.15 pm ; After fitting accessories and all, SE writes the Temp. No. And we headed home)
SE – Sir, I have poured a small amount of fuel, Rest, you can fill it from the petrol pump, which is DO KADAM from here.
D – Ok.
(We showed the documents at the gate and Left!)
[At that time, the Self Start was not working ; SE said it was because the bike was kept unused and battery isn’t charged, drive till home, it will work... And, It worked]

The Accessories I added to the bike till date are-
>By Dealership (Free)-
LED Pilot/Parking Light- Blue.(Rs.500)
Number Plate Bolt (Rs.150)
(I didn’t get anything else because I was short of Vitamin M)
After 2 months, I planned to add a Leg Guard (Just for Show!) when I saw it being installed in an R15.
LEG GUARD : Black (Rs.600)
LEG Guard : Black (stylish one.. Rs.550)
HID with Angel Eyes (Blue..will share the costs afterwards!)
>Discounts-

Free Accessories...
Anything Else? None...Simply none!

So, This was all about My panther, MY fazer.

Congrats for your panther buddy..its we bikers only who understand other bikers quite well.

So where are his pics?

Congrats for your panther buddy..its we bikers only who understand other bikers quite well.
Click to expand...
Thank You Thank You.

So where are his pics?
Click to expand...
Have patience buddy, Pics will come in the Next Section.

Eagerly waiting for the next section...

Eagerly waiting for the next section...
Click to expand...
I am writing that right now.. So, You'd have to wait atleast 1-2 days!

And, Thanks for the thread title..

Look forward to the pics and next section

Look forward to the pics and next section
Click to expand...
Thank You Thank You.

After all, The thread is based on the Layout given by you!

I'm eagerly waiting for your Fazer ..

I'm eagerly waiting for your Fazer ..
Click to expand...
Thanks Appu. I do like fazer because of its rear tyre!

congrats man,nice review.
like to see the pics.
Click to expand...
Thanks Sachin. Pics will come till tommorow evening.

thats good to see the cheap extended warranty on that man.good stuff

where are the pics dude

thats good to see the cheap extended warranty on that man.good stuff
Click to expand...
Yes buddy. I was not going to get the 5 year warranty earlier, considering it as a waste of money. But, the SE told me that I would not get it afterwards even if i wished, so he forced me to have the extended warranty.

where are the pics dude
Click to expand...
Pics? They will come in the next section, which, probably, I would post by tommorow morning/evening!

oh thats a good advise by the man .. should have said shabash to him haha

well ya show us some pictures man cuz I haven't been to india in quiet a long time. I had cbz when I was studying

oh thats a good advise by the man .. should have said shabash to him haha
Click to expand...
First I thought that He is trying to eat some money!

well ya show us some pictures man cuz I haven't been to india in quiet a long time. I had cbz when I was studying
Click to expand...
Here are some- 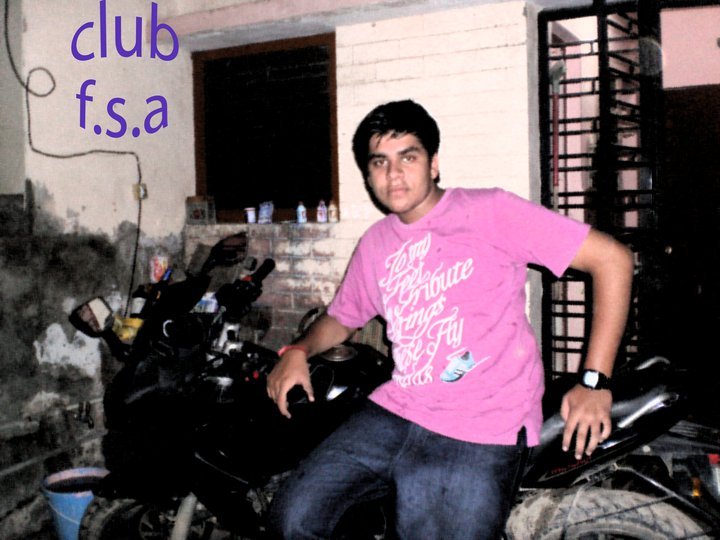 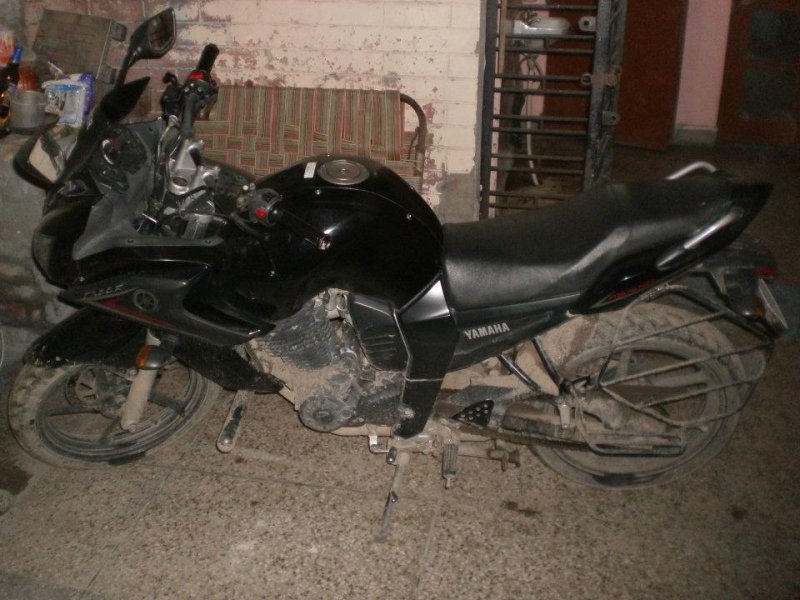 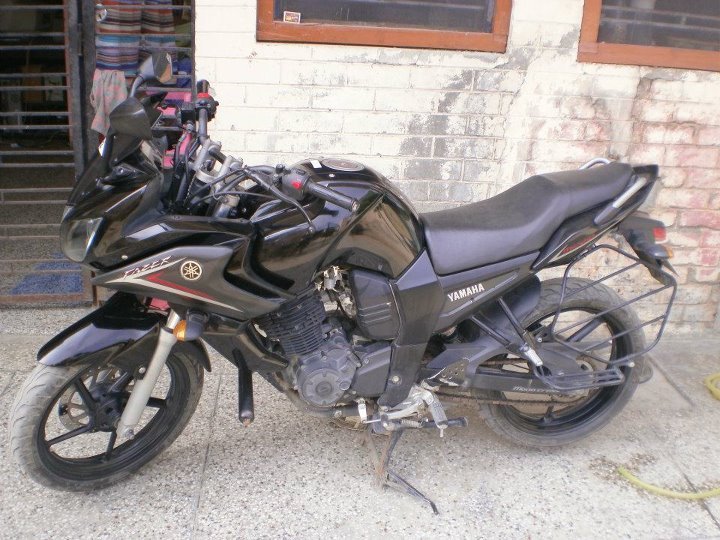 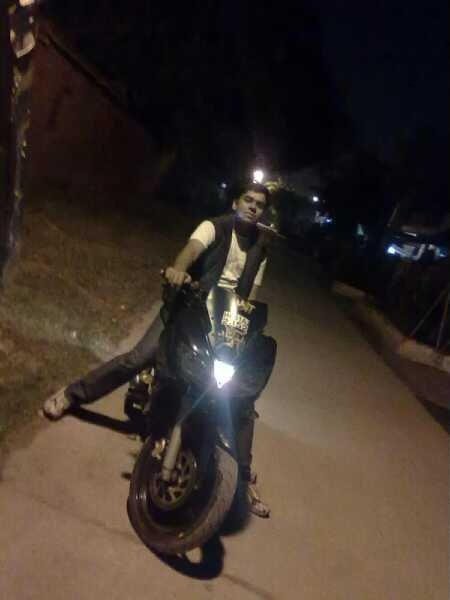 looking nice mate,whats the accelration on those bikes?
get into the habbit of keeping it clean !

i keep it clean man!!