Hey Guys, I have some Major Updates, So The Post might be Long. Do bear with me.
As you might Remember, The Beast has been Sleeping On & Off since 6 months or More now. Lots Niggling problems cropped up due to lack of Use & repeated Lockdowns.
the AC went First. Then Brakes decided to Act up. With the Relaxations in Covid restrictions I decided to get things worked up at Nearby Service center. Let's begin the Journey-

1. Reached the Service Center early Morning. It was Very easy to drive since my Car has special 2L Mode. With the Low Range Engaged, the control is fantastic. Also Brakes had Enough stopping force to work reliably below 40 Kmph. 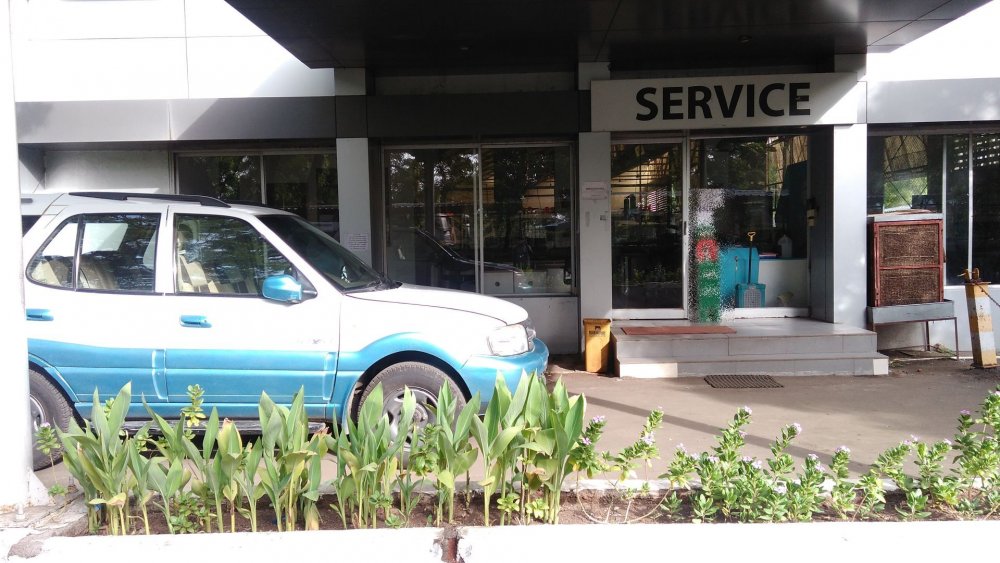 We had Quite a Bit of laugh as the ASC Machine was not able to lift the Safari!!
They barely got it up to have the wheels removed. 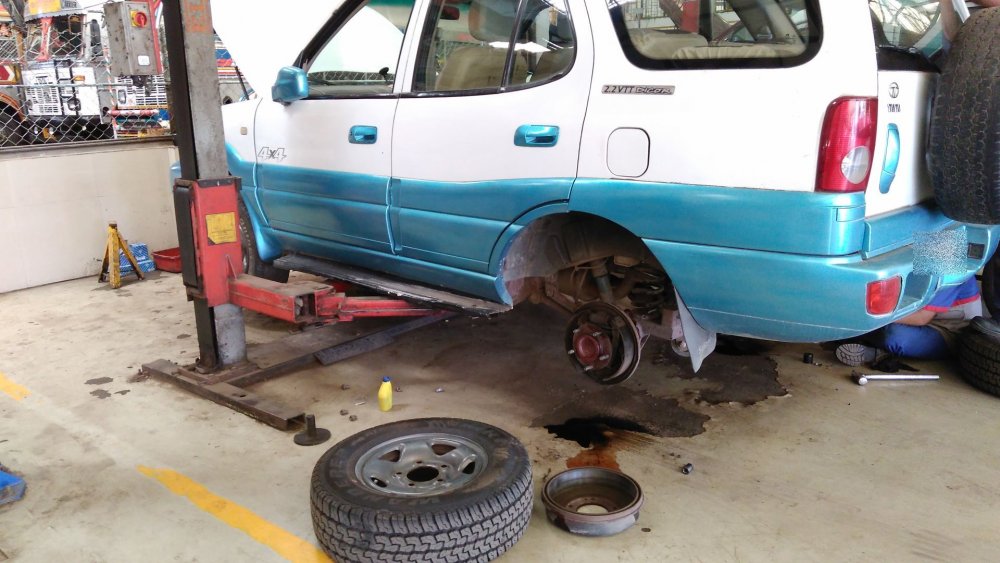 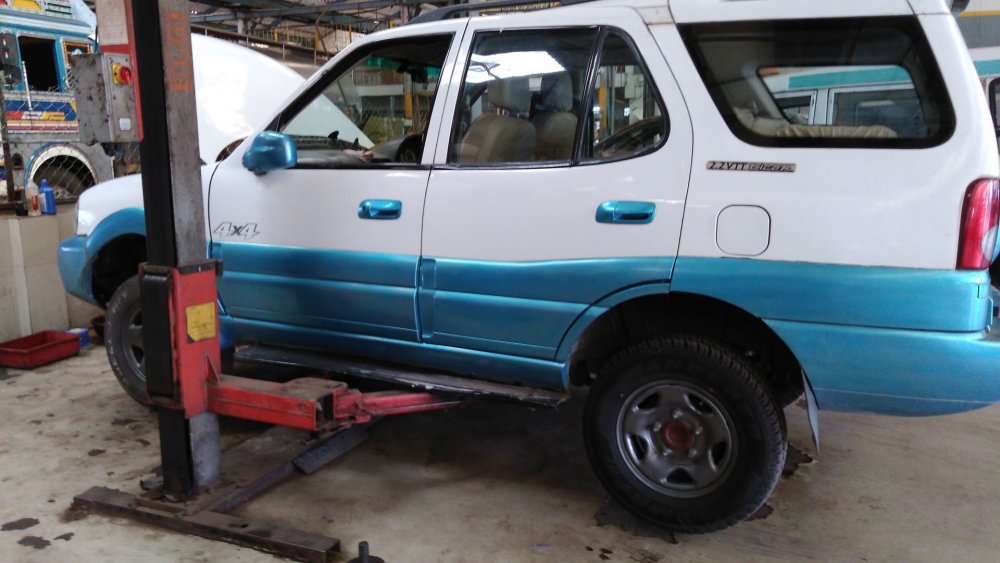 2. Both rear wheel drums opened. It was a task to open them. But once open mechanics made new threads to prevent further problem.
Rear brake shoes were also gone. So got them changed. Wheel works done. 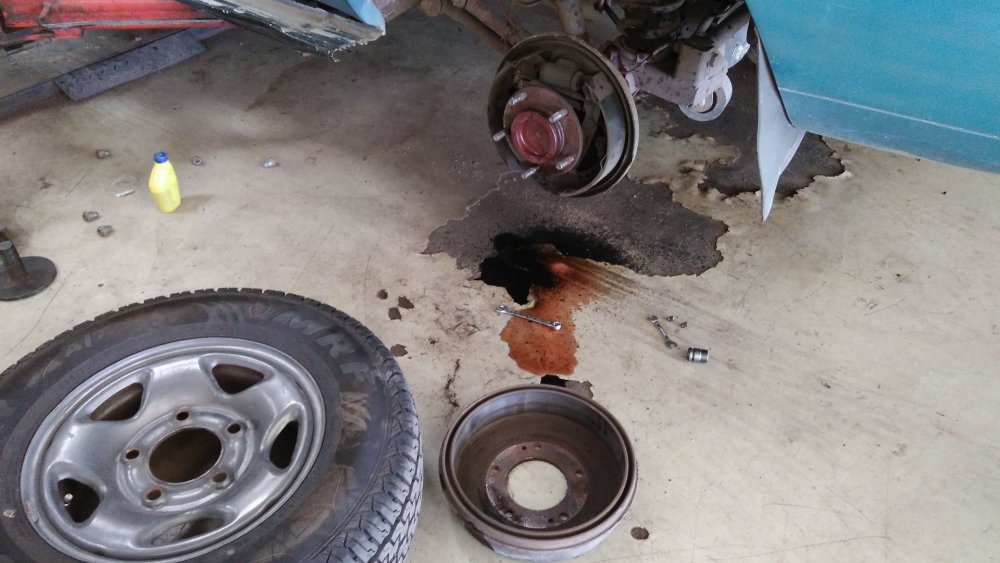 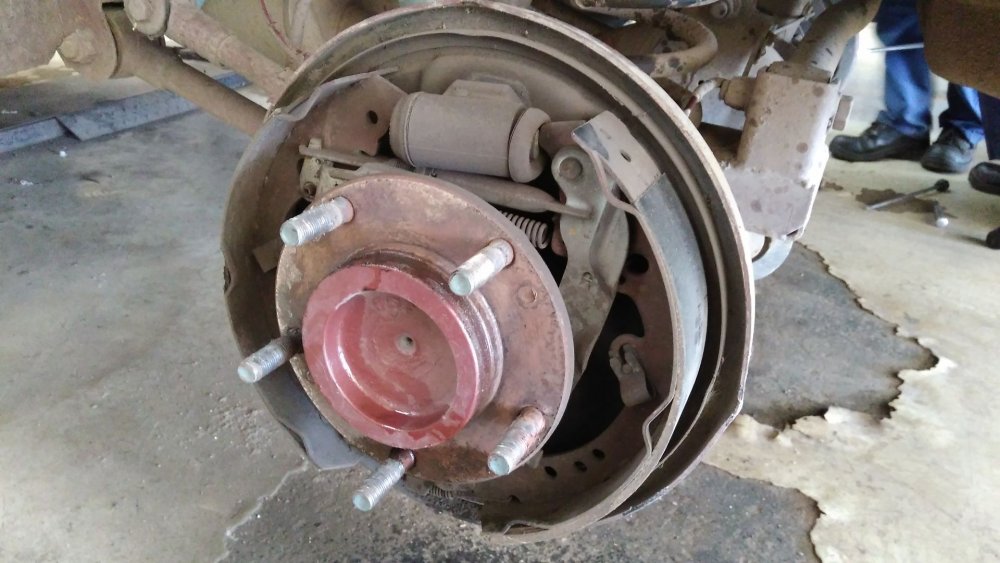 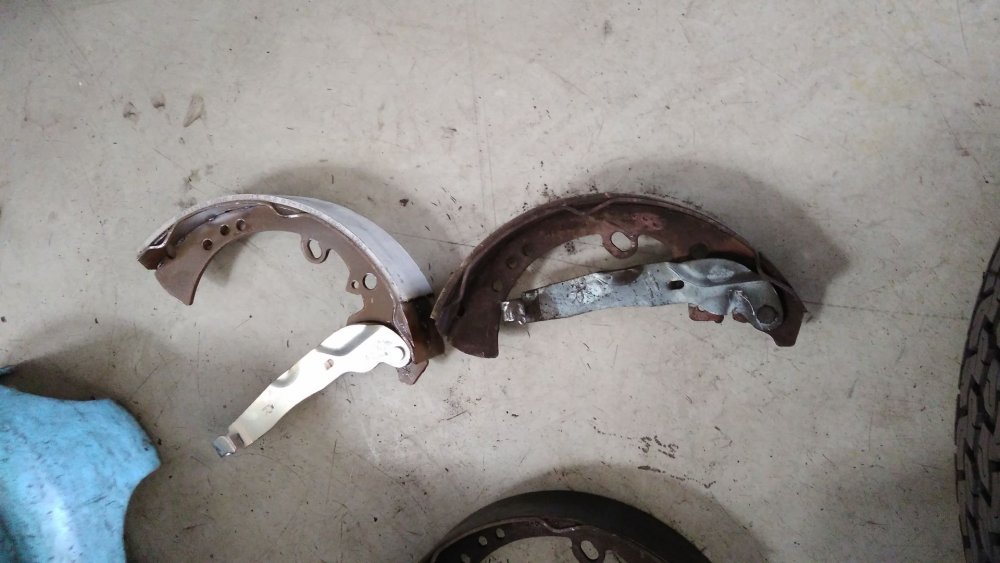 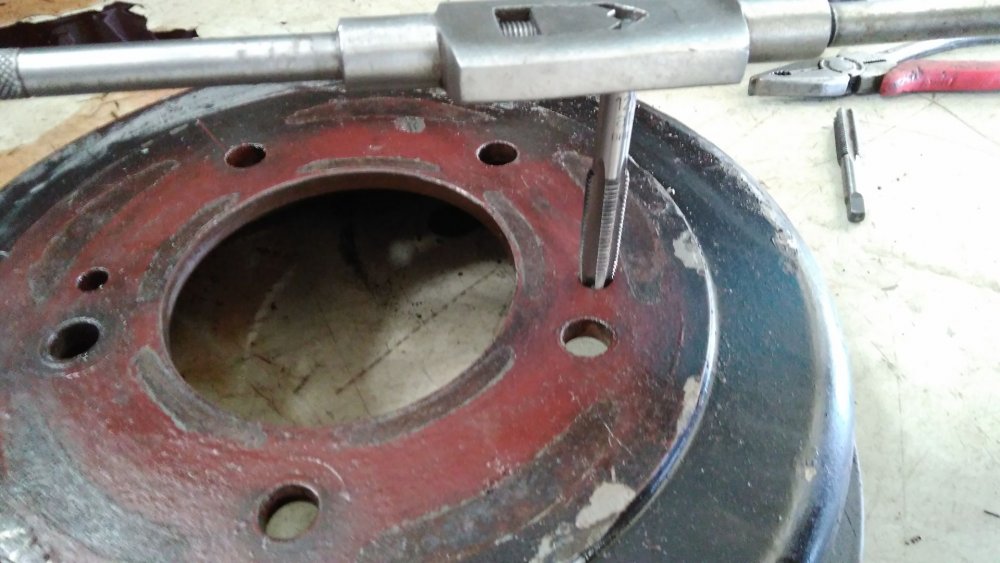 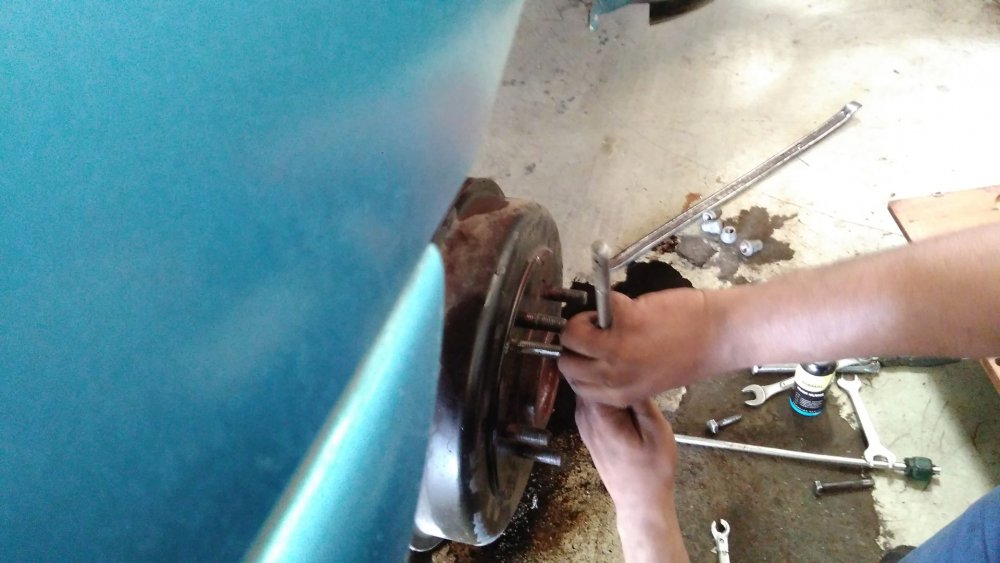 3 . Time to change master cylinder. Older one came out after some prodding. New installed. Things are easy when you have the right tools, Like a Brake wrench. 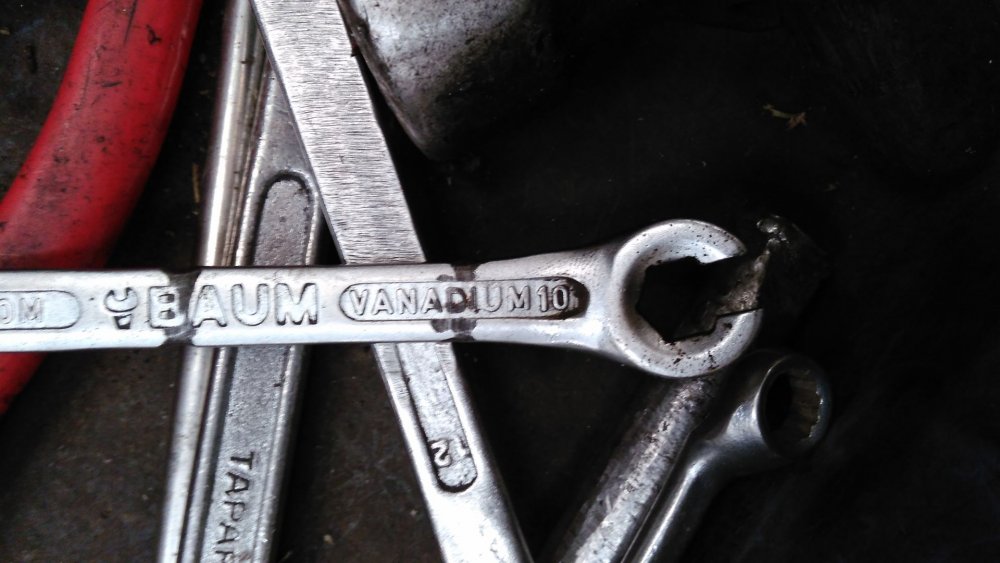 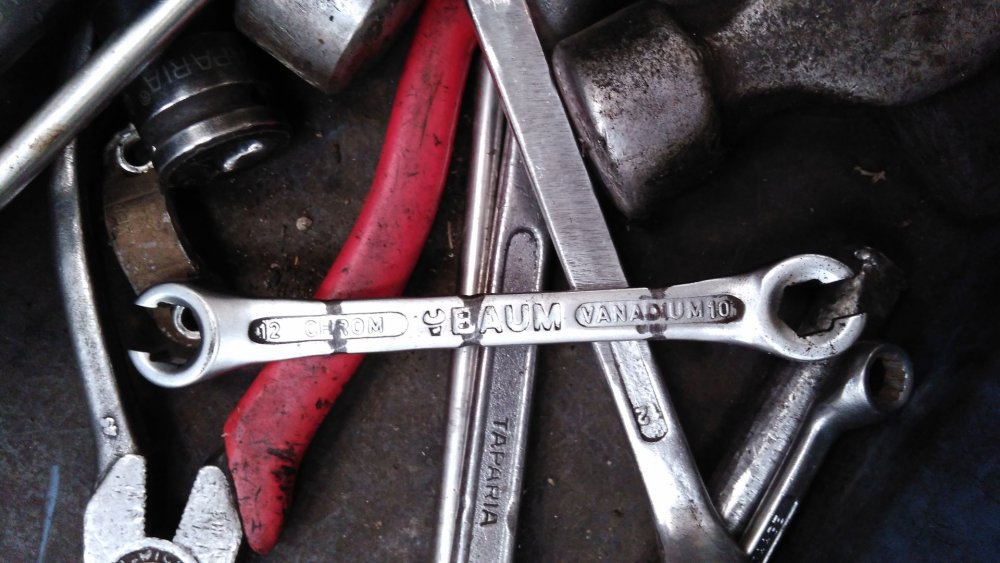 Alas! Brake like threads are slightly different. The brake lines from the car has thinner threads compared to whats on the cylinder.
What a spoil sport. 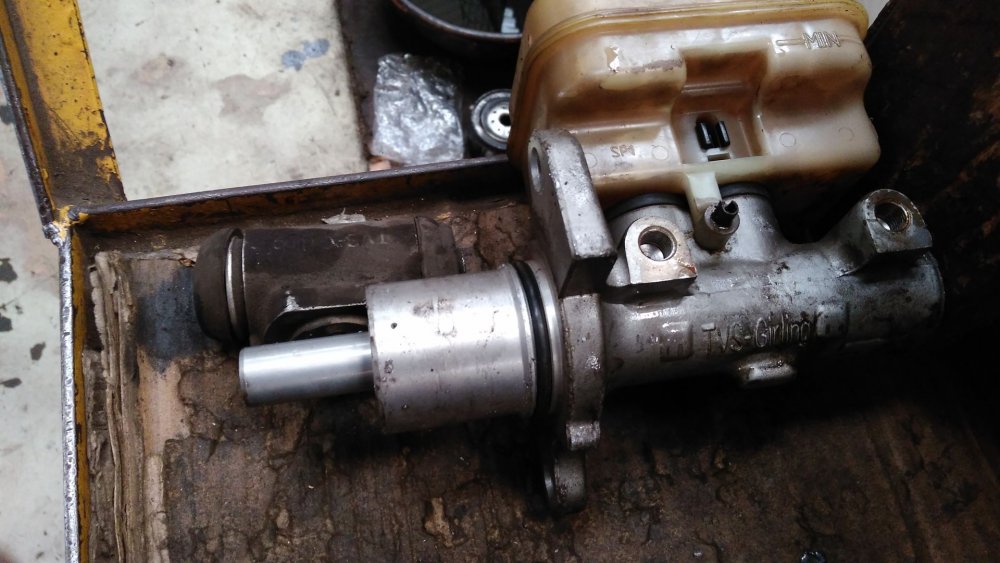 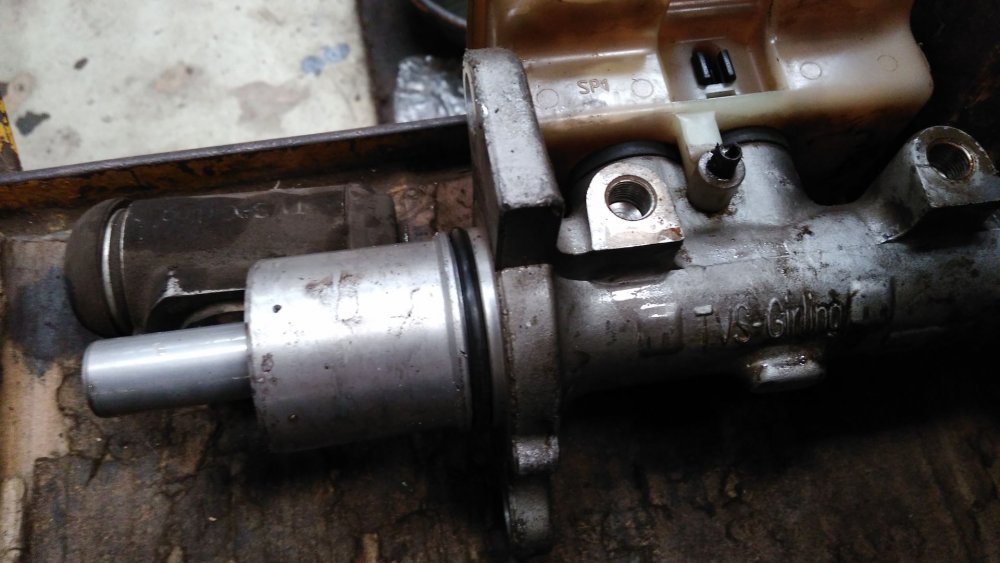 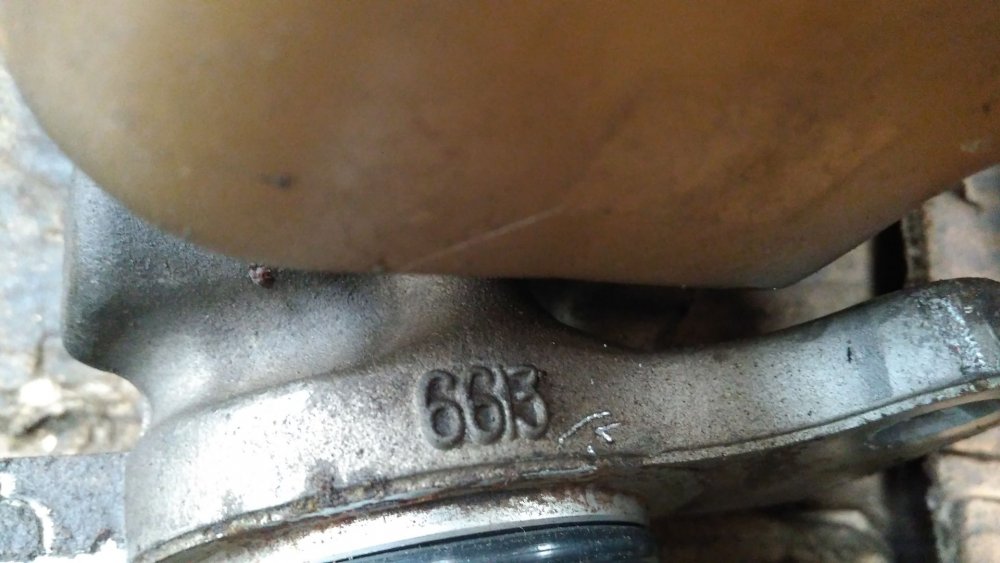 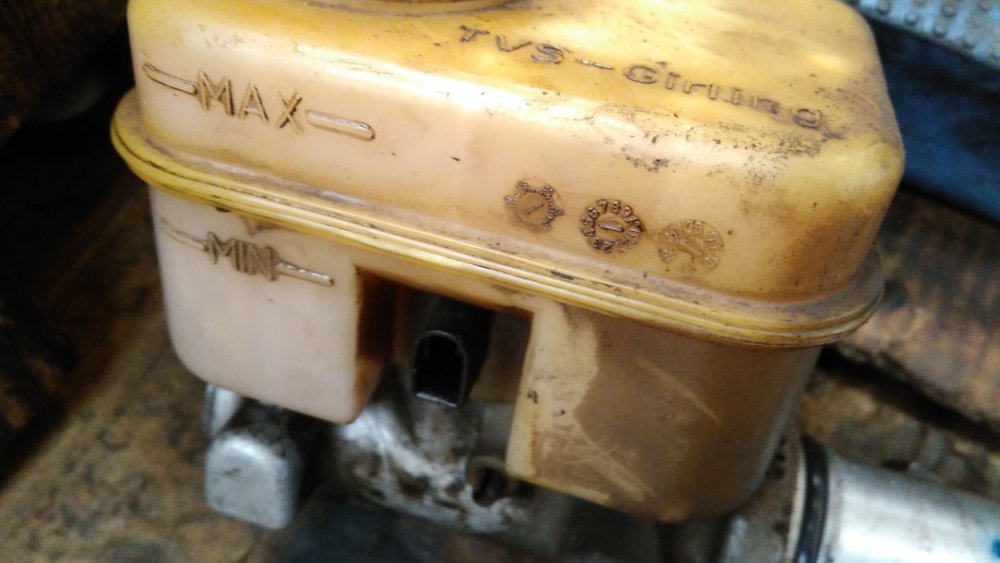 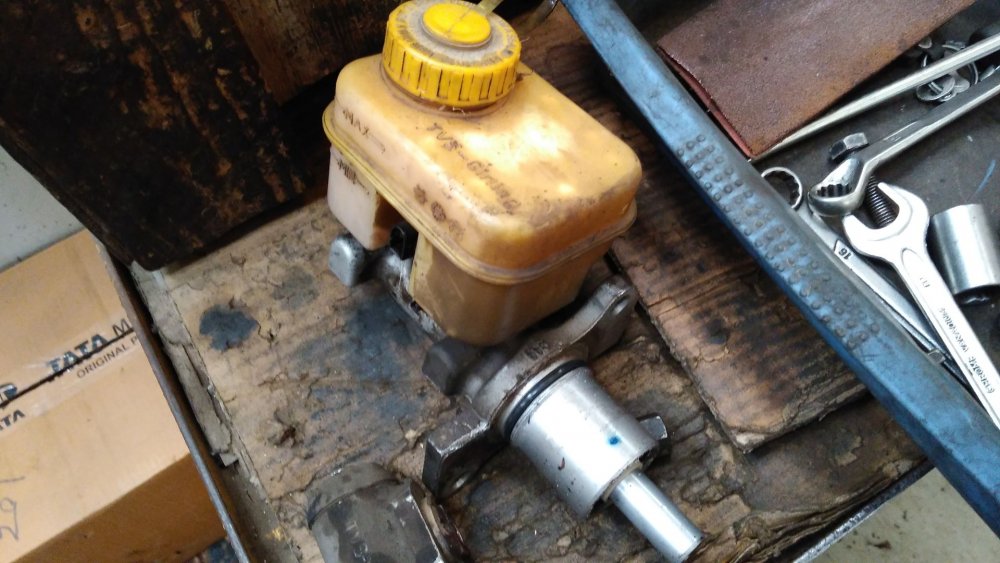 New cylinder Not even available in showroom. They were ready to offer me a "Master-Cylinder with Brake booster combo" for 25k (Available on Order only).

4. Made visit around with mechanic Trying to find adapters for the brake cylinder. Finally found brass fitting which should solve all the issues & also salvage the master cylinder.
Got the brass banjo fittings sanded & trimmed to size.
Spent 550 overall. Came back to safari. 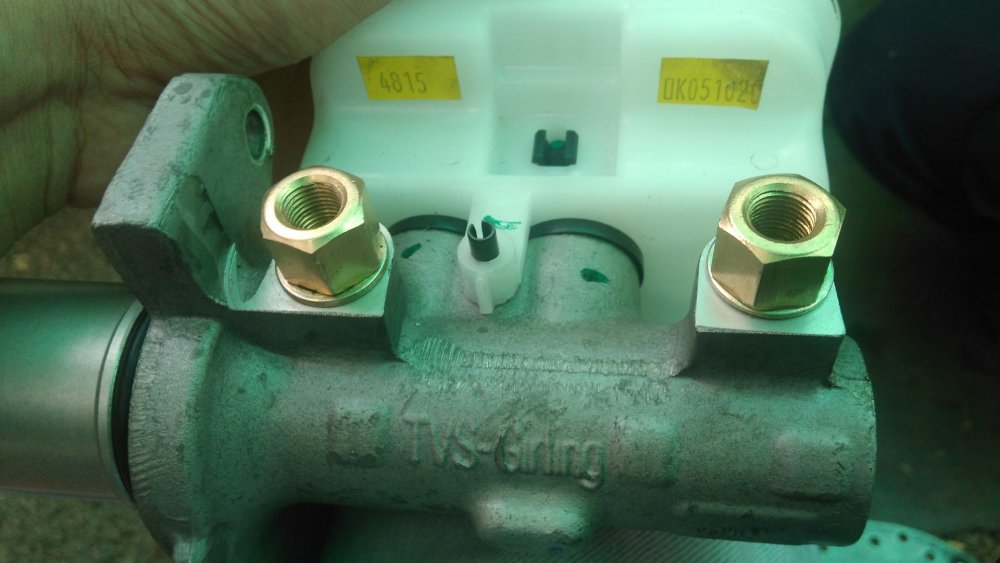 5. The ordeal continues. Even after installing & refitting some thing is always amiss. Finally after a dozen refits, got brake pressure but only in front brakes??
It appears that VX 4x4 has very slightly different brake cylinder compared to the masses. And even if the parts Logically Fit (even had the Mechanics fooled), Brakes never work right unless you have the so called Original.
What a string of bad luck.

These Mechanics must have done atleast a Dozen Installs & Refits on my car, Trying to Make sense of the problem. Tried aligning, Replacing internal washers.
After spending a whole day, 11 Bottles of Brake oil and lots of Agitation, It was finally declared that the Brand new Cylinder I had brought from Boodmo was either Incompatible or has some Unexplained defect. Due to all this experimentation, The cylinder also got ruined & wasted.

6. Decided to drop the Safari at ASC and return home. The Search for Perfect Brake cylinder is ON.

7. Roamed Around the Showroom And found the so called Safari/Gravitas. 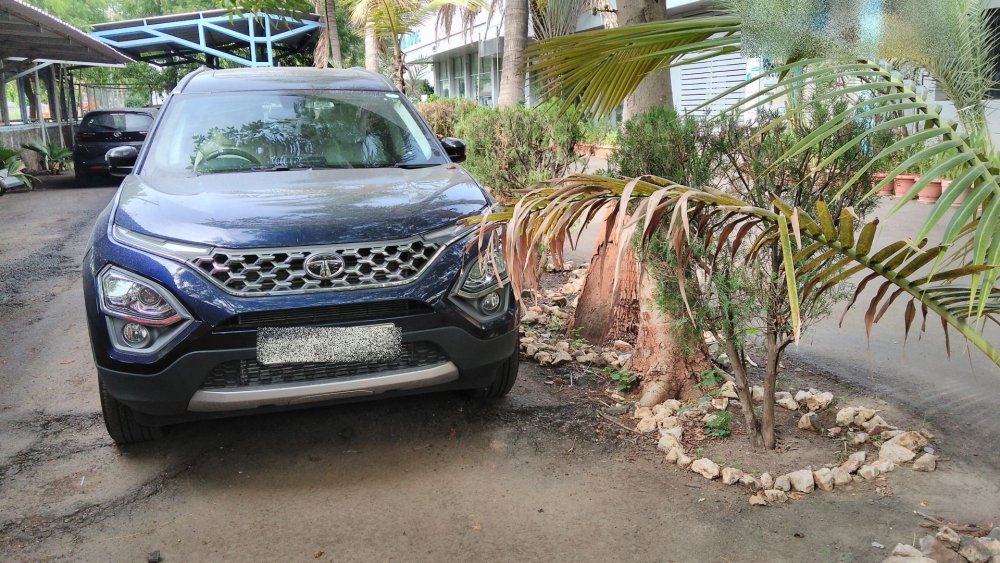 It Took almost a week to source the Original Cylinder,a Friend arranged from a Metro city. I had to ship him my Old Brake cylinder as the Difference was too small to explain.
With new Cylinder (And Hope) In hand, I reached the Safari 4x4 Once again.

Installing The cylinder was a quick half an Hour Job. Bleeding took another Half.

Finally the Beast has Brakes!!!

With that done & Said, It was time to move on to Another major issue, the AC leaks.
So I approached a nearby FNG to get it done. 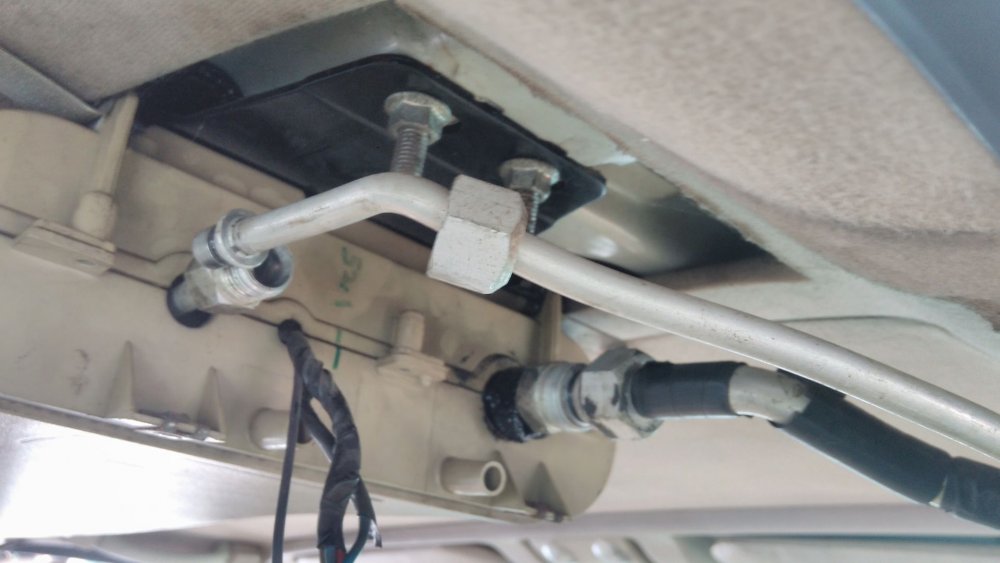 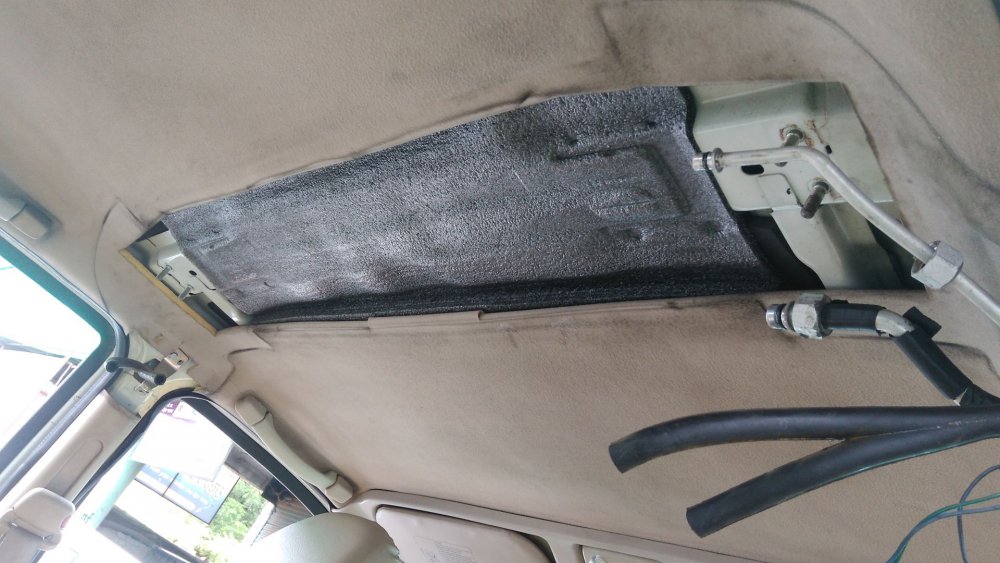 The Roof Cooling was diagnosed as leaking. They carefully checked the leaks elsewhere but Roof looks like it. 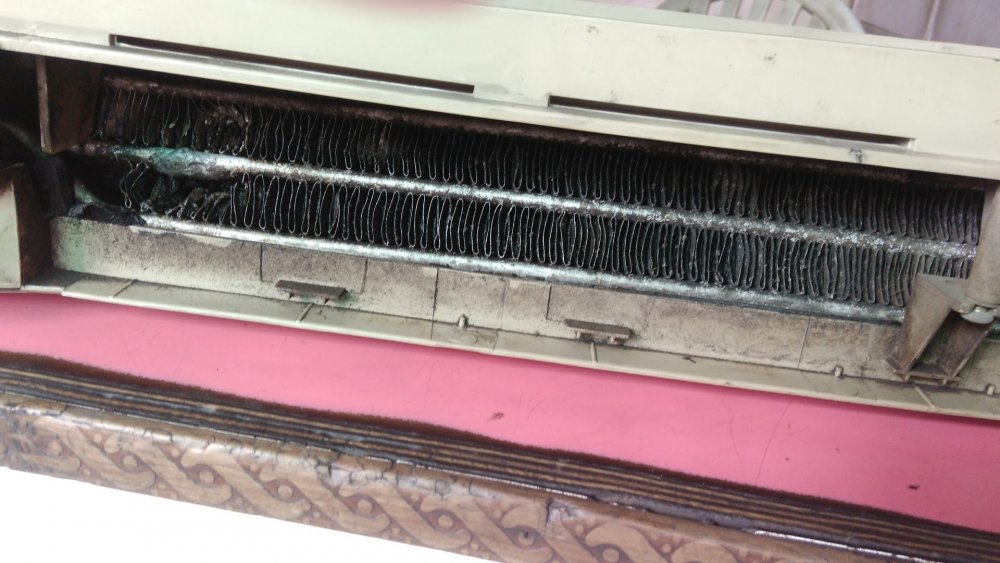 Thankfully, A Used Roof AC unit was available from Salvage Safari, So the mechanic brought one in. Transferred the Said coil into my Roof housing. 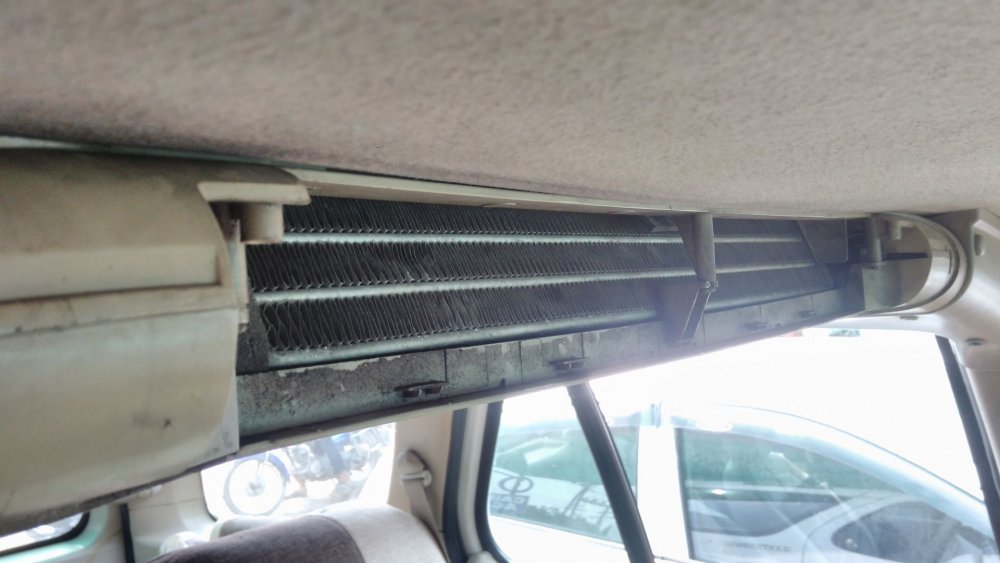 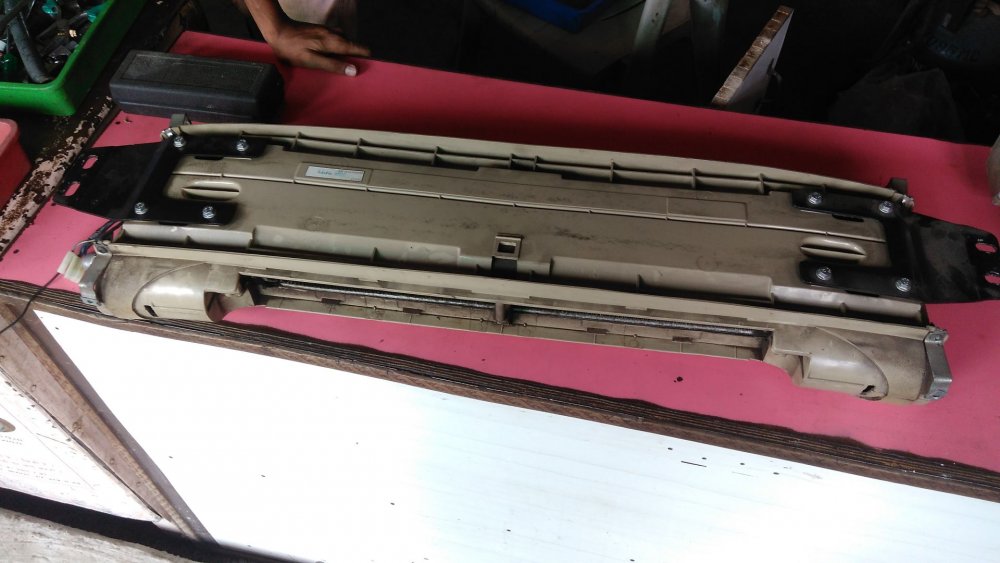 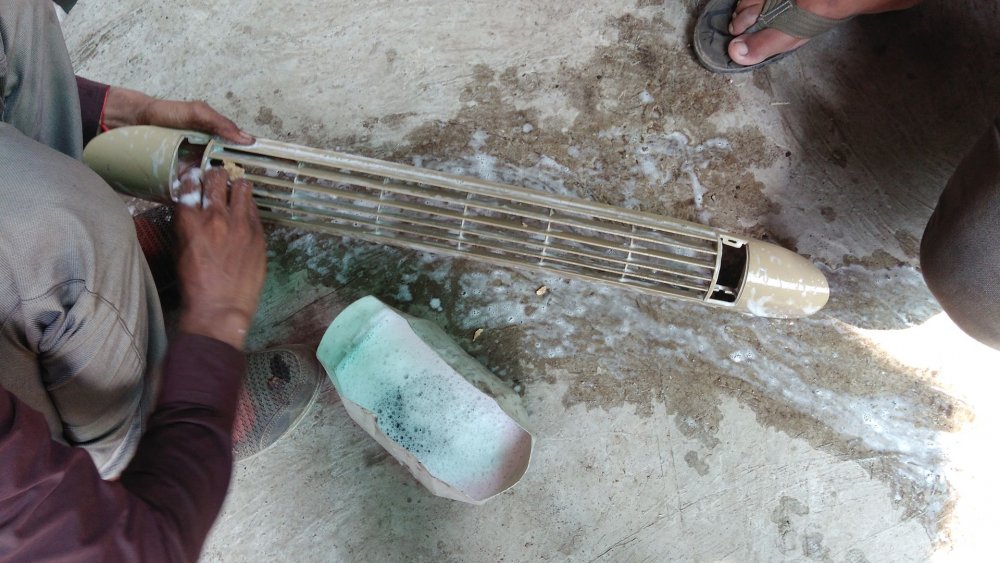 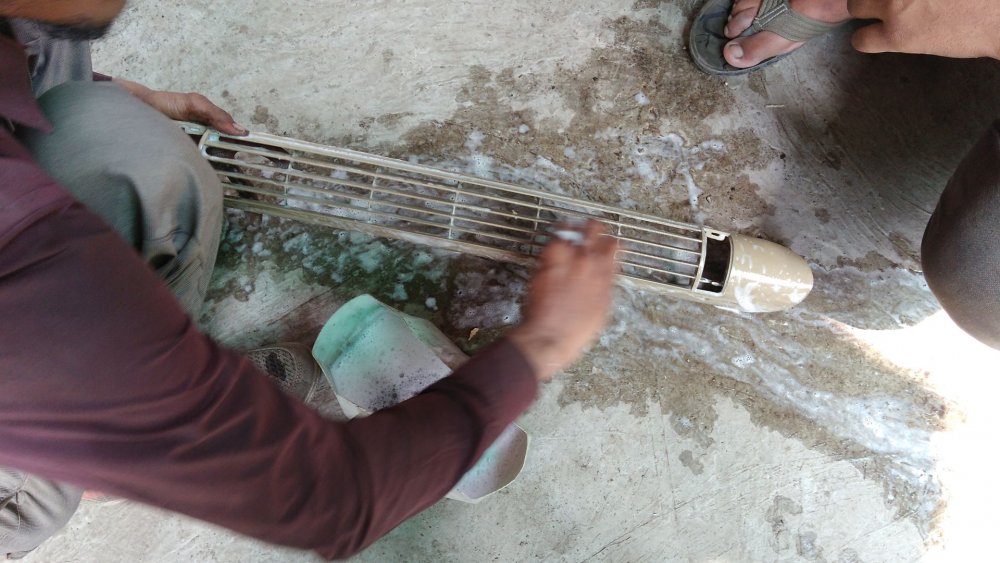 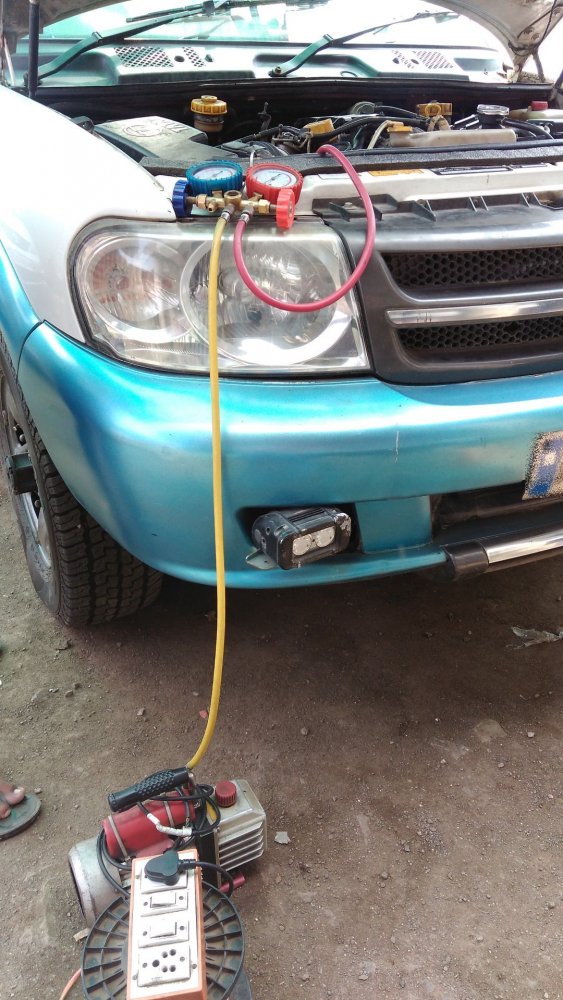 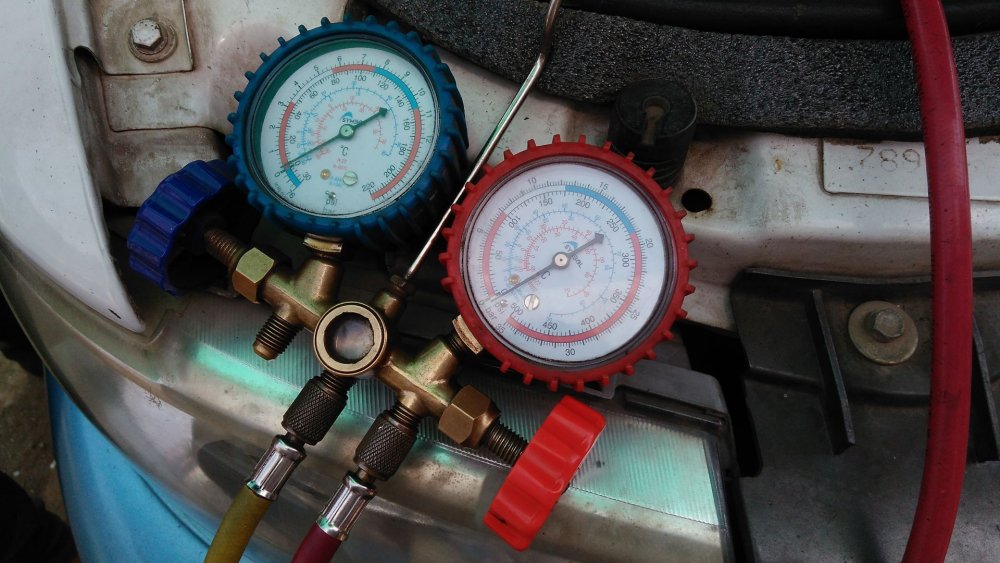 Finally after a year or so, I have fully working Safari!
Let's make your own Roads! 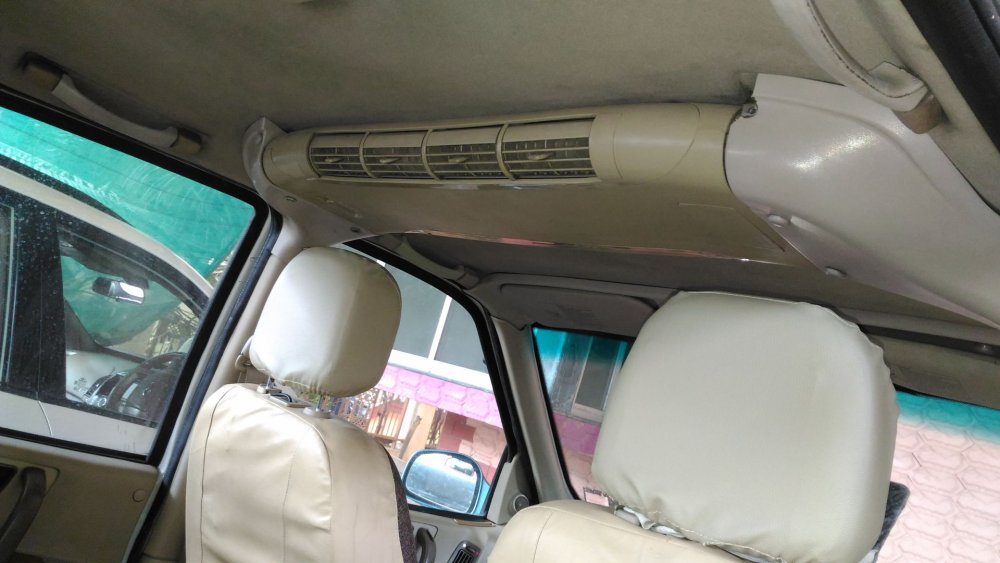