This is definitely one worth sharing piece of news – The well known super car maker Lamborghini is soon going to step in business of manufacturing the super sporty SUVs following the pathway of Porsche. Except from the information that this SUV will be based on LM200 and it’ll be equally sporty like Cayenne and Touareg, no more details have emerged yet. Apart from this, there’s also an “Entry Level” sports car expected to roll out which will be placed below the Gallardo. 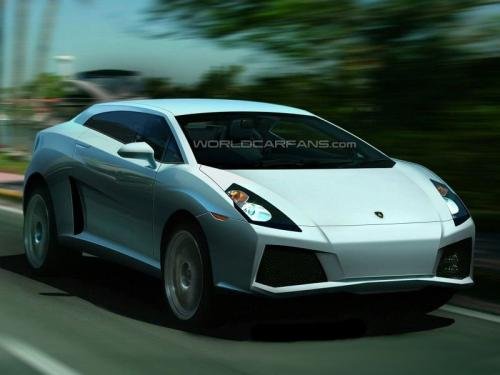 I still wont be able to afford one.

Last day, there was a documentary on NGC about how Lamborghini makes their cars. I simply don't have words to explain it. they showed how a tractor manufacturer started building super cars. It was hard for me to believe that it all started because Lamborghini's owner had some trouble from his Ferrari. He discovered that his Lamborghini Tractor and Ferrari sports car had the same gear box technology. Can you believe that! Anyways, I was so impressed by the handcrafted manufacturing process carried out in Lamborghini's manufacturing plant. The painting of the car is one example. All cars are hand painted using machinery. 2 persons will be allocated to paint the car. One person will paint the interior and the other person is responsible for the whole exterior. They claim that pain mixing technique can not be controlled by computers and depends up on individual skills. So the man mixing the paint is responsible to apply it!. Ultimate care and focus, isn't it

Its looks are rather peculiar, but are one of a kind! :thumbsup:

Well though good news , i somehow don like the looks of this car!


@ Shynish Yes thats a good programme , i too have seen it! I have seen the way the car is manufactured and built for Ferrari and Porsche too!

Lamborghini has put-off the plans of launching an SUV. However, the consideration for a four-door production sports car is almost finalized. An excerpt from an interview of Lamborghini's boss, Winkelmann, with Autocar

"We really have a choice when it comes to an additional model: an SUV or a four-seat four-door. And for me the SUV is a no-go. It doesn't exist in our price segment, and it's not a real luxury car. We have opportunities outside the supercar business, and we showed that with Estoque. It had a more enthusiastic response than we had expected." Hinting at the possibility of production, Winkelmann commented a four-door model could expand Lamborghini's customer base as it would target people who want something more practical than a two-door supercar."
Click to expand...
Drive Safe,
350Z

well i am not happy with this decsion. lamborghini isnt thinking this way they already have big reputation for supercars..well it doesnt makes very special thing to launch another supercar but if they launch some afforable SUV they can maybe do good!

it does not look like a typical lambo. thats bad for me (as if i am gonna book one tomorrow!)
J

it should be 170-200 mm
Click to expand...
wheww isnt that too much for a super car or sports car. probably it could be used for offroading too!!!

the GC is high but the total vehicle height is not too much. also, coupled with a stiff suspension, roll should not be too much.

jayadev said:
the lambo in the pic above... what could be its GC..??
Click to expand...
That is not real. It's just a rendering of Lamborghini's SUV.

Looking ugly to be honest.

Leaked pictures of the Lamborghini Urus have leaked out, ahead of its debut at the Beijing motor show.
The pictures of the high-performance SUV mimics its latest supercar range, and is finished in the same red paint as the Lamborghini Aventador J, which received its debut at the Geneva motor show in March. The high-riding Lamborghini has similarities with the Range Rover Evoque, but is more elegant than the Porsche Cayenne.
The model is the spirtual successor to the LM002 4x4 from 1986, but unlike that model, Lamborghini is aiming for it to become a mainstream rival for the forthcoming Bentley Falcon.
No technical information has been released, but the Urus SUV is likely to be powered by a 5.2-litre V10 producing around 600bhp.
Click to expand...
Guess it's a good move for lambo as it will bring in good sales number along with some healthy bottomline,VW will surely laugh all the way to bank with this model.