Skoda has christened its new mid-size SUV as “Kushaq”. The name derives its roots from Sanskrit and means “King” or “Emperor”.

This will be Skoda’s first new offering based on the localized MQB A0 IN platform. 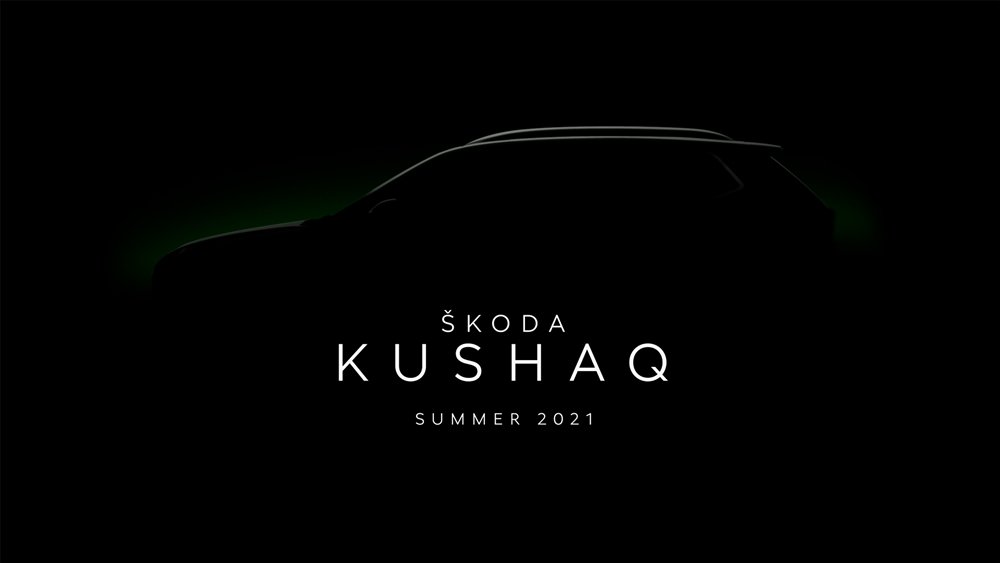 ​
ŠKODA AUTO India has christened its midsized SUV, the first vehicle designed and developed under the purview of the 'INDIA 2.0' project, as the 'ŠKODA KUSHAQ'. The naming nomenclature derives its origin from an ancient language of the INDIAN subcontinent, Sanskrit, and the word 'KUSHAK' denotes 'KING' or 'EMPEROR'. In its stance, and mannerism, the powerful new ŠKODA KUSHAQ personifies its moniker, and at the same time, reflects upon its 125 years of rich history and heritage - a legacy that substantiates the brand claim 'Driven by Inventiveness and Clever Ideas - Since 1895'. Further, the anointment with 'K' at the very start and 'Q' at the very end coherently resonates the virtues of the ŠKODA SUV family: KODIAQ, KAROQ, and KAMIQ.

With the ŠKODA KUSHAQ, the Czech automobile manufacturer leaps forward into a new era of mobility for the ŠKODA AUTO led Volkswagen Group, in India, based on state of the art and locally developed Modulare Querbaukasten (MQB) A0 IN platform. The latest offering, ŠKODA KUSHAQ, will also steer the way for a series of vehicles, proposed to be introduced over the next 18 months, tailored to the needs and demands of discerning customers from the domestic market as well as other emerging economies from the world over.
Click to expand...
Drive Safe,
350Z

Skoda Kushaq will make its world-premiere in India in March 2021. Sharing more details in the attached Press Release. 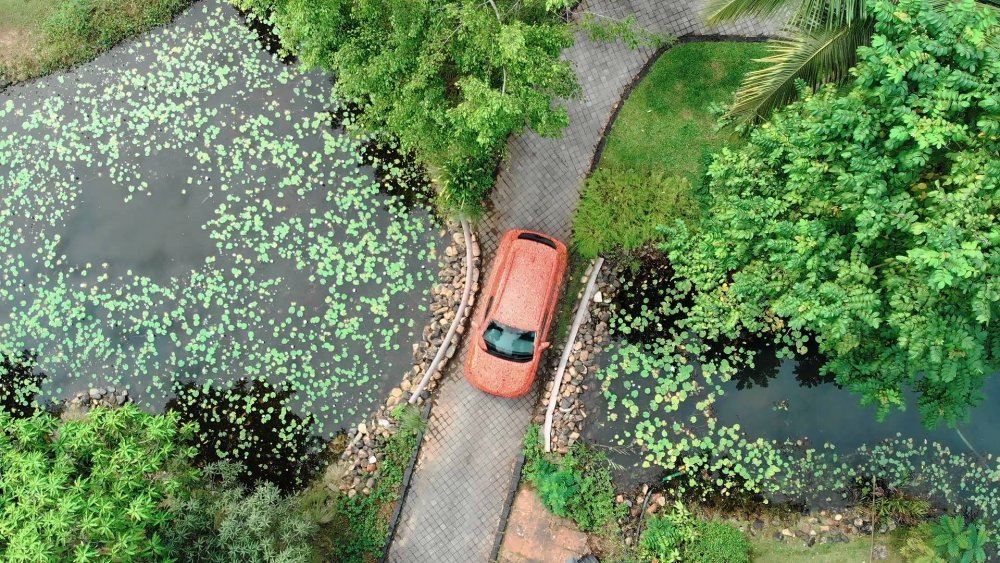 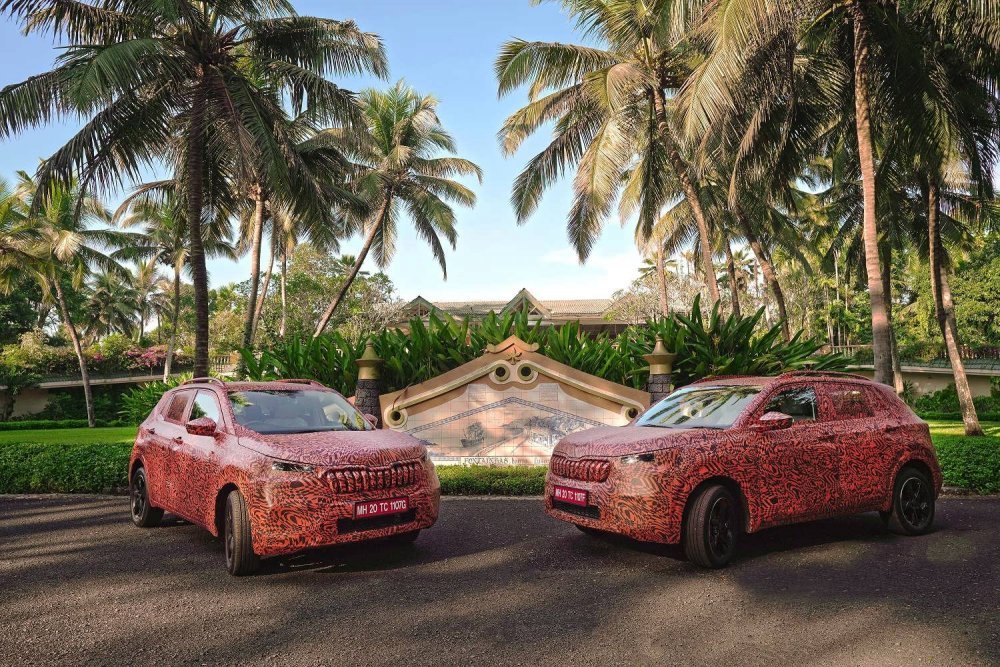 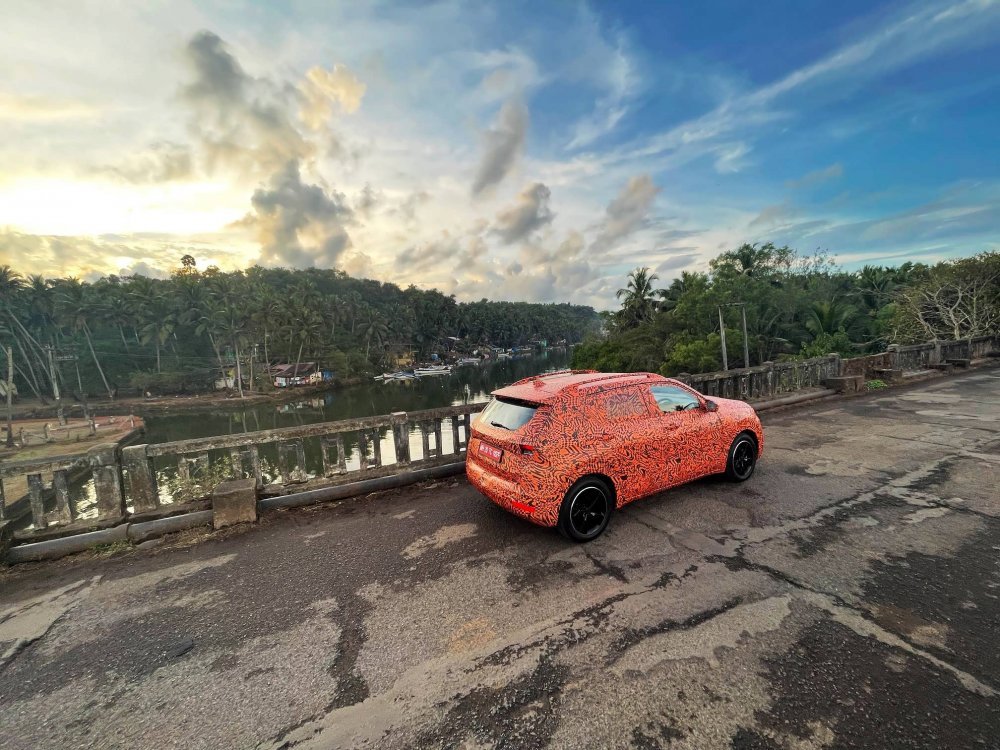 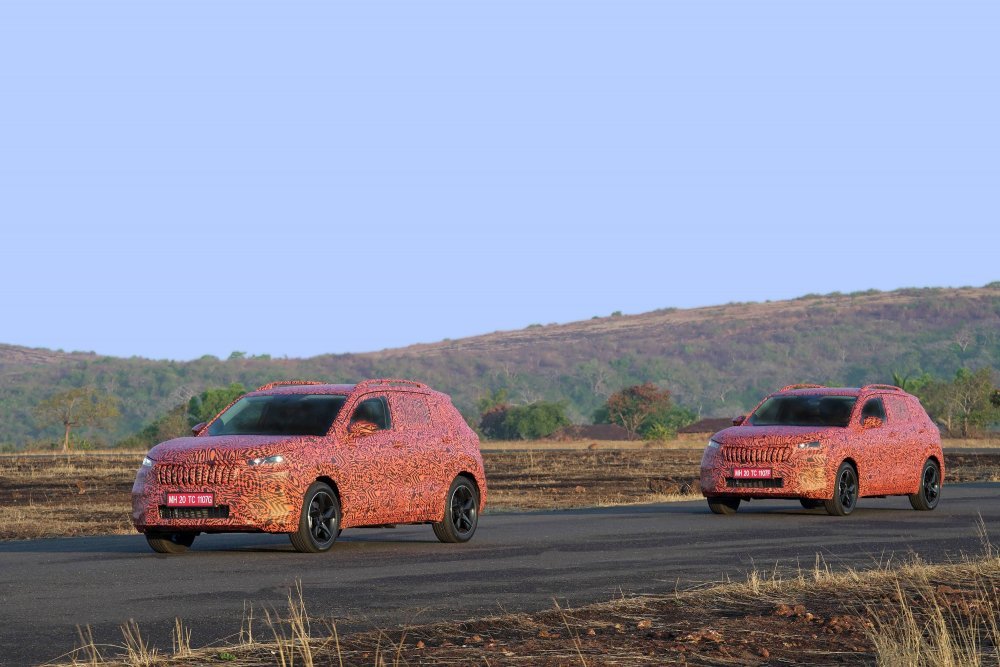 As part of the INDIA 2.0 project headed by ŠKODA AUTO, the all-new ŠKODA KUSHAQ is the first of a new generation of vehicles developed on the MQB-A0-IN architecture, built around the challenging demands of the Indian customer. Boasting traditional ŠKODA AUTO attributes of design, quality, interior roominess, equipment, dynamics, efficiency, safety and comfort, the all-new ŠKODA KUSHAQ is made in India, made for the world.

With a wheelbase of 2,651 mm, the mid-size SUV offers generous amount of interior space for passengers and luggage, while performance is assured via a choice of two powerful yet efficient TSI engines. The all-new ŠKODA KUSHAQ will celebrate its World Premiere in March 2021.

On the historic introduction of the new model, Thomas Schäfer, CEO, ŠKODA AUTO, said: “With our new ŠKODA KUSHAQ begins a new era for ŠKODA AUTO on the Indian subcontinent. It’s the region where we oversee all Volkswagen Group activities within the scope of the INDIA 2.0 project. The KUSHAQ marks the start of a model offensive consisting of four new ŠKODA and Volkswagen mid-size models. All of these vehicles will be based on the MQB-A0-IN version of the Modular Transverse Matrix, which ŠKODA AUTO has specifically adapted to meet the needs of the Indian market. I’m very confident that this model will convince our Indian customers.”

Gurpratap Boparai, Managing Director of ŠKODA AUTO Volkswagen India Private Limited, added: “The introduction of the all-new ŠKODA KUSHAQ marks the first of several launches as part of the INDIA 2.0 project. Developed in India with the sophisticated, demanding consumer requirements in mind, the forthcoming launches on the India-specific MQB A0-IN platform is a matter of pride for us. ŠKODA KUSHAQ has been built using extensive on-ground intelligence and has been localised to offer tremendous value without any compromise in our legendary quality.”

Compact yet spacious: the ŠKODA KUSHAQ

With the launch of the ŠKODA KUSHAQ – a car that has been specially developed for the Indian market – ŠKODA AUTO is entering the subcontinent’s rapidly growing mid-size SUV segment for the first time, and joins the KODIAQ and KAROQ in the ŠKODA AUTO India line-up. Based on the highly versatile MQB-A0-IN vehicle architecture, the ŠKODA KUSHAQ boasts optimal external dimensions for navigating Indian cities. At the same time, with a long wheelbase of 2,651 mm, the ŠKODA KUSHAQ offers exceptional interior room for five occupants. With a large boot capacity there is ample room for luggage too. The new SUV is highly versatile as one would expect from a Simply Clever ŠKODA.

The all-new ŠKODA KUSHAQ closely follows the ŠKODA VISION IN concept, as seen at the Delhi Auto Expo in February 2020. It merges the crisp and sophisticated new design language of ŠKODA with exquisite details influenced by traditional Indian art and architecture. The overall silhouette is sleek despite the size and yet is rugged in appearance, as exhibited by the ŠKODA AUTO SUV range. The all-new ŠKODA KUSHAQ promises to bring a new level of visual appeal when it will be seen on Indian roads. The lighting adds to the character: depending on the trim level, the ŠKODA KUSHAQ features LED headlights and daytime running lights. The tail and brake lights are also fitted with efficient and instantaneously responsive LEDs.

The all new ŠKODA KUSHAQ is powered by efficient TSI engines that transfer power to the front wheels: 1.0-litre and 1.5-litre TSI. Three gearbox options will be offered, depending on the model: a 6-speed manual, a 6-speed automatic and a 7-speed DSG. Keeping with the benefits of TSI technology, both engines will offer enthusiastic performance yet outstanding mileage.

At your service: State-of-the art connectivity and infotainment.

The all-new ŠKODA KUSHAQ will be offered with MyŠKODA Connect, a powerful suite of connectivity features that enhances the driving experience as well as security along with vehicle usage diagnosis. Over and above that, the modern infotainment systems will come with a central touch screen. Also, to ensure a pleasant interior temperature, each car features air conditioning or automatic Climatronic, depending on the trim level.

High level of safety and assistance systems for optimum comfort

The all-new ŠKODA KUSHAQ offers excellent active and passive safety as well as numerous assistance systems. Occupants are protected by up to six airbags – for the driver and front passenger, optional front side airbags and curtain airbags – while ESC as a standard for all trims, ensures increased driving safety. Hill-Hold Control, rain and light sensors and a cruise control system improve both safety and comfort. Depending on the trim level, the car will come with tyre pressure monitor to keep an eye on the air pressure.

The all-new ŠKODA KUSHAQ – the first model of the INDIA 2.0 product campaign

Since June 2018, ŠKODA AUTO has been overseeing all Volkswagen Group activities in the Indian subcontinent as part of the INDIA 2.0 project. The aim is to implement a sustainable model campaign for ŠKODA AUTO and Volkswagen in the volume segments on the Indian market. Volkswagen Group is investing a total of one billion euros in the project, including 275 million euros in research and development of SUVs and cars. The Czech brand is also orchestrating the activities of Audi, Porsche and Lamborghini in India. Almost, 30 models in total meet the requirements of various market segments and budgets.

Developed locally for the Indian market: the MQB-A0-IN

For the first time, ŠKODA AUTO Volkswagen India Private Limited is developing a vehicle based on the MQB platform. The MQB-A0-IN – developed locally – provides the technical basis for the all-new ŠKODA KUSHAQ as well as for other volume models still to come. The versatility of the platform meets the new, stricter safety and emission requirements for India and can be adapted for future regulations. The cars planned as a part of the INDIA 2.0 project aims for a high localisation level of up to 95 per cent, with technical development taking place at the state-of-the-art Technology Centre at Pune, opened in January 2019. A team of 250 local engineers have played a major role in the development of the MQB-A0-IN and contributed to the development of the platform. Their wealth of technological expertise and detailed knowledge of the local market allow for a more targeted, flexible and much faster response to changing customer needs. By 2025, ŠKODA AUTO and Volkswagen aim to achieve a combined market share of five per cent in India, depending on market and segment development.

ŠKODA AUTO has a long history in India

Back in the second half of the 1930s, the car manufacturer exported up to 90 vehicles a year to India, after several globetrotters had driven to the subcontinent in their ŠKODA AUTOs. By 1938, India had become the seventh largest of ŠKODA AUTO’s then 39 export markets. The Czech car manufacturer didn’t establish its own subsidiary in India until 2001. Currently, SAVWIPL operates two facilities (located in Aurangabad and Pune) and runs the technology centre in Pune as well as the ŠKODA AUTO DigiLab India (with offices in Gurugram and Pune), which was opened at the beginning of 2020. At present, ŠKODA AUTO’s line-up for the Indian market includes the RAPID, OCTAVIA and flagship SUPERB, as well as the KODIAQ and KAROQ SUVs.
Click to expand...
Drive Safe,
350Z

Skoda Kushaq will make its world premiere on 18th March 2021. 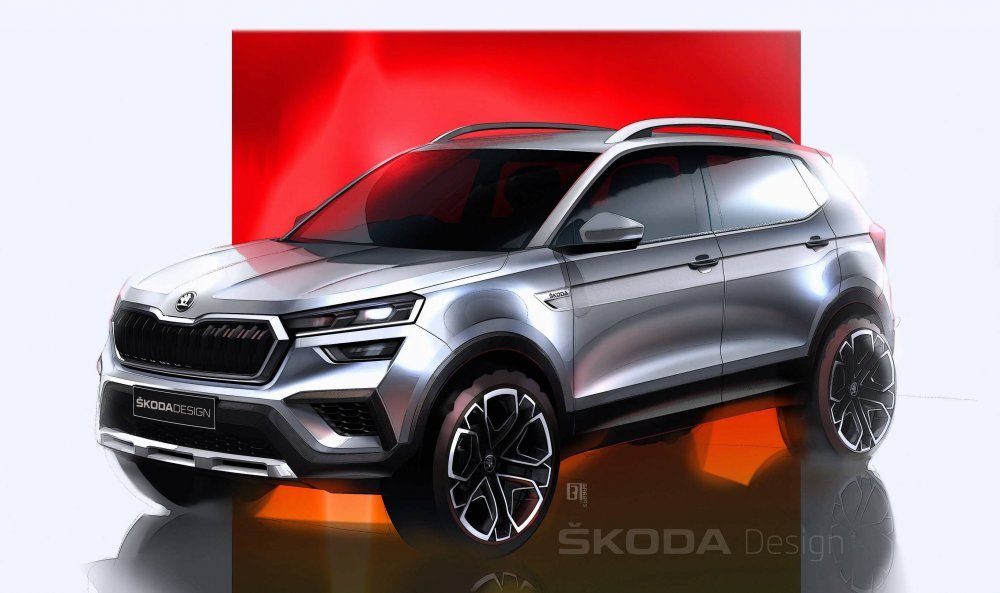 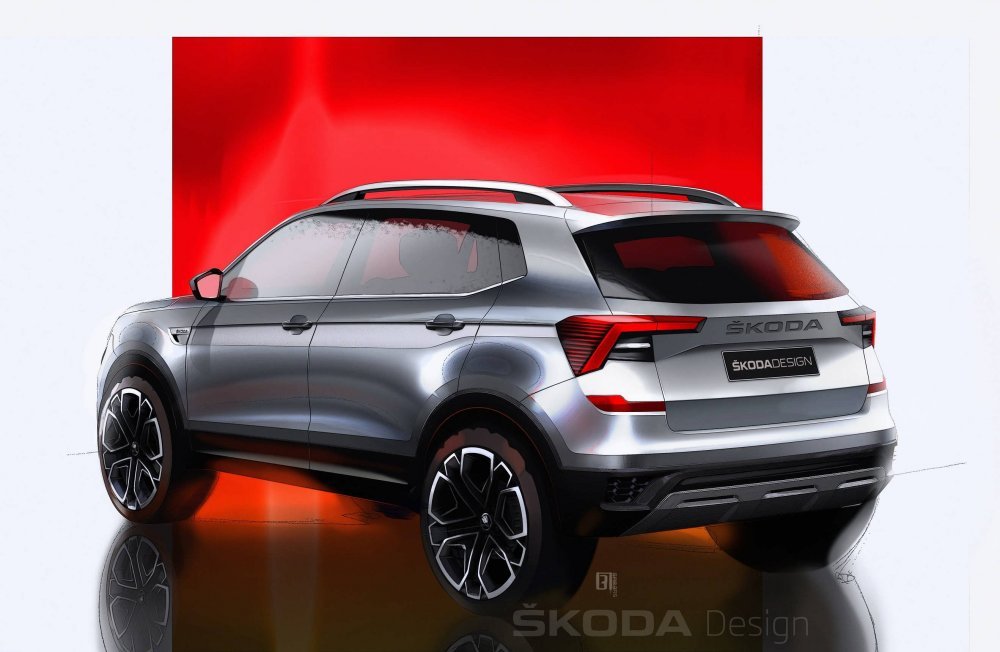 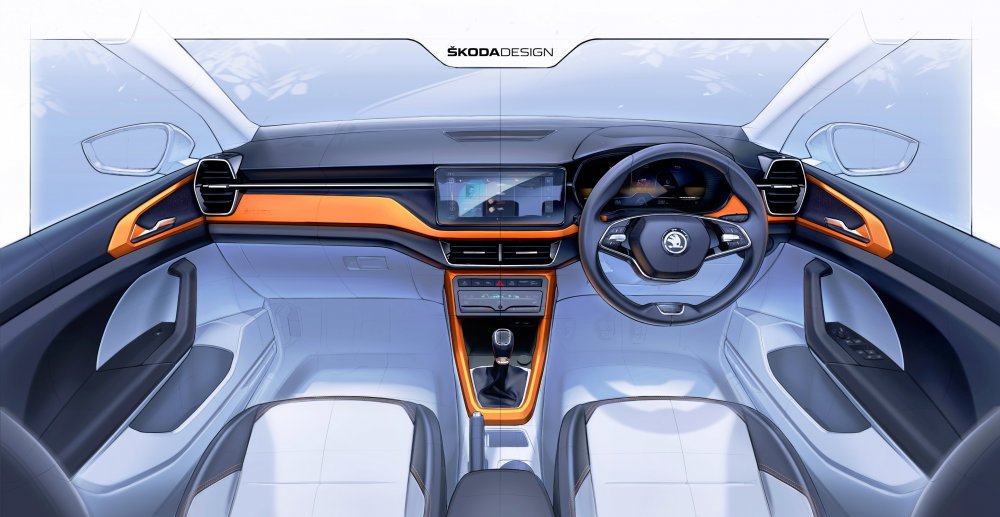 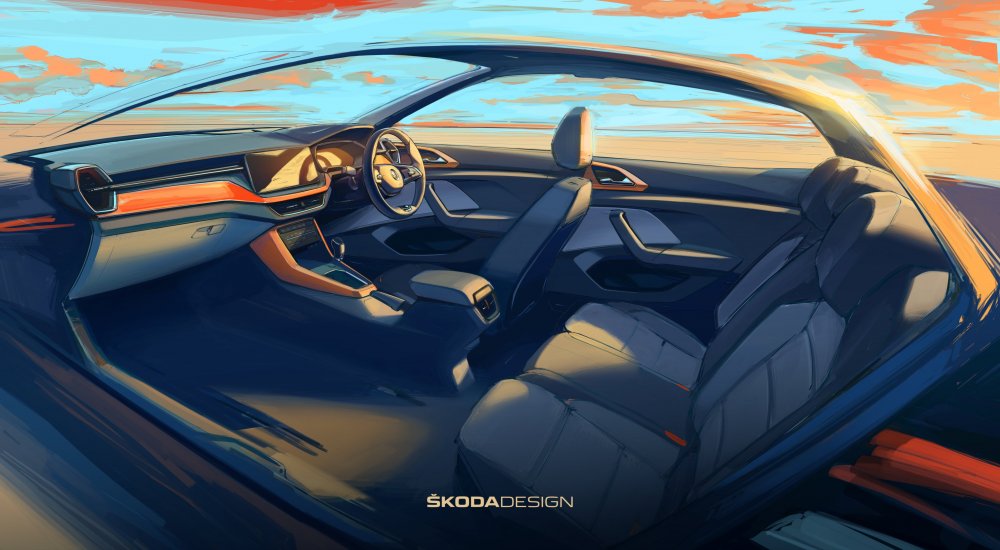 Looks very promising and if priced competitively against CRETA and SELTOS will definitely make the segment exciting. 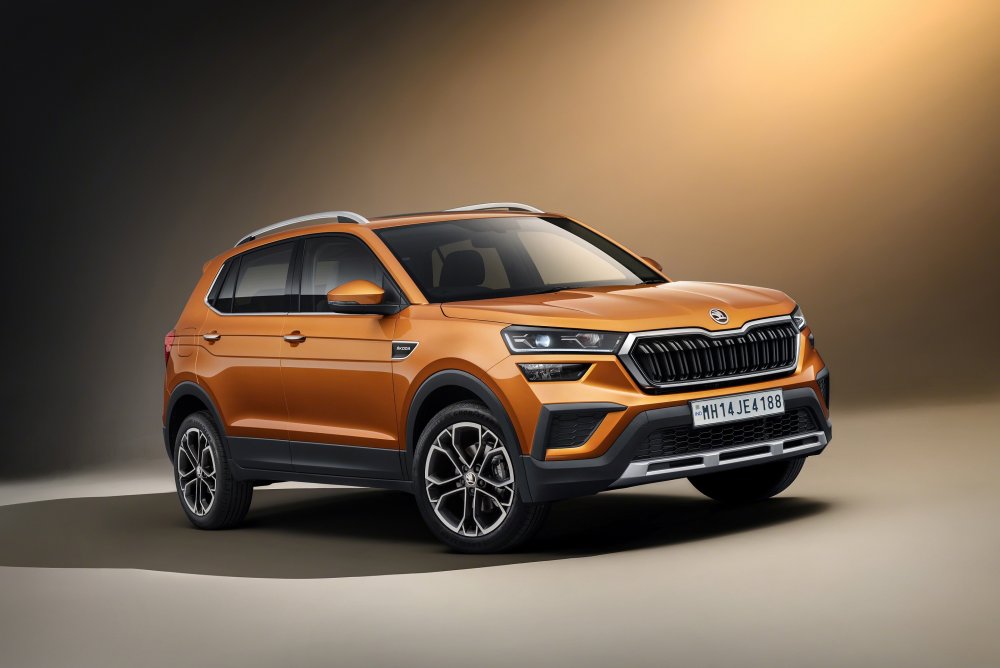 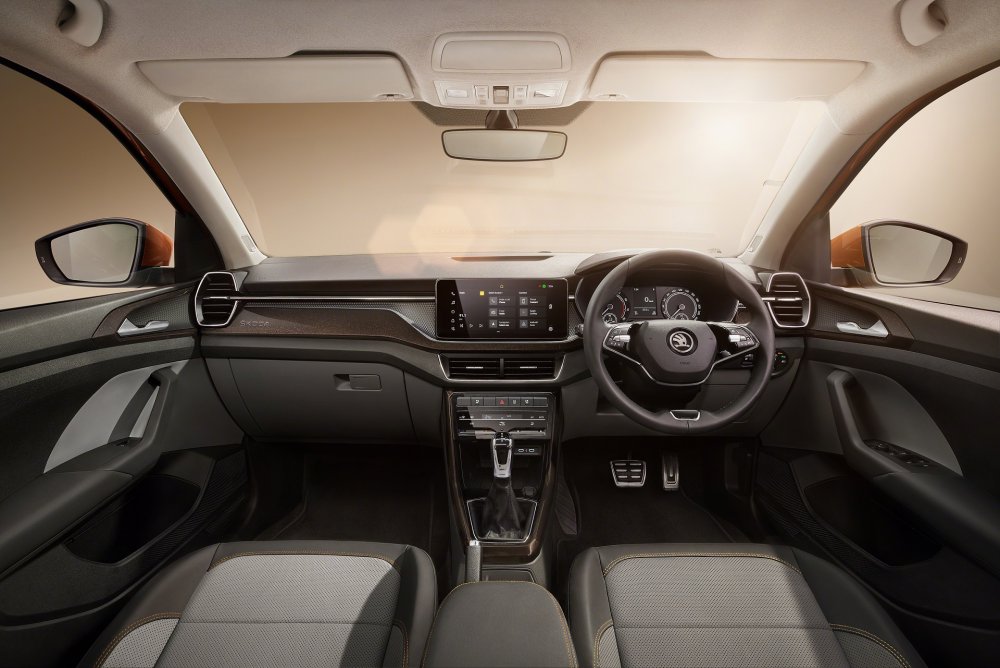 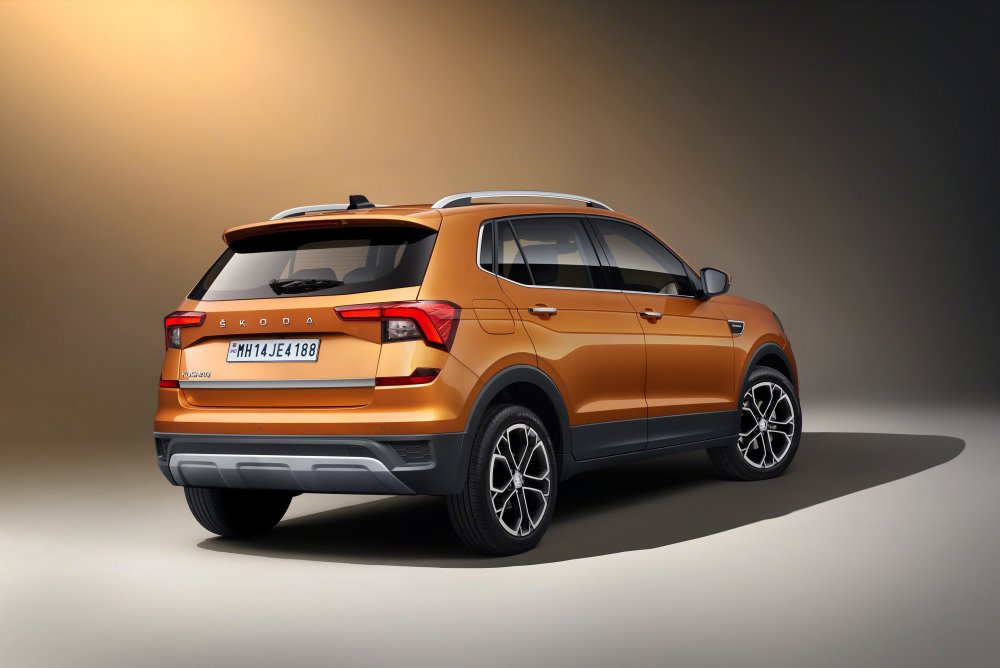 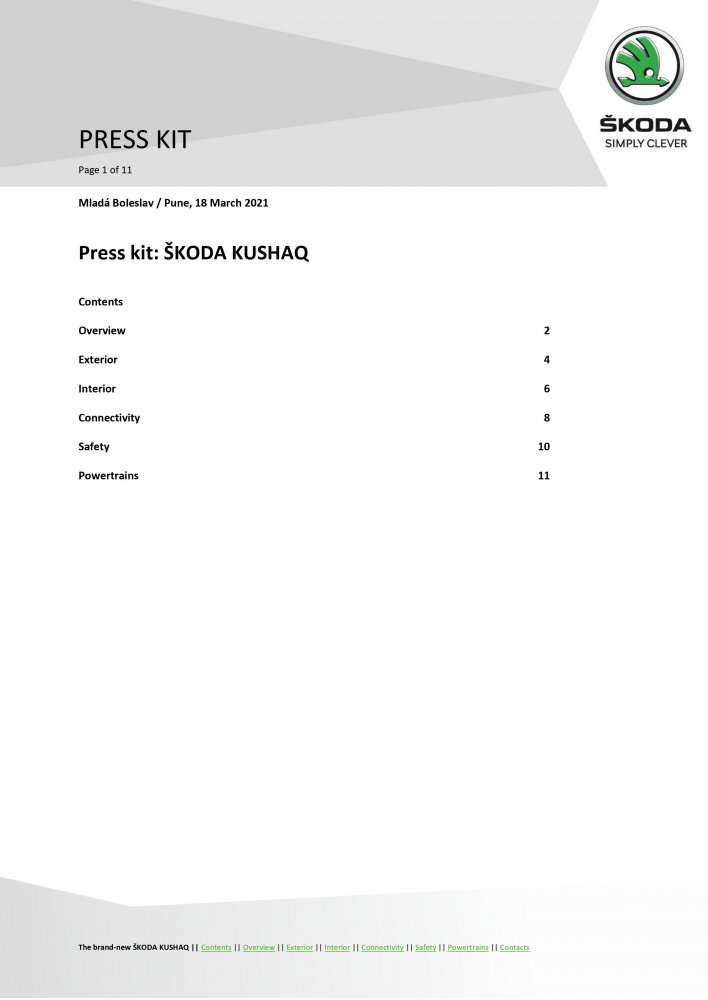 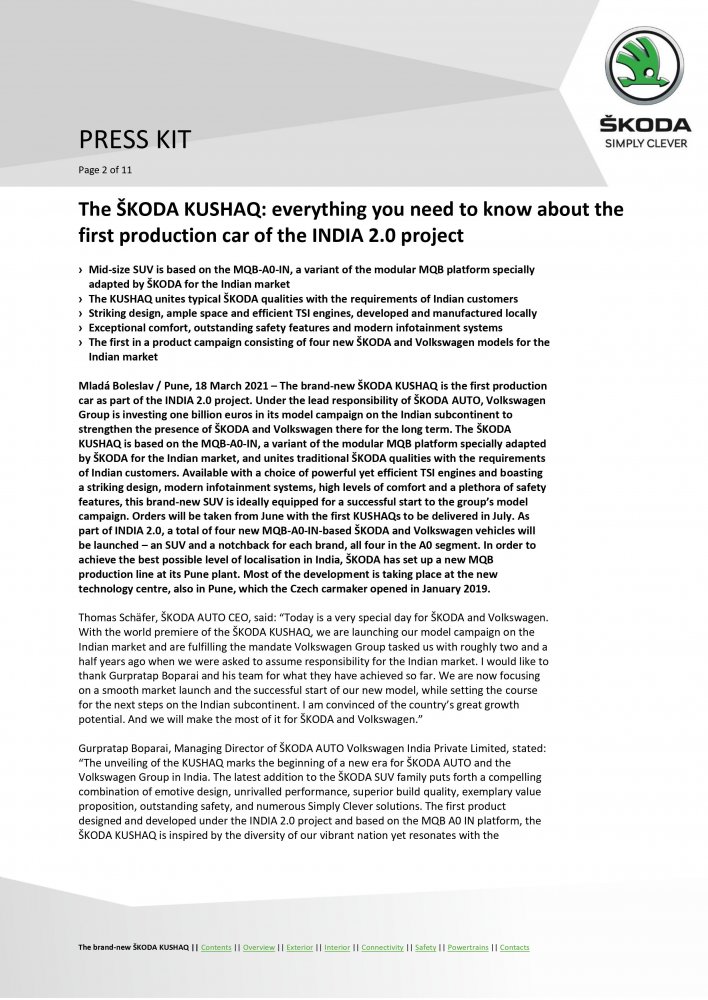 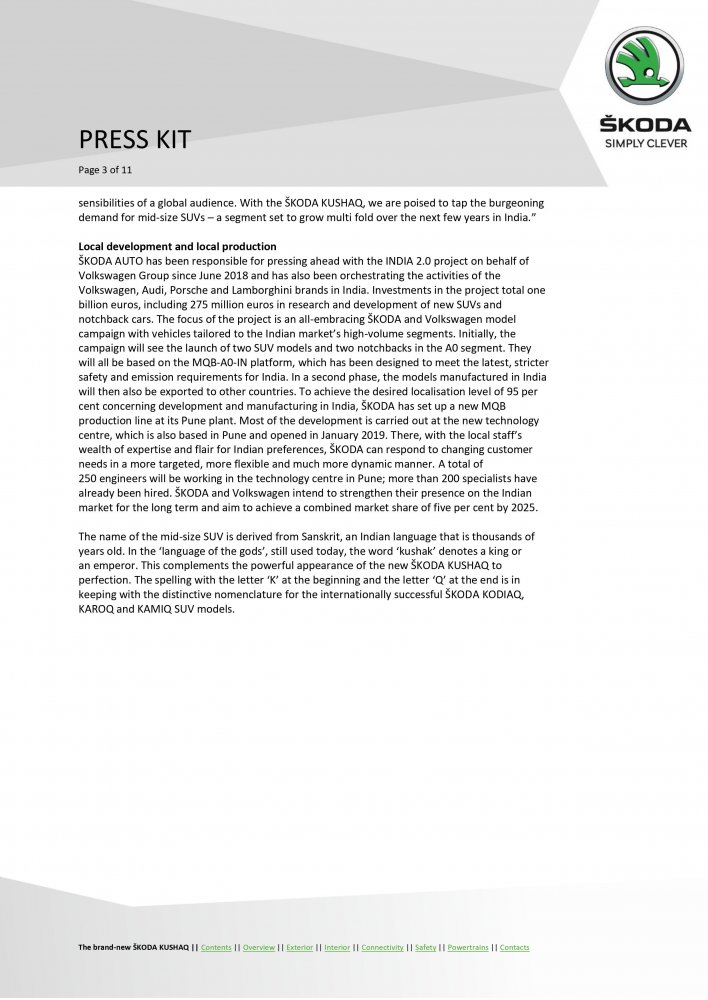 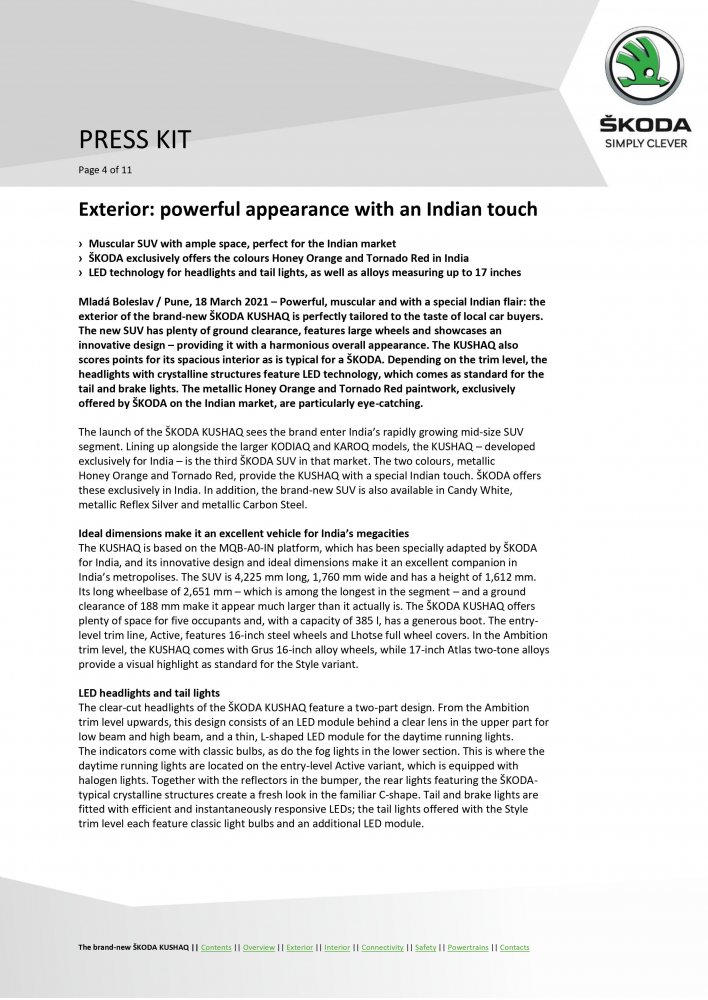 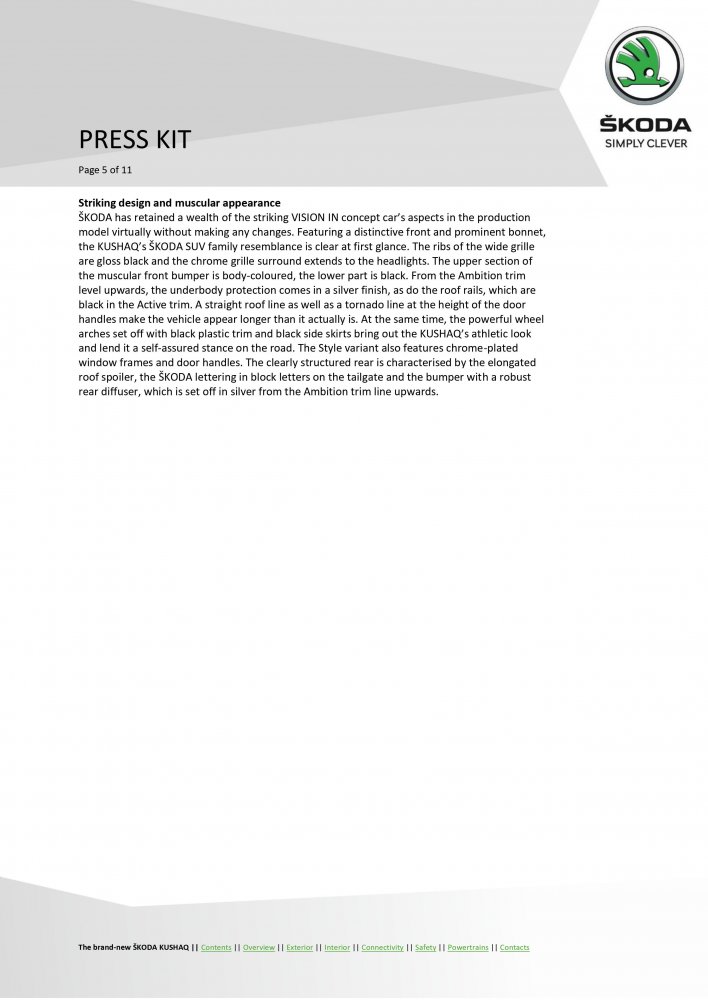 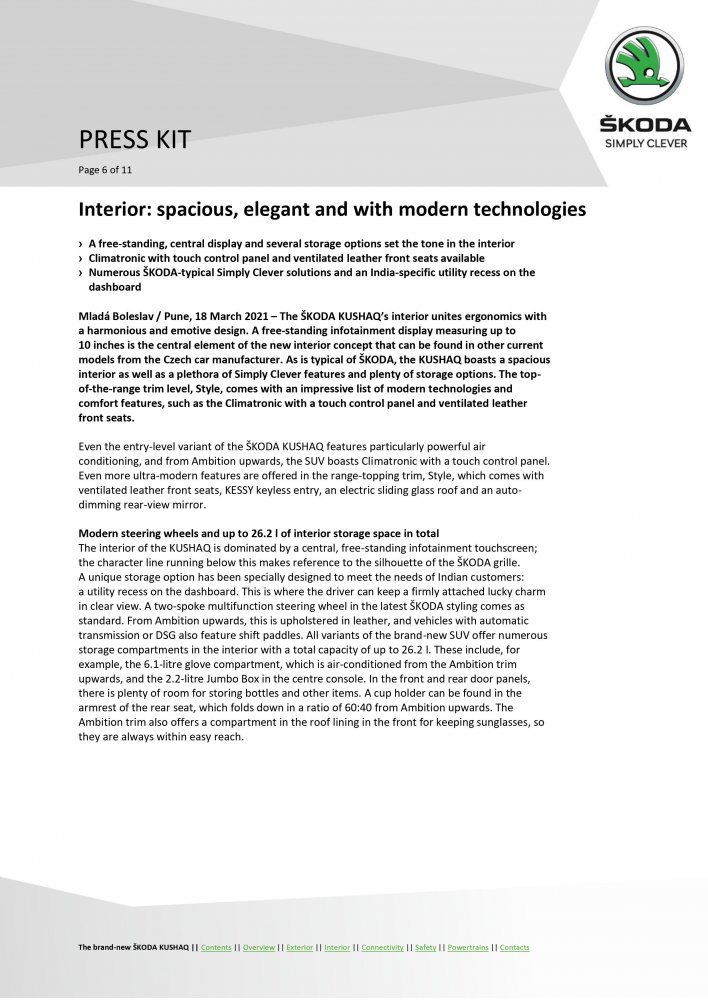 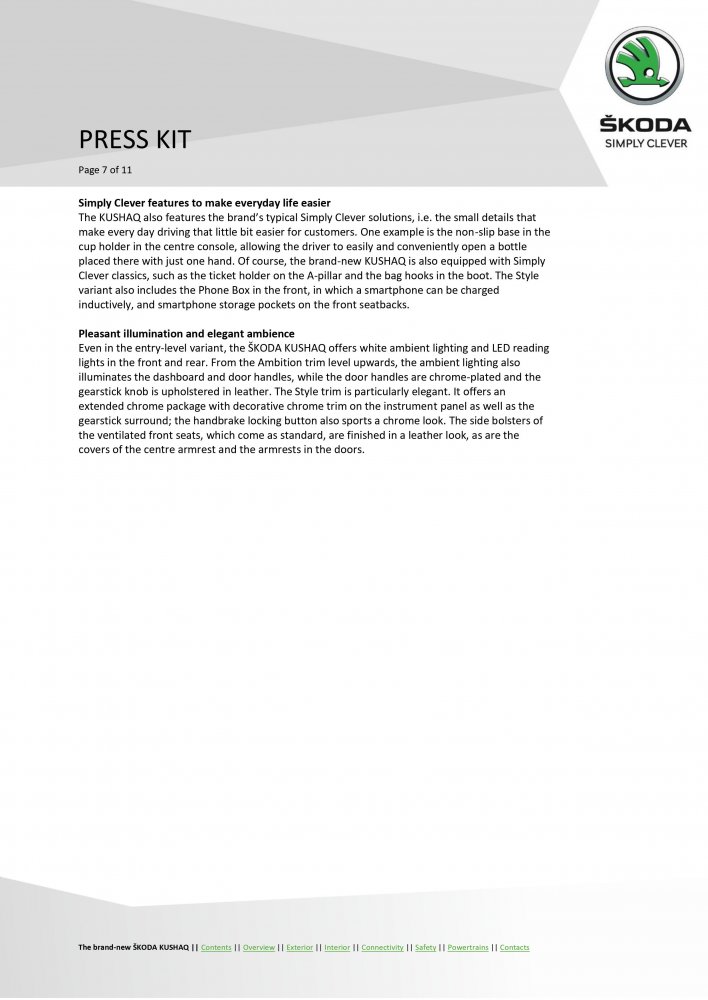 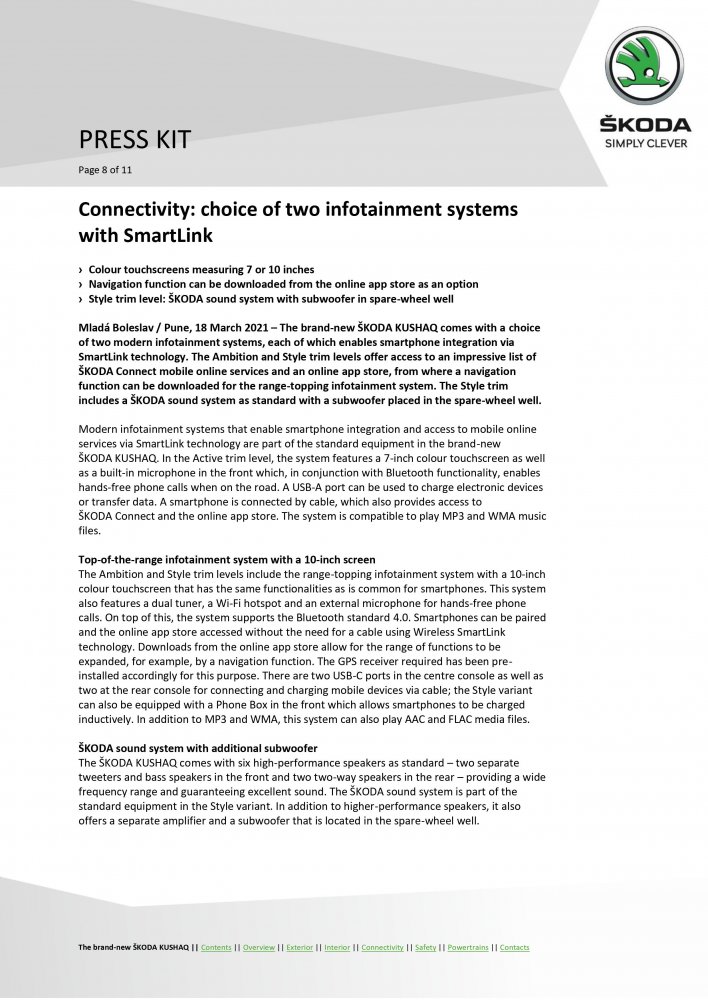 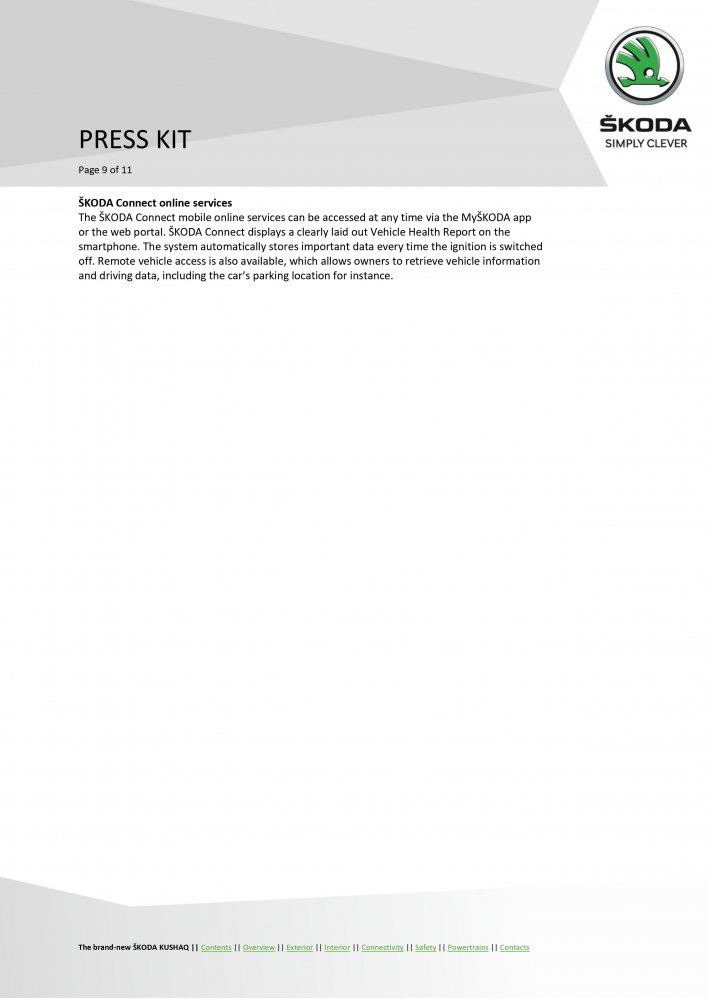 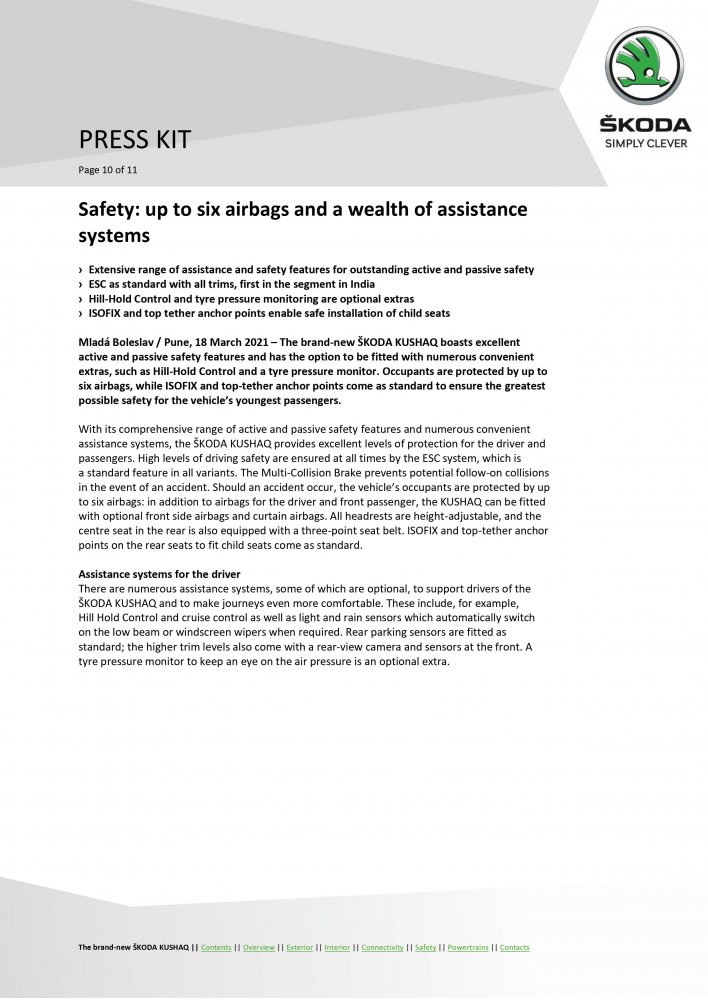 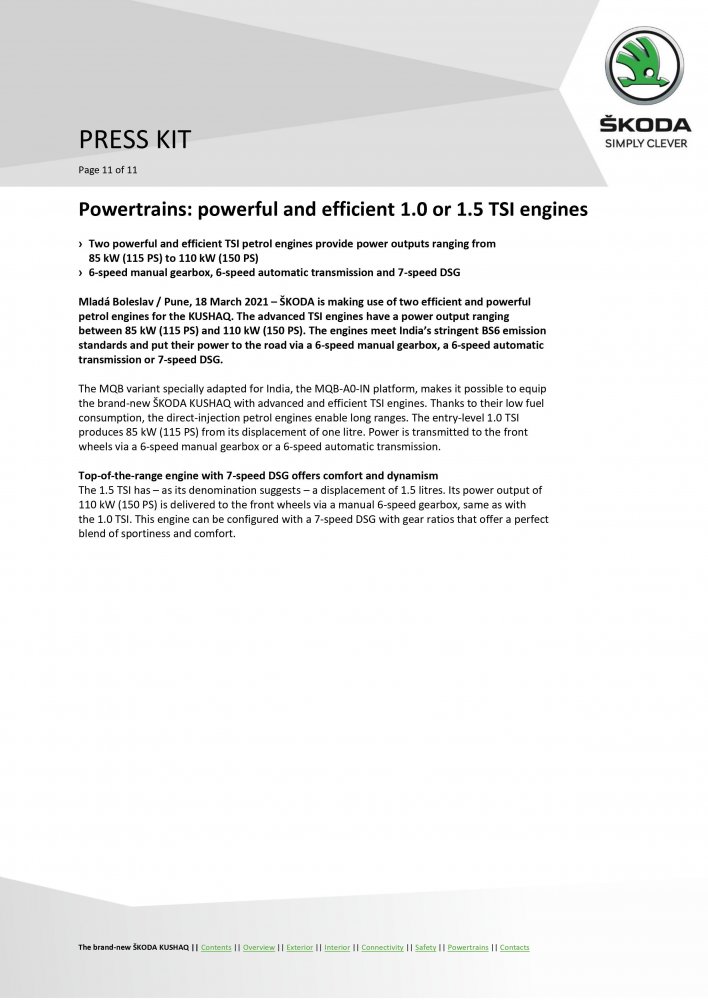