After going through many forums and threads I felt there is a paucity of information on VW Tiguan. It is understandable though as the car in itself sells very less in India even though it is the sixth most selling car globally. To set the stage, I am one of the very few Indians who took the plunge and bought the Tiguan. To say the least I am extremely impressed by the car and what it has to offer. I did check the car out when it was launched in India during mid 2017. It didn't impress me then as the information that was floating around at that moment was that it was pricey (which it is) and it has a ground clearance of 149 mm. I had a Skoda Rapid back then and that had a ground clearance of 167 mm. I was just amazed at the fact that how can an SUV have such low ground clearance and still survive on Indian roads. Unfortunately the Sales Adviser in the dealership I visited in Bangalore did not have any clue and he was adamant that it was 149 mm and the Vento which was parked next to it had 165 mm. So, my dream of buying and driving an urban luxury SUV continued to stay as a dream.

In the meantime I was impressed by Jeep Compass for it's looks and heard good things about the car from the people who bought it plus had some good reviews in the forums. Somehow, I was not convinced with almost white interiors it had and was 100% sure that maintaining it would be a herculean task. Moreover, the Jeep was not as spacious nor as luxurious as the Tiguan. It was priced almost right though. I am not fascinated by the idea of driving the butch SUVs like the Fortuner or the Endeavor or any other seven seater as most of them had the seven seats for the sake of having it and it felt too big to take around in Bangalore city with non existent parking and the famous traffic. Tiguan, Tuscon and to some extent Compass fit the bill in terms of size and then I had the option of the badge cars (Q3, X1 and GLA). Of the badge ones, I liked the X1. During Oct-Nov of 2018 I decided to narrow down my choices and decided that Tuscon, Compass, Q3 and GLA had to drop out from my list. Tuscon did not feel much different in the inside from a Creta and felt that it didn't justify the price, Compass did not have the automatic in Diesel and the white interiors was a turn off, Q3 and GLA did not offer anything more than X1 would do. So the shortlist was Tiguan and X1.

In the meantime I had figured out Tiguan had close to 190 mm Ground Clearance and it is unlikely to scrape the underbelly anywhere unless you take it to the rocks. Took the test drive of X1, was impressed with the drive and luxury. Somehow didn't feel that I was sitting in a SUV as it was more car like to sit. Test drove the Tiguan and felt it was close to X1 in terms of the driving pleasure, maybe around 90% and was more spacious, more frugal, more SUV like and easier on the pocket with all the year end offers and exchange offer for my Rapid included it just turned out to be a very sweet deal.

The offer the dealership in Bangalore provided made the Comfortline Variant of the Tiguan cheaper than Tuscon and with added close to 30% more value for my Rapid w,r,t market value if I traded in Rapid for Tiguan made me take the plunge and buy the Tiguan Comfortline in Nov, 2018. I have driven around 5000 KMs since then in Bangalore city, highways, ghats, express ways etc,., and am thoroughly enjoying my drive.It is a superb car and I would like to keep this thread active with any information I have both good and bad on the Tiguan and would encourage other fellow owners and enthusiasts to contribute to the thread which will help all of us. 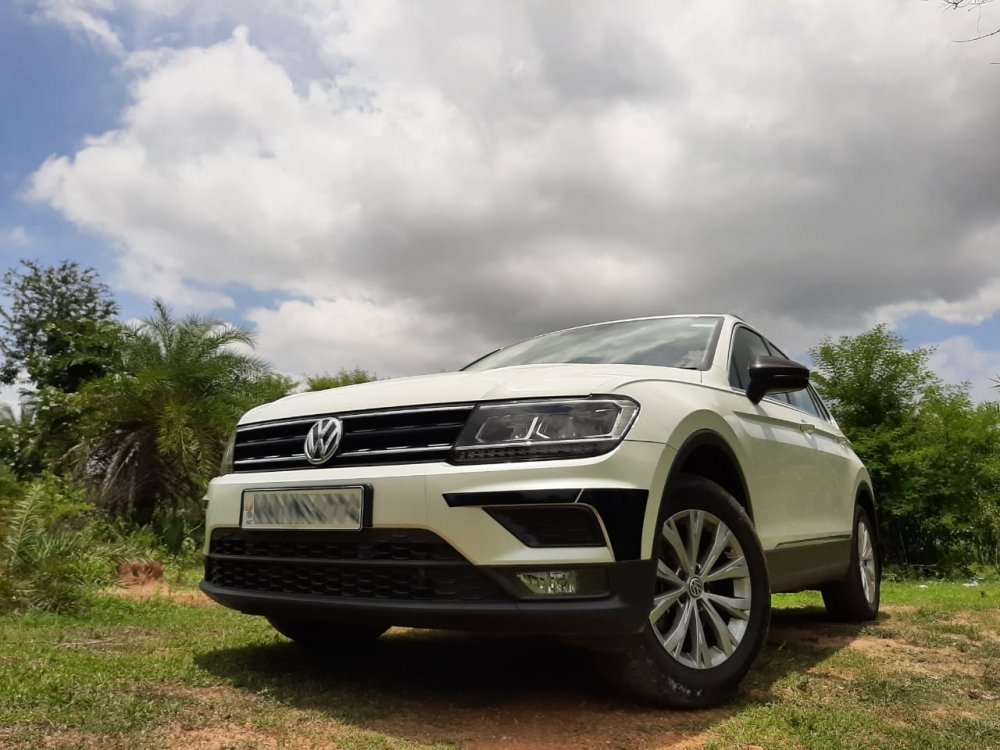 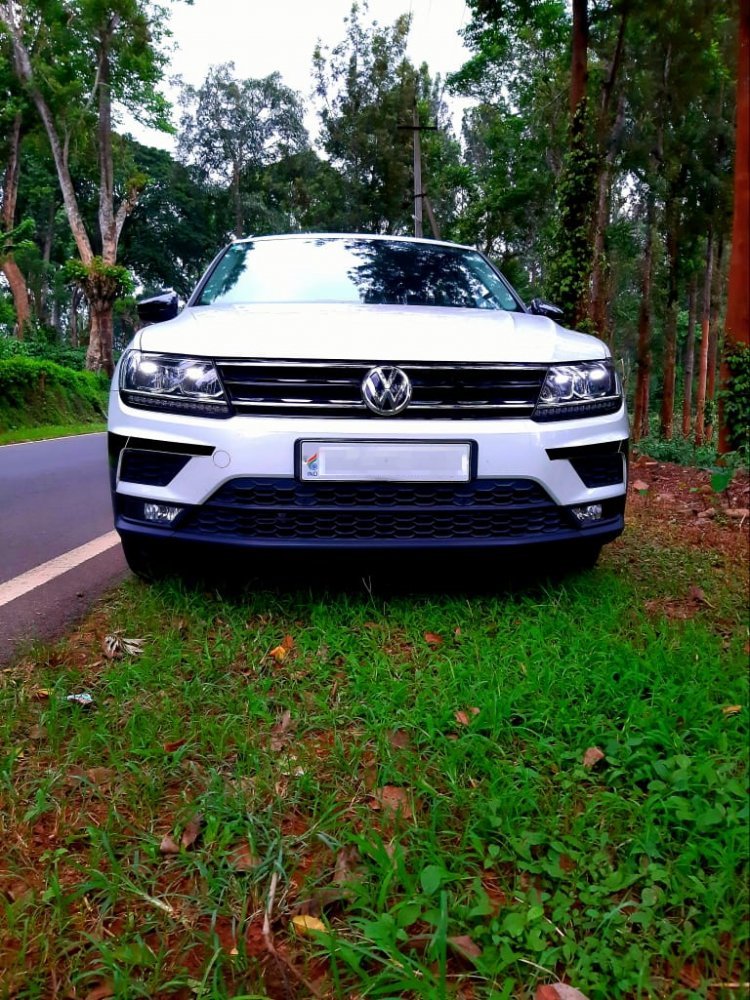 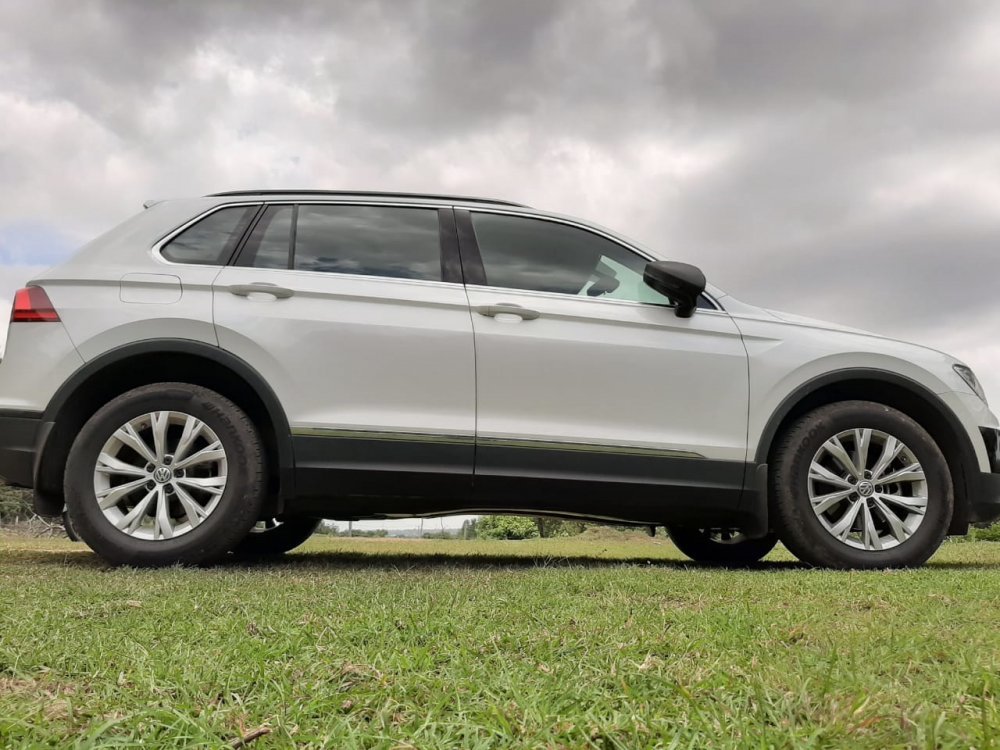 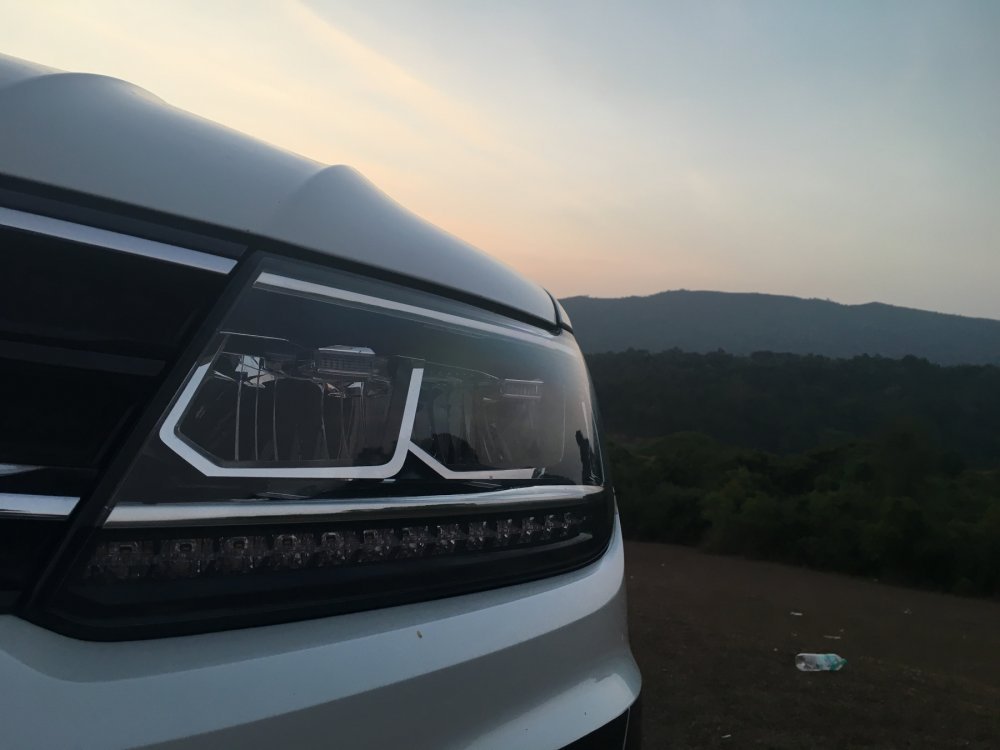 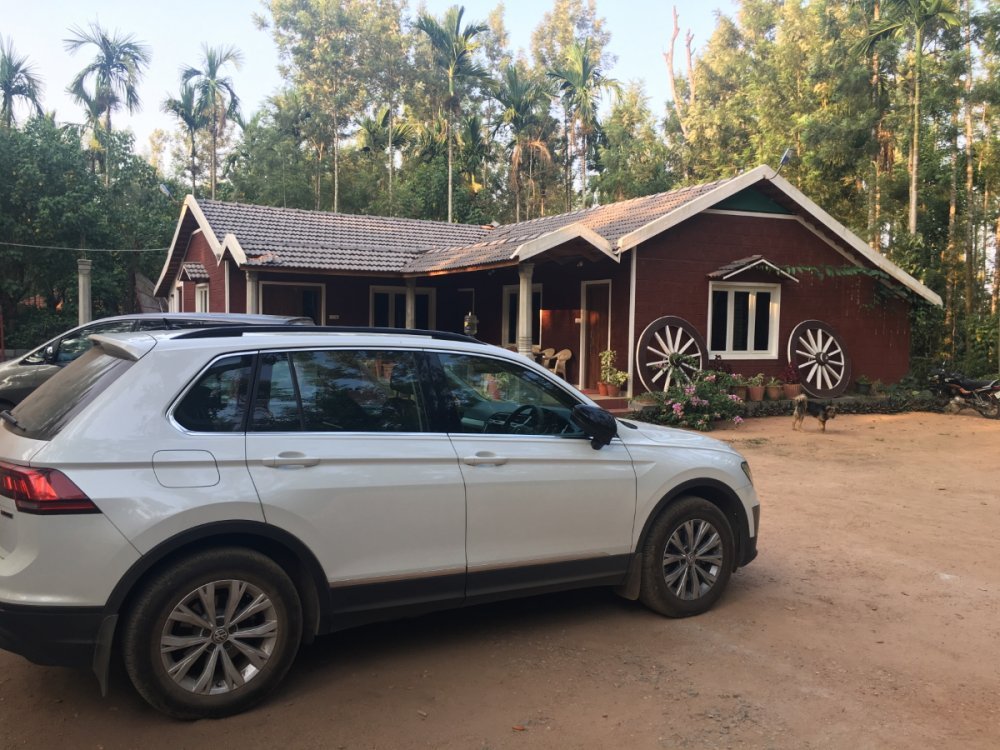 Appreciate your decision to "take the plunge" and pick the Tiguan up.

BTW, did you even consider KODIAQ ?
R

Yes, I did consider Kodiaq when it was launched. Did a test drive and felt good about the car. Did not choose Kodiaq over Tiguan for the following reasons. Kodiaq was more towards luxury and less towards sportiness. Tiguan, though not as luxurious as the Kodiaq but was more sportier and did have a good balance between luxury and sportiness. Was not really keen on a 7 seater which Kodiaq was. Kodaiq had only one variant and was pricier than Tiguan even though the value for money was higher in the Kodiaq for what it offers vs Tiguan. With all these factors coupled with the deal I got for Tiguan made it a compelling buy over any other cars that were in my mind.
R

The highest mileage I got from my Tiguan on a mix of easy and spirited driving on Bangalore-Mysore road.

Kumar_CarFreak said:
Cool. And what was the least (FE)?
Click to expand...
In the famous Bangalore traffic the least I got is around 8.4 KM/L. On an average just driving in Bangalore city I get around 10.5-11 KM/L with full AC on and an average of 15 KM/Hour.
R

I got my 15,000 KMs (first paid service) done for my Tiguan a few days ago. It costed me around 18.5 K INR for regular service which included replacing the oil, changing all the filters including fuel and other general checks. I didn't get the wheel alignment done from the authorized center as I prefer to do it outside which is cost effective.

The car per se has been fantastic. Enjoy driving every time I take it out, which is almost every day :). The only thing I had to change during the service was my rear brake pads. It was in the last 10% and thought I might as well change during the service than taking it back to the center after a month or so. The cost of brake pads including service charge was around 6 K. If I need to change both front and rear brake pads it would be somewhere around 15 K. I feel that it's in the expensive side. However, for what it offers in terms of braking performance I think you can ignore the fact that it's expensive.

I did a rough calculation on the operating costs per KM (including fuel and maintenance, wear and tear etc), it came around Rs 7 per KM.

No ownership review is complete without some pictures. Do add them soon. Plus upload the bill here for other to see the items charged. Hide your personal information.
R

The bills. Apologies for the lack of clarity. Unfortunately their printer had issues I guess. However, you can see the breakup (General Service ~ 18.5 K INR) and Rare Brake Pad (~6 K INR)

The maximum fuel efficiency I got. Speed was not more than 110 KMPH. The mileage stayed constant for almost 200 KMs. From Bangalore to Coorg. It had dropped to 18 KMPL by the time I reached Coorg.

I just saw this thread and It busted the myth I had in my mind - that VWs have low FE. It's great to see a Volkswagen and that too a Tiguan having such a great FE. Looks like you're enjoying it to the fullest! Have many lakhs of happy miles with your car mate.

Nice images. I've added them to the opening post for a better readership experience. Please keep this thread updated.

THE_DRIFTER said:
I just saw this thread and It busted the myth I had in my mind - that VWs have low FE. It's great to see a Volkswagen and that too a Tiguan having such a great FE. Looks like you're enjoying it to the fullest! Have many lakhs of happy miles with your car mate.
Click to expand...
Thank you :). Yes am enjoying the drive. Hope to keep enjoying and not hitting any road blocks with reliability issues. Have been checking around and have not heard of any major reliability issues for Tiguan in India yet. Only things I have heard is to with the stock battery dying sooner than expected. However, the major gripe with Tiguan is that all the components are expensive and imported. Hope more people buy the car in India and we have easy availability of parts. As a car it is excellent though.
R

Everyone,
Lots of discount offers on Tiguan. With the discount of 4.5 Lac I think now the Tiguan is quite attractively priced. What do you guys think?
T

razakkm said:
Everyone,
Lots of discount offers on Tiguan. With the discount of 4.5 Lac I think now the Tiguan is quite attractively priced. What do you guys think?
Click to expand...
I agree. A friend never took in consideration of Tiguan but just casually inquired. Now with discounts, car is in his budget and seriously thinking to buy the Highline variant.
You must log in or register to reply here.
Share: Facebook Twitter Google+ Reddit Pinterest Tumblr WhatsApp Email Link
Top Bottom