oh
you must be really really happy 350Z!
now you can see more of this i hope!

Beetle might change the Fiat 500's fortune, who knows

If VW can assemble this car here then the prices will be more affordable and we can get to see more beetle's on road!!


Hey what about the VW touareg?? I heard its being launched today in India??

There are quite lot of confusions reagaring Touareg!

This car made an unofficial entry to India before few months!

But now VW wants to add Touareg with beetle to give official launch!

Well the Touareg has already made its official debut in India along with Beetle, Yesterday.

Oh, so everybody is busy with beetle.

Any more details on Touareg??

350Z said:
Well the Touareg has already made its official debut in India along with Beetle, Yesterday.

Drive Safe,
350Z
Click to expand...
This probably the first and the last time we see a small car over-shadowing a big car.

The Beetle deserves every bit of the shimmering glory it has attained. 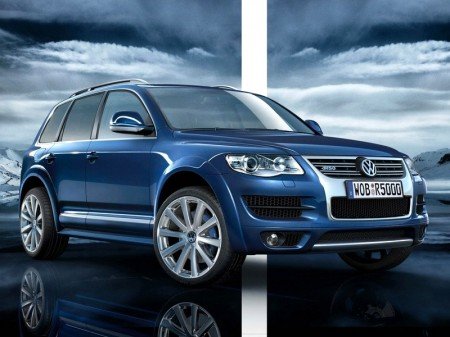 Volkswagen Touareg
The Touareg comes with a 3.0 Litre TDI V6 Diesel engine which develops a maximum power of 240 bhp @ 4000-4400 rpm. The engine is mated to a 6-Speed DSG gearbox which drives all four wheels permanently for optimum performance under all conditions. The SUV accelerates from 0-100 kph in just 7.8 seconds. Touareg also comes with all the features of a luxury SUV like electric sliding sunroof, 12-way electrically adjustable seats, electrically foldable outside rear view mirrors, leather upholstery and 230V power socket in the luggage compartment. Its tough too with an impressive water wading depth of 500 mm, hill climbing ability of 45 degrees and 35 degree side slope angle..
Volkswagen will also start the production of the soon to be launched Polo hatchback at Chakan plant starting from 12th December 09. The booking for the new Polo will start in January. 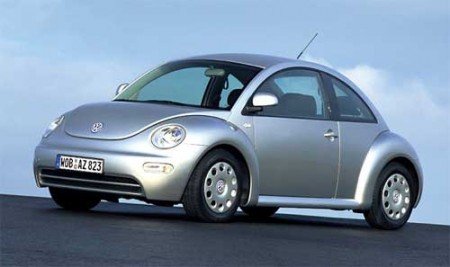 Volkswagen Beetle
Volkswagen has started the brand building exercise in the Indian market ahead of the Polo launch by introducing a couple of CBU’s, the iconic Beetle and the Touareg SUV. The new Beetle has been priced at Rs 20.45 Lakhs while Touareg can can be yours for Rs 51.85 Lakhs.
The Beetle comes powered by a 2.0 litre 4 cylinder engine with 115 bhp of maximum power @ 5400 rpm and is mated to a 6 speed automatic transmission.It also comes equipped with safety features like 4 Airbags, ABS (Anti Lock Braking System), ESP (Electronic Stability Programme) and engine immobilizer. Comfort and convenience features include 6 CD Changer, power steering, body colored exterior mirror housing, 15″ alloy wheels and heat insulating tinted glasses.

Any details on the price of Touareg??

The Price will come around 55Lakhs OTR!

Arun said:
This probably the first and the last time we see a small car over-shadowing a big car. The Beetle deserves every bit of the shimmering glory it has attained.
Click to expand...
Another reason is that Touareg is quite a familiar SUV to India where as the Beetle is an all new product.

cooldhaya said:
Any details on the price of Touareg??
Click to expand...
Volkswagen Touareg is priced at Rs. 51.85 Lakhs Ex. Showroom Delhi.

They proudly drive away with the New Beetle

The smiles were not masked on a bright Sunday morning. The families had much to be thrilled about when they took delivery of the first three Volkswagen New Beetles on Sunday.

H Nandi, managing director of a leading company in the networking and last mile access segment, was one of the proud owners. Looking on lovingly at the New Beetle car, he took delivery with his family. The other two owners are from two major construction companies in the city.
All the three cars were in geckho green — a pale shade of the colour — with sleek lines and a welcoming flower stuck near the steering wheel. Each of these Volkswagen New Beetles costs upward of Rs 20 lakh. The handing over was followed by a rally of the other vintage bugs in the city, the members of the Bangalore Beetle Club. Founder of the club, Chitra Shyamsundar, said the rally was being held for a cause, though the new cars were in fact a cause for celebration. The rally went from the Volkswagen showroom on Palace Cross Road to Infantry Road, Cubbon Road, through old Airport Road to KGA Golf Course.

The Volkswagen original Beetle was an economy car produced by the German auto maker Volkswagen (VW) from 1938. It was the benchmark for American compact cars such as the Chevrolet Corvair, and subcompact cars such as the Chevrolet Vega and Ford Pinto. The car was known as Kafer, the German word for beetle, from which the English nickname originates. It was not until August 1967 that the Volkswagen corporation itself began using the name Beetle in marketing materials in US.

In 1998, many years after the original model had been dropped from the lineup in most parts of the world (production continued in Mexico until it was discontinued officially on July 9, 2003), VW introduced the New Beetle (built on a Volkswagen Golf Mk4 platform) which bore cosmetic resemblance to the original. The New Beetle was designed by Mays and Freeman Thomas at the company’s California design studio.
New Beetles are manufactured at Volkswagen Group’s Puebla, Mexico assembly plant. The car, with its (water-cooled) engine at the front, is related to the original only in name, general shape and some styling cues.

Pictures of Launch from IAB : nice picstures!!
but somehow beetle does not impress me much
but the Toureg sure does!!