Nick Bloor, CEO of Triumph Motorcycles, said: “India is a very important motorcycle market and Triumph has assessed it carefully before deciding to invest. India is the second largest motorcycle market in the world and it continues to grow in all segments. Triumph’s planned launch into the Indian market, which is scheduled for later in 2013, confirms the British business’ commitment to this emerging market. We see it as the next step in our global business model and this week’s visit will, I hope, help us to foster further relationships with local businesses to allow us to progress our plans within the Indian market.”

Triumph is going to make their Indian debut this November. It’s now official.

I highly doubt that the prices are going to remain the same as announced at the auto expo.

Drive Safe,
350Z
Click to expand...
Triumph brand will debut on 28th November 2013. Further information will be out around the launch date.


Triumph India’s Microsite is now up which states the range of models expected to debut. Here’s the link. 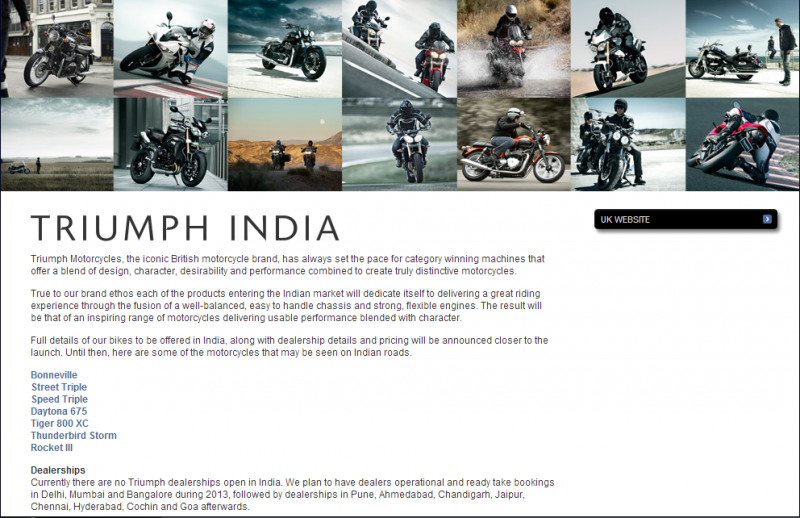 
The Triumph launch event has commenced. Tune into the live webcast through this link. 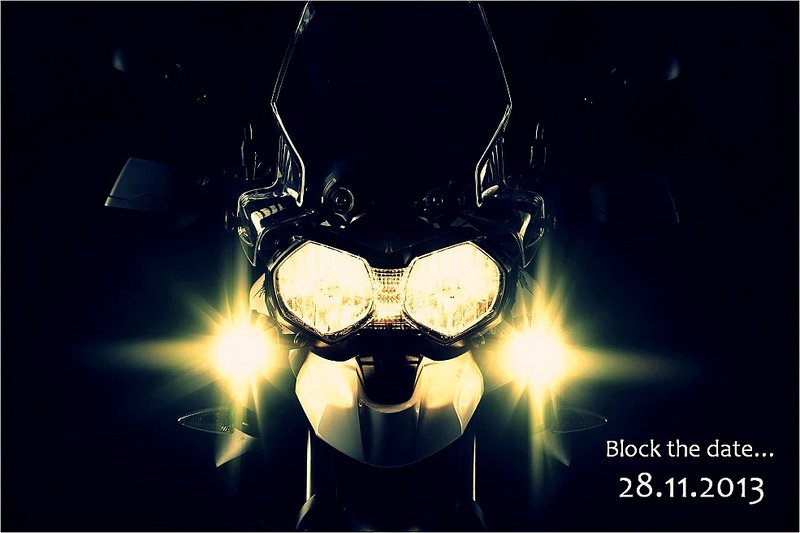 Looking at the cost in the pic below, i want to pre book the bike. 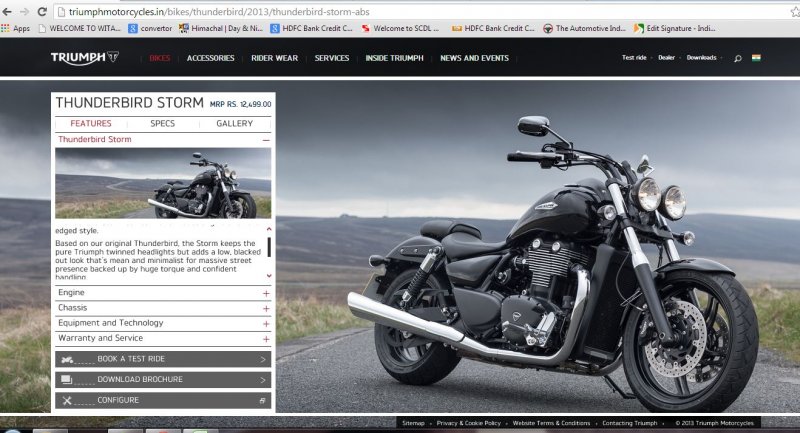 I spotted Tiger Explorer on IRR (coming towards Domlur), last saturday around 3pm. It just went zoom once the signal opp to EGC turned green. Just loved the ride.

I was awestruck that i forgot to click pics

Triumph has sent out a teaser sharing about its upcoming bike on 18th September (Most likely Thunderbird LT). 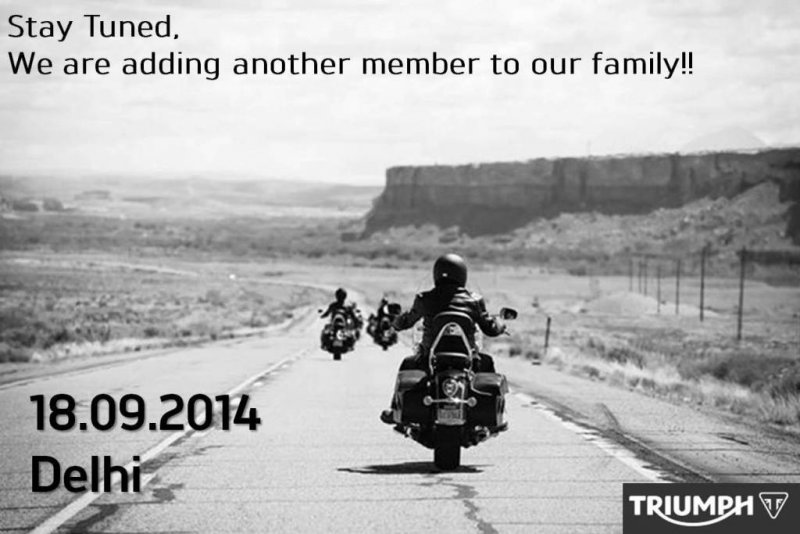 350Z said:
Triumph has sent out a teaser sharing about its upcoming bike on 18th September (Most likely Thunderbird LT).​
Click to expand...

It's officially and actually Triumph Thunderbird LT only. 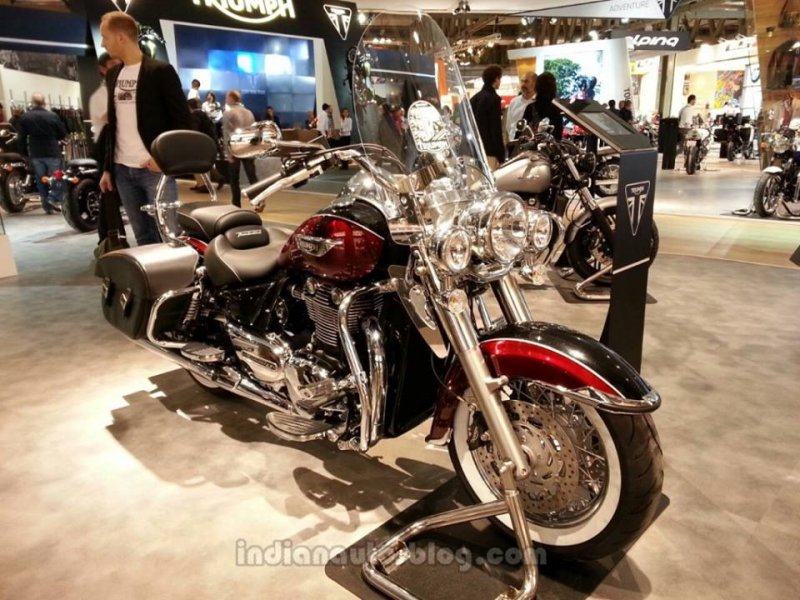 Though still relatively young in India, the global resurgence of Triumph has been an interesting story to track. With its portfolio looking solid, including the one in India, here is its next big thing - the upgraded Tiger 800 series bikes. The outgoing models, the Tiger 800 XC and the Tiger Explorer XC, will be replaced by updated variants. Triumph's bestseller - the Tiger 800 range - was recently launched at the EICMA show in Milan, and we got a chance to ride two out of the four new exciting additions i.e. the fully-loaded Tiger 800 XRx and the XCx.
The tourer, XRx, looks fairly dynamic though the styling changes are minimal except the new finishes to the engine and the frame. The instrument panel doesn't look too cluttered despite the fact that bike comes packed with features, including an advanced trip computer, 3 configurable rider modes, auto-cancel turn signals, cruise control, hand guards, an adjustable windscreen, and two 12-volt power sockets.
The trip computers on the X variants display additional information like journey time, average speed, mileage, range to empty and instantaneous fuel consumption. The quality of the switches is impressive but the buttons are not exactly within reach when riding. Also the new gadgetery on-board can be quite intimidating at first, and takes some time to get used to. The subtle changes to the design also add functionality; for example, the fuel tank styling ducts to draw hot air from the engine away from the legs. The radiator area is a bit more wider to streamline more air to cool the engine. The Tiger 800 XRx is more focused on riding with quite a bit of adventure biking character thrown in, but one of the major improvements is the engine refinement and efficiency. It is quieter, quicker and very responsive, which is coupled with very precise gear shifts. Triumph has also managed to boost efficiency on the Tiger by 17 per cent, so you get over 430Kms to ride, once you fill up the 19-litre tank. That said, the Triumph Tiger is a big and tall bike, and shorter riders may struggle a bit. However, you can adjust the seat to the riding position you prefer by about 20 mm. Once on the saddle, it's nice and easy riding stance and perfect for long rides.
Also what's really new and exciting is the availability of traction control and switchable ABS on all four models. The ABS can be turned off on these bikes to allow riders to slide into some corners with the rear brake in offroad terrain. But only the top-end XRx and XCx get cruise control and three riding modes to control throttle maps, ABS and traction control. Traction control can be set to Road, Off-Road or Off, depending on the terrain. Both, the XRx and XCx, offer three riding modes, namely, Road, Off-road and Rider mode. In the road setting, ABS, Traction Control, and Throttle Map is automatically selected, while in the off-road setting, ABS and traction control intervention is reduced to allow for a level of slip and slide. Finally, in Rider mode, ABS, Traction Control, and a choice of 4 Throttle Maps can be set up independently.
The four throttle maps include Rain, Road, Sport, and Off-Road. The Rain map reduces the throttle response to suit wet and slippery situations, the Road setting is extremely linear and smooth for regular riding, and Sport mapping offers a sharper and quicker response with less of an actual throttle twist required. The Off-Road setting provides the optimal throttle response to face dirt tracks and unpaved terrains. These modes can be changed even when riding by pressing a button on the instrument panel followed by the release of the throttle and pull of the clutch lever. All the new variants of the Tiger 800 have ride-by-wire throttle for a smoother engine response, and we got to experience it on the winding mountain roads around Spain. We were surprised with the XRx's confident handling, especially around corners, and the solid braking. The bike weighs over 200 kgs and is, hence, not the quickest off the blocks, and yet lets you have some fun at higher speeds with excellent throttle response. The new Tigers are powered by a 94-horsepower 3-cylinder engine that delivers 79Nm of torque. The 6-speed gearbox has been tweaked for better accuracy and makes the ride very smooth.
We were then taken to a dirt track to test the Tiger 800 XCx and it's off-road capabilities. The XCx looks a lot more aggressive than the XRx, thanks to the big beak in the front and some additional guards near the foot pegs. The real difference in character between the two bikes, however, comes in the wheels. The XRx gets lightweight cast aluminum wheels, 17-inch diameter at the rear and 19-inch at the front. The XCx offroaders, on the other hand, get spoke wheels to handle tough terrain and 21-inch offroad tyres at the front. The XRx also has a shorter wheelbase and is slightly lighter than the XCx, which has quite a dominating stance. In the off-road mode setting, the bike lets you have some fun and slides a bit more with ABS completely off in the rear wheels. The XCx handles well enough with the new WP suspension, eating up the stones that lay its path. WP makes adjustable suspension shocks, usually used on offroad bikes; it's a new on the XC models. Also the engine doesn't sound strained as you rev it up on low gears on the dirt track.
Triumph will introduce these bikes in India within the next few months, but might not bring in all the variants. Currently, the two models of the Tiger retail for Rs. 12 lakh - 18 lakh (ex-showroom, Delhi) in India, so expect a slight bump up in pricing of the new models.

Triumph Motorcycle India has just announced its plans to bring the limited-edition Rocket III, called ‘Rocket X’, to India to celebrate ten years of production of its flagship cruiser.
Only 500 units of Triumph's limited-edition Rocket X will be available. Prices for the Rocket X will be announced soon, but the regular Rocket III retails for Rs 21,29,560 (ex-showroom, Delhi). 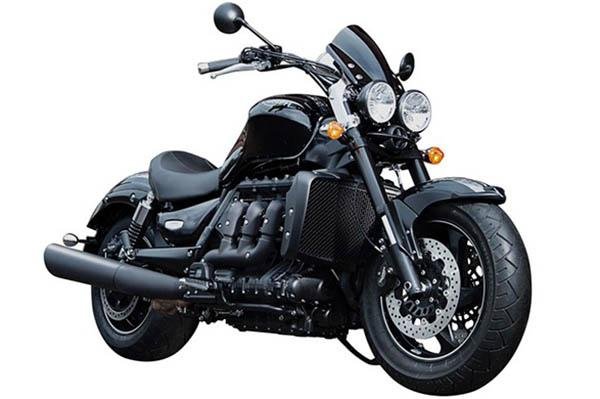 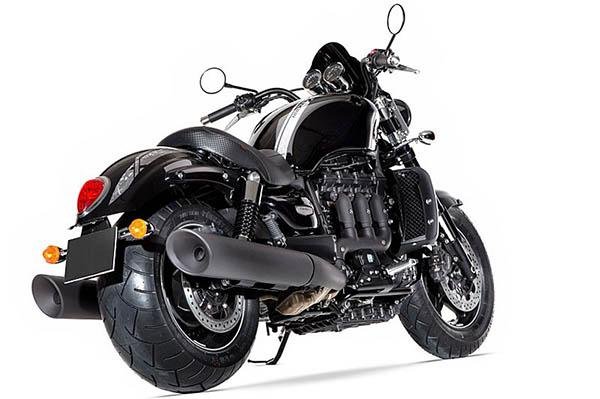