The Toyota Vellfire luxury MPV which was previously showcased to the dealers at an event in Bangalore is now being reportedly showcased to a few prospective clients in Kolkata (Images credit – Rohin Raj Sureka? / Elite Car Club Kolkata).

The Toyota Vellfire would be imported into India as a CBU (Completely Built Unit) and is estimated to be priced at INR 70-75 lakh (ex-showroom). At that price point, the only viable rival it has is the Mercedes V Class which is priced between INR 68.4 lakh to 81.90 lakh (ex-showroom). The Vellfire will come with a petrol-hybrid powertrain, which pairs a 150hp, 2.5-litre engine and two electric motors (combined output is rated at 197hp), and sends power to all-four wheels via a CVT. Specified with the ‘Executive Lounge’ package, the Toyota Vellfire will get two large thrones for the middle row passengers that not only get their very own ottomans, but are also powered, ventilated and can be reclined; this package also gets powered sliding doors and tailgate, two sunroofs, three-zone automatic climate control, mood lighting, individual tray tables, seven airbags and an option of a black or beige interior.

With all the luxury that it has to offer (and the fact that it’s a CBU), expect the Toyota Vellfire’s price in India to be in the range of Rs 85-90 lakh (ex-showroom).

The Toyota Vellfire has started reaching dealerships in India and will be launched by February 2020. Here's an interesting walkaround video of the Indian-spec Toyota Vellfire, made by young YouTuber Rishabh Rajesh.


The Toyota Vellfire has already been spotted in India on several occasions, and these unofficial sightings have given us a fair idea about it. It will be brought in the country as a completely built-up unit (CBU) thanks to the government's relaxed import norms.

The Toyota Vellfire will be available in India in only the Executive Lounge grade. Features like powered tailgate and sliding doors, two sunroofs, three-zone automatic climate control, mood lighting and individual tray tables will be standard on this six-seater. The highlight, of course, will be the two large thrones for the middle row passengers, power-operated ottomans in the middle row, and seats with ventilation and electric-recliner features.

Spotted a Bihar registered Toyota Vellfire sometime back. Inspite of a modest design, it looks quite attractive. This particular unit is June 2018 registered as per Parivahan Portal. 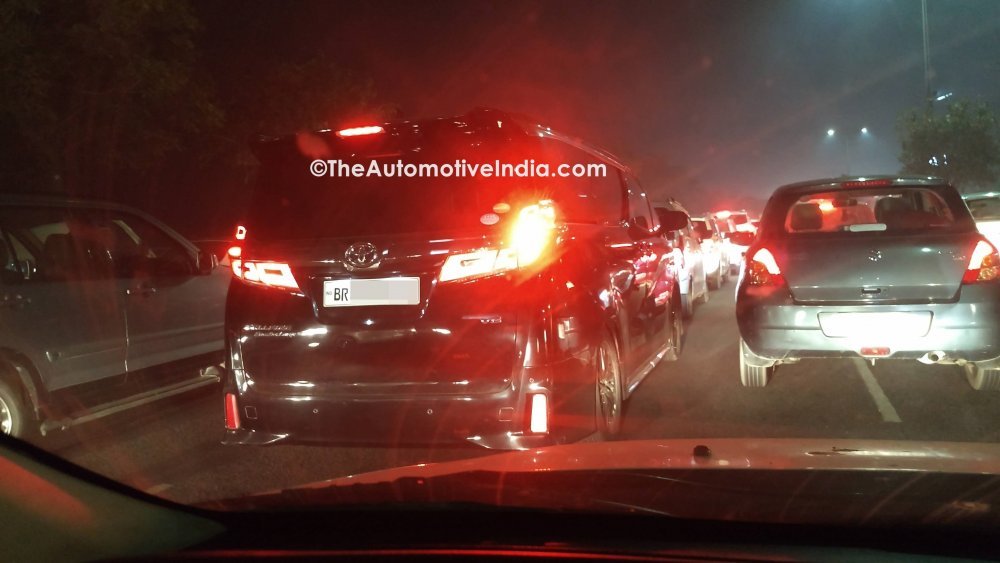 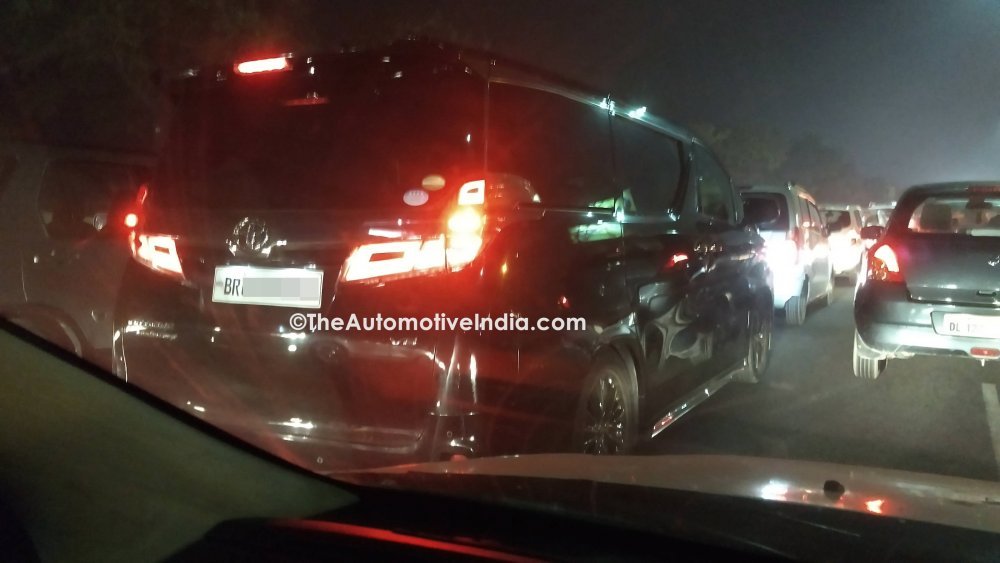 The Toyota Vellfire is now available for a test drive in India, and pre-bookings are open for a deposit of INR 10 lakh. It will be launched next month The waiting period for the Toyota Vellfire is around 4 to 5 months. So customers reserving their Vellfire now will have to wait until April or May for delivery. It is expected to be sold in a single configuration and likely be priced in the range of INR 75-80 lakh (ex-showroom).

The Toyota Vellfire will be brought to India via the CBU route under the government's relaxed import norms. Hence, it will be priced on the higher side. It will be a rival to the likes of Mercedes V-Class and Mercedes V-Class Elite. The Toyota Vellfire will be sold in India in the Executive Lounge grade. Key features will include LED lights all around, sequential turn indicators (front), twin moonroofs, electric sliding doors and tailgate, three-zone automatic climate control, two executive captain seats (second-row) with wing-type headrests, power recline function and an Ottoman that can be electrically extended and retracted 140 mm back and forth, individual trays (second-row) and rear-seat entertainment system with two 10.2-inch HD displays (second-row). A major disappointment will be an aftermarket 7.0-inch touchscreen infotainment system.

The Indian-spec Toyota Vellfire will employ the 2AR-FXE 2.5-litre petrol engine along with the 2JM and 2FM electric motors and a 6.5 Ah Nickel-Metal Hydride battery pack. The hybrid system of this Japanese MPV develops a maximum power of 197 PS.

Toyota Vellfire To Be Launched In February, Details Out The luxury MPV segment in India has caught the attention of carmakers of late and we have seen an influx of such models in about a year's time, be it by mass brands or luxury automakers. Joining the fray next is Toyota that is gearing up to launch the Vellfire in India on February 26. The Toyota Vellfire will be sold in India as a completely built unit (CBU) and we expect it to be priced close to ₹ 90 lakh. You regular fellows must have figured it out by now that this one is going up against the Mercedes-Benz V-Class. 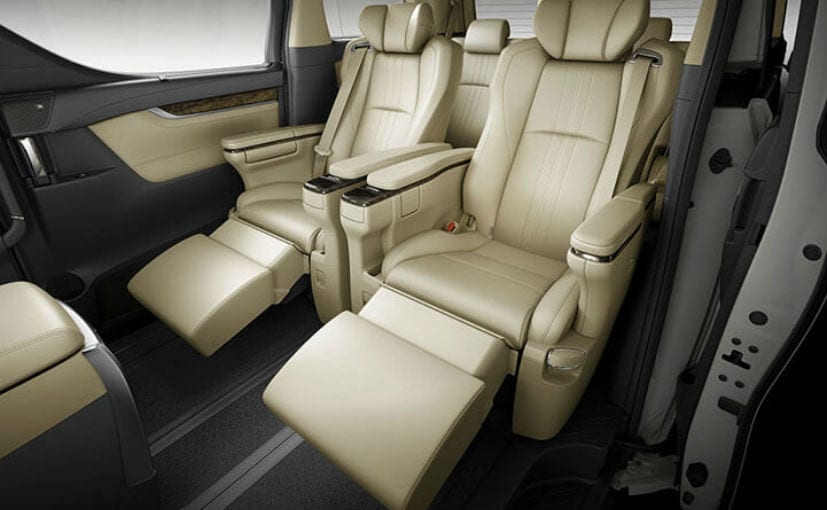 Toyota Kirloskar Motor has not only released a teaser of its upcoming Vellfire luxury MPV, but the manufacturer has also provided us the launch date of the car with it, which is February 26. Captioned with the ‘Sustainable Luxury’ tag, the teaser image reveals not much apart from the silhouette of the upcoming car. The Vellfire will only be offered in India in its top-spec ‘Executive Lounge’ variant with an 8-seat configuration. The features on offer will include LED headlights and tail lamps, twin electric moon-roofs, electric sliding doors and tailgate, three-zone automatic climate control, a 7.0-inch touchscreen infotainment system integrated with smartphone connectivity, two 10.2-inch HD displays for the second-row, and electrically adjustable ventilated seats with premium leather upholstery.