So the journey began in July 2011. It had only been a year since i bought a honda city vmt but i could hear my left knee curse me everytime i was stuck in a traffic jam. The rising petrol cost and the need for an automatic to deal with the city traffic were the excuses i gave to convince my family we needed a new car. But that was just for them. For me the reason was pretty simple. I WANTED THE SKODA LAURA.

So from then on it was pretty simple. Walked in to the dealership, haggled for the best deal, went through a few sleepless nights trying to decide which trim and finally booked the laura elegance with DSG.

. The first few months i just spent soaking myself in all the luxuries the car offered. It was a breeze driving this car in the city and on the highways. The gearbox is so intuitive it almost felt like i made one of those tsaheylu connections (avatar terminology). The torque is delivered so low down that you hardly see any turbo lag. The upshifts are seemless while the downshifts occasionally can be a little jerky. As this is a wet clutch type of dsg the failure rates are significantly low (compared to the superbs 7 speed dsg).The engine can be a little noisy but this might be because this was my first move into the diesel planet. But i've compared it to my friends vento tdi and i found my car much quieter. The noise that can be annoying at times also suddenly becomes music to your ears when you really push the car hard. Also felt nice to boast about the fact the the audi a4 has the same engine with an inferior gearbox. The ride was perfect in the sense that you get the right balance of sportiness and comfort. High speed stability-check,Cornering abilities-check, absorbing bumps and pot holes-check, good ground clearance-check. The only grouse is the large visible gap between the wheel arch and the tyres. The car almost looks like its on stilts sometimes. The steering really lets you connect with the car and gives you this reassuring feeling when you are in the drivers seat. It also feels brilliant as its compact yet chunky to hold. The best part of the car is probably its interiors. Subtle yet opulent, elegant, plush, opulent, roomy,...im running out of adjectives here. It really is all that and more. The lack of steering controls, usb connections really annoyed me but i managed to rectify that later( you'll find out how).The cars fuel economy is one of its main USP. Considering the size of the engine and the power it delivers the FE figures are mind boggling. I consistently get around 11kmpl in the city and around 16kmpl on the highways. Drive with a light foot you can easily get around 18kmpl. Im going cut short my review here as this car has been around for a while and you've all probably heard what i've written a zillion times. So let me move on to what i've done to this beast over the last two years. 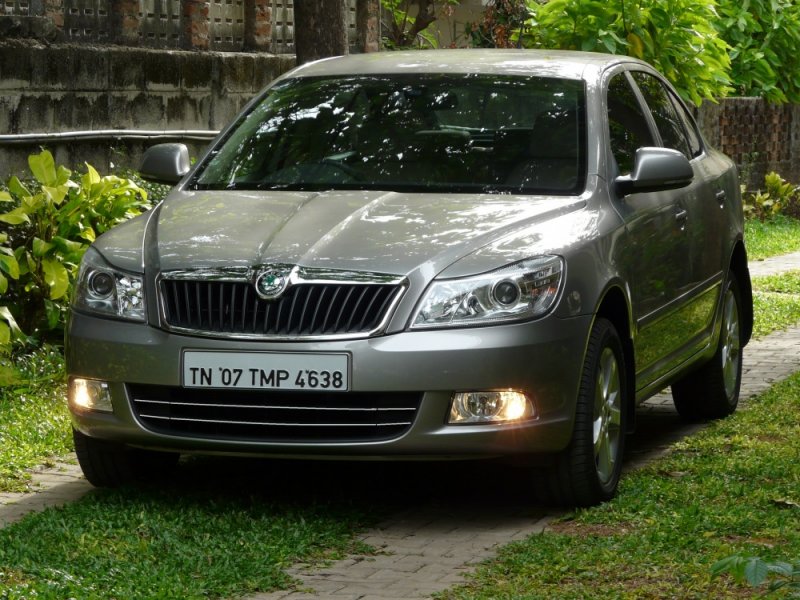 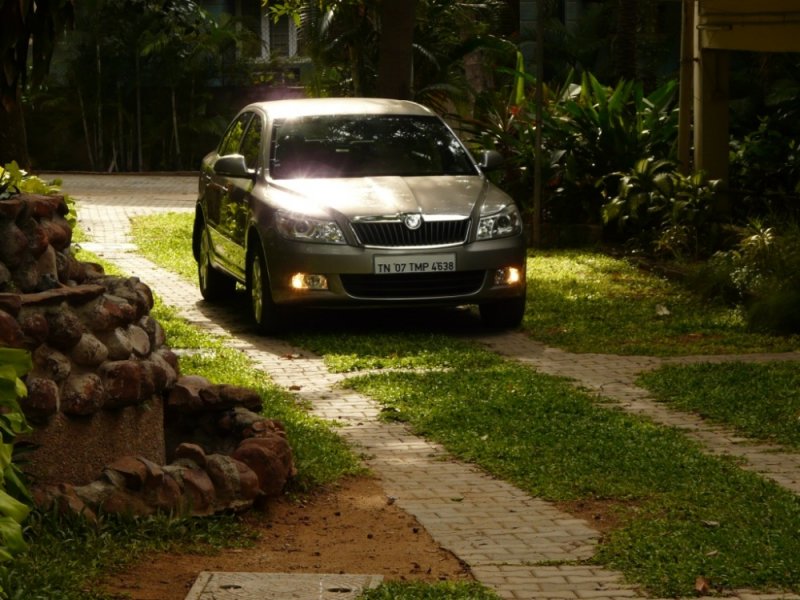 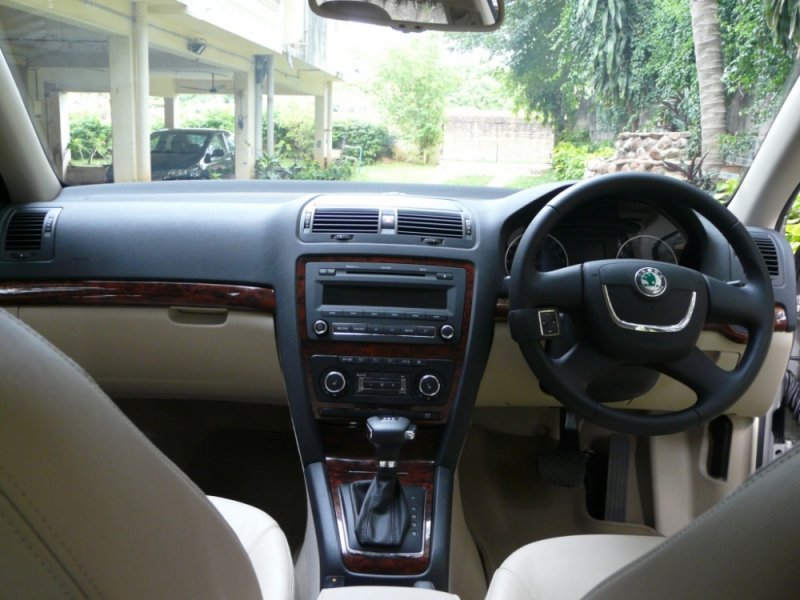 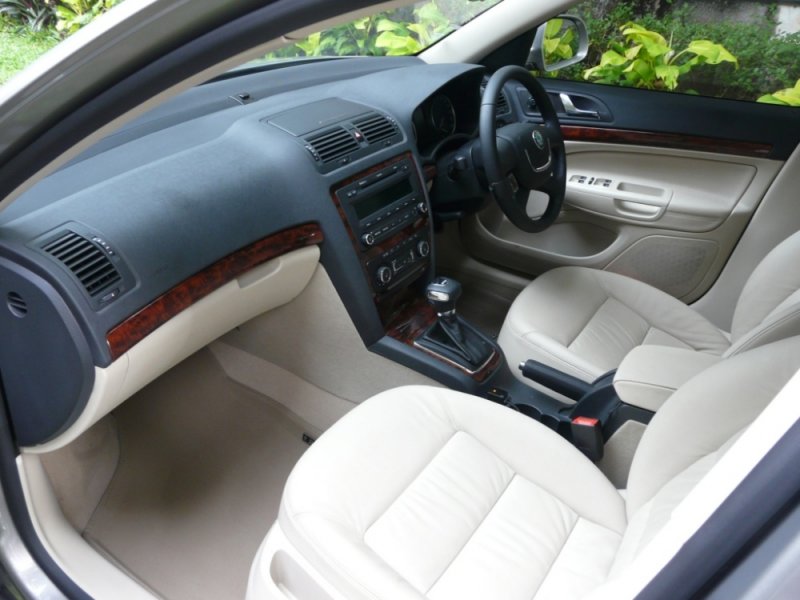 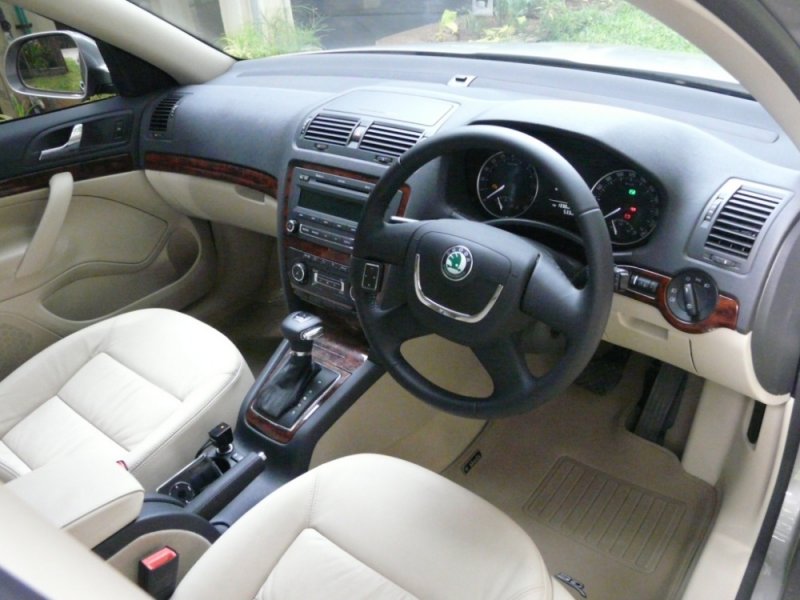 It started with me regretting the fact that i hadn't gone for the Lnk trim. Multifunction steering wheel, maxidot, tyre pressure monitoring system, front parking sensors, xenons, electric memory seats, extra airbags, two more speakers, touch screen music system, hydraulic brakes etc etc. Biggest mistake of my life not spending that extra 1.5lakhs. What was i thinking?? So the research began. Started going through briskoda, vw forums, indian forums and found out that many of these features could actually be retrofitted. I was skeptical though to say the least. With skoda's notoriously poor reputation in the A.S.S dept i knew the risk wasn't worth taking. I decided i wouldn't do anything that would void my 4 year skoda shield warranty. Just when i was losing hope, god gave me a little wink and i found someone within skoda who was confident enough to help me with these mods as long as i could assure him that the products were all oem. And there began my journey in converting my plain jane elegance to a bling king Lnk. I do believe a picture is worth a thousand words so ill let the pictures do the talking. 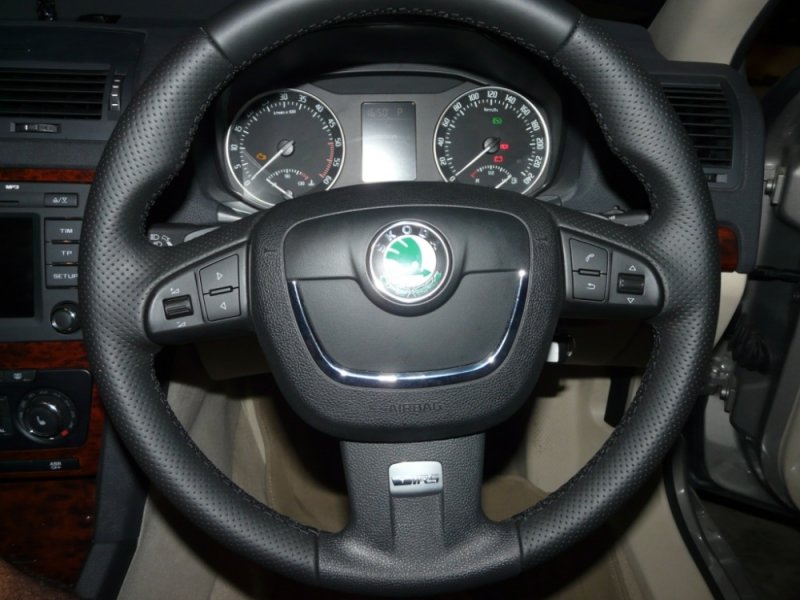 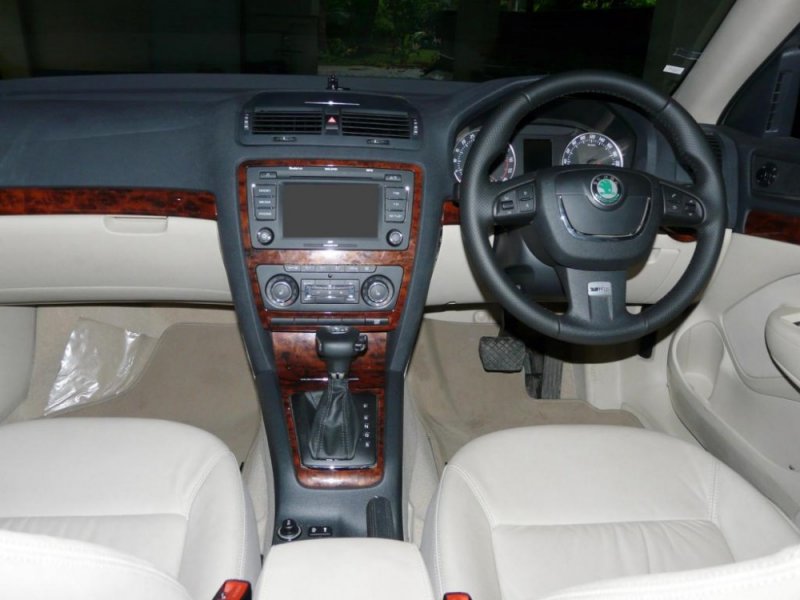 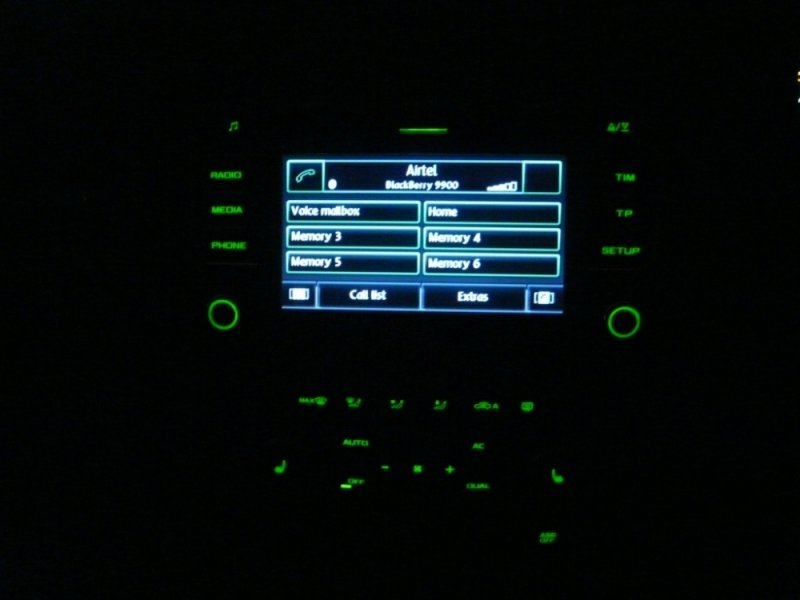 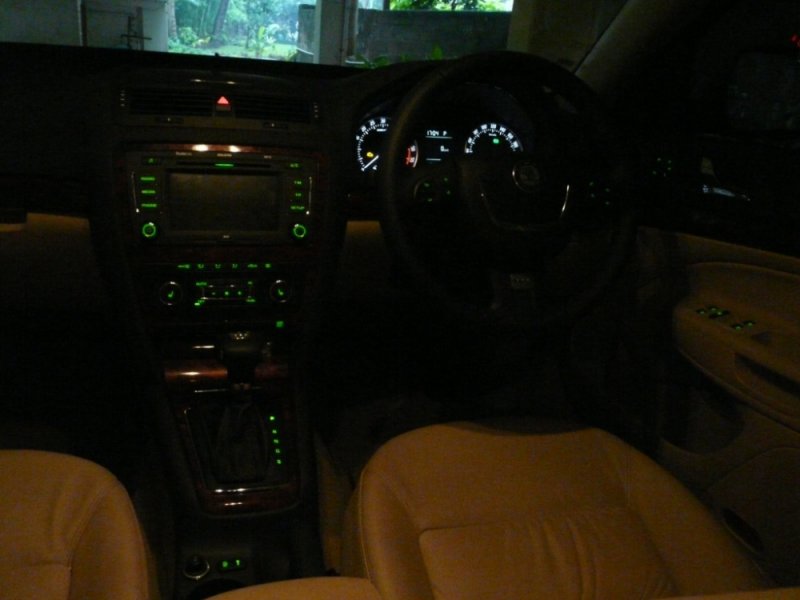 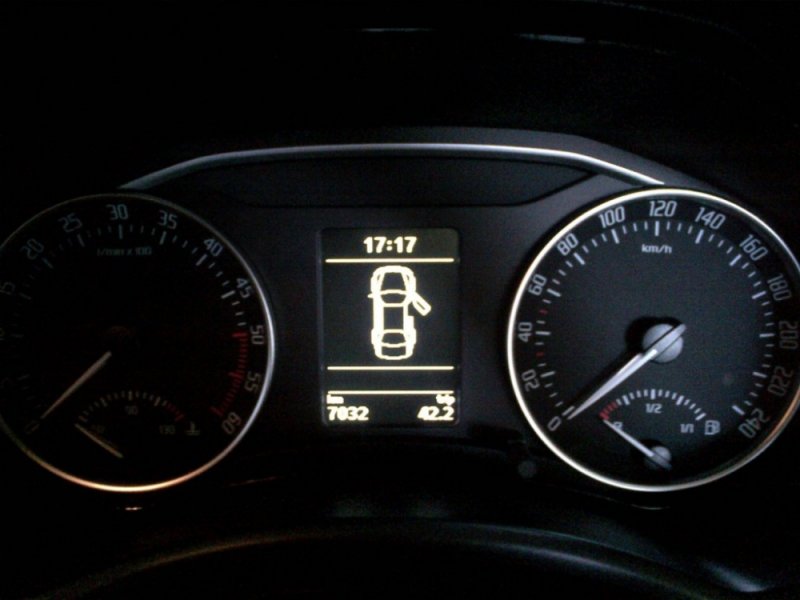 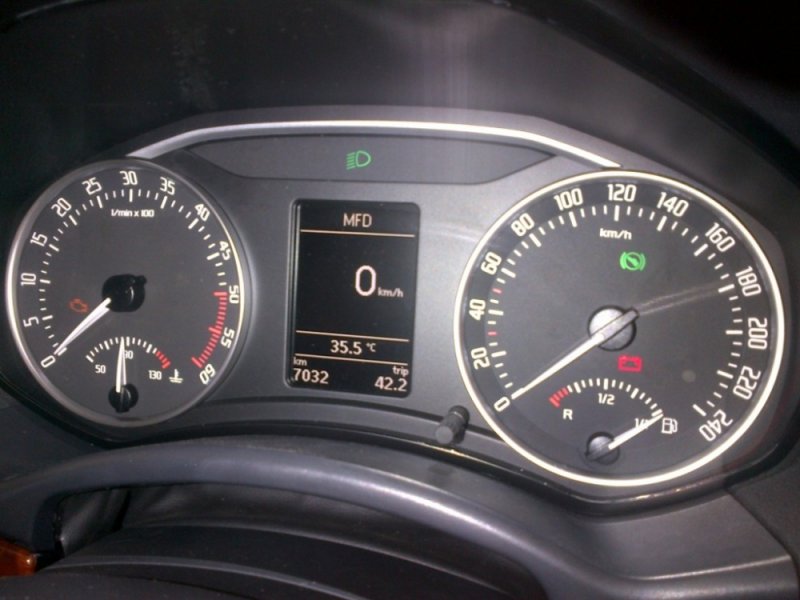 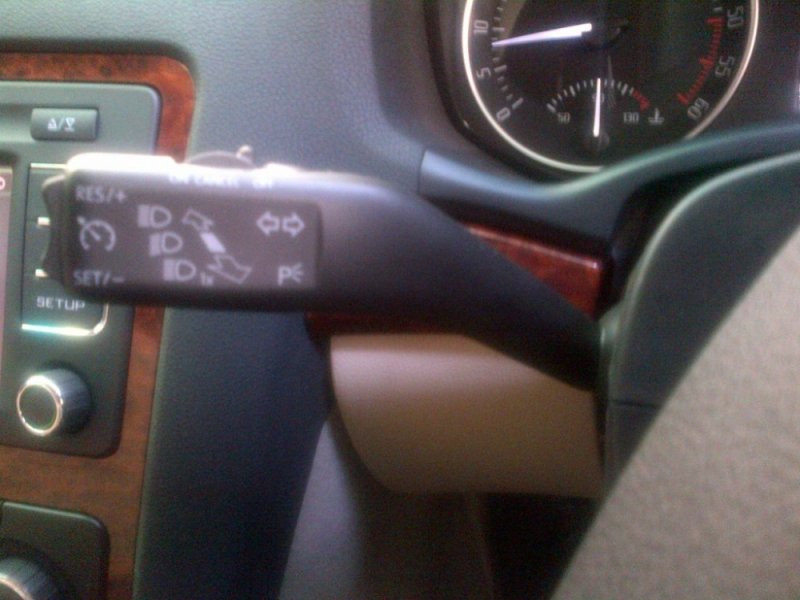 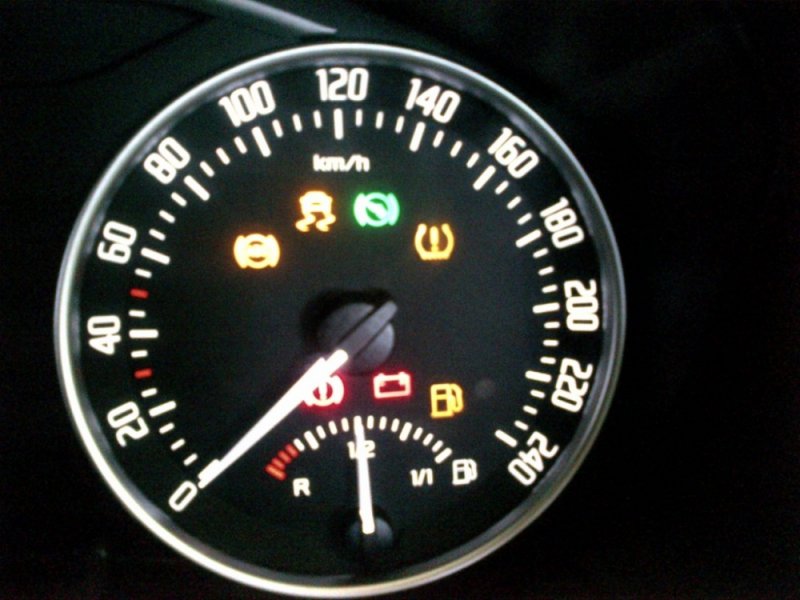 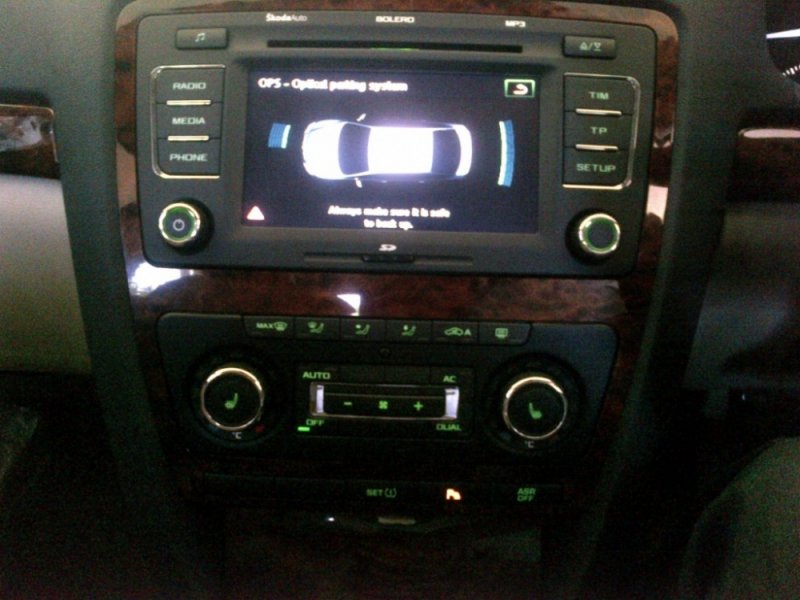 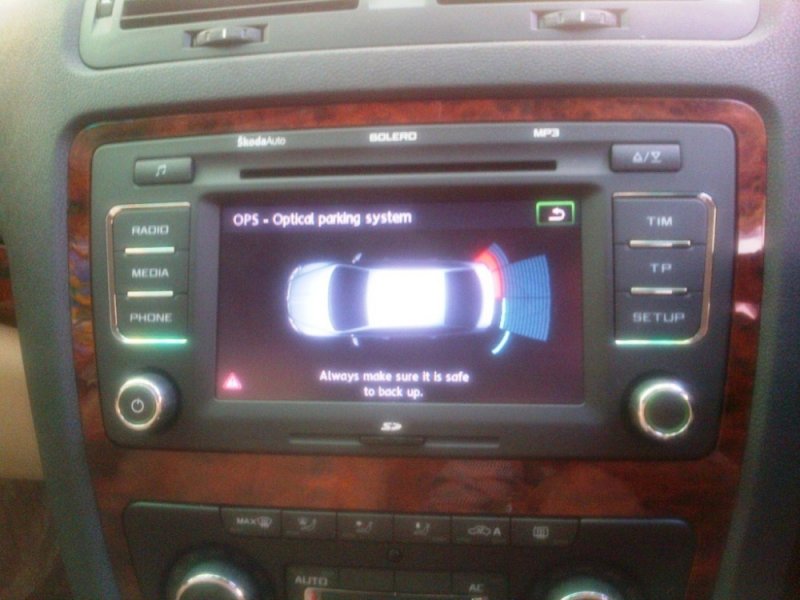 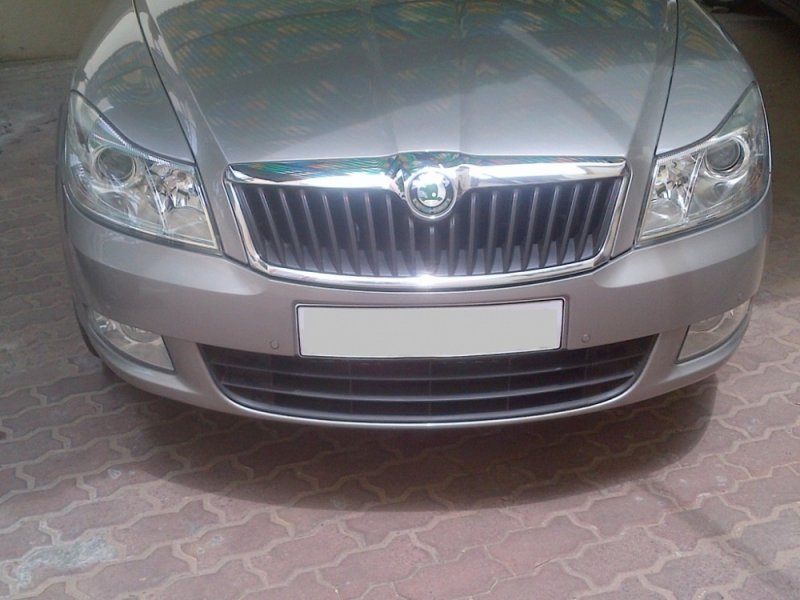 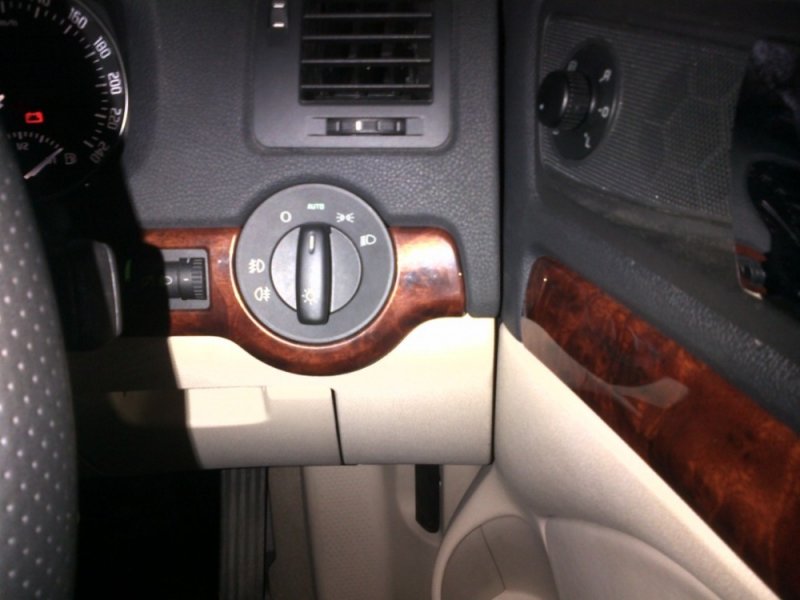 Apart from these mods i got a few accessories such as the chrome exhaust tips and a spoiler lip from skoda. All these together have completely transformed the car. I would not have been able to do this if not for some timely advice and help from my friends within and outside of skoda . I would be writing pages after pages if i were to describe each mod but i would be happy to answer any questions. I've helped a few people with similar mods and would be happy to help you.

I have this personal thing about putting up any thing related to cost or discounts ( about my car or the accessories) on forums. But if anyone really needs this information they can email me or pm me.

Wow first of all congrats on your Laura. Its one brilliant car with an amazing DSG gearbox and engine combo. And those are some really brilliant mods that you have done to your ride. The new steering wheel looks only so meaty to hold, I am sure it would feel even better in real. And the new Bolero Radio system has enhanced the overall looks of the interior panel too along with some nifty features addition ofcourse.

Can you throw some more light on those VCDS activated DRL's. Those are looking really good. What is the procedure for that? Can it be done on other VW/Skoda cars too?
V

It's simple. You just have to activate it using vcds. I've also activated cornering fogs, fogs active on reverse and needle swap. All you new is the original Ross tech cable and software.
Yes Skoda will activate drls using vas in any of their service center.

The vcds cable was integral to all my mods as they all required coding and adapting. A worthy investment for anyone with a vag car.

He he. Finally, the L&K convert owner is here. My friend and I used to read about your conversion on the other forum very often because he is a die hard Laura fan and I am someone who, like you, wished I had gone for the higher variant (I don't own a Laura :|). Your thread was like a guide to me, about the pains you have undertaken to get your car to the top. Respect.
More pictures of the car please?

So, im not the only one. I have always wished that i had the Octavia L&K instead of the Rider, which lacks ABS.

And i know how hard it is to get things right while upgrading a Skoda, brilliant work. And thanks for posting .This might help many people who are sailing in the same boat.

Hi,
Whether the Tyre pressure monitoring system is inbuilt with the System.
Is it possible to fit for all the cars.
V

the tyre pressure monitoring system is a complete oem retrofit. Its quite a complicated and tricky retrofit but worth it if you ask me. This is an indirect tpms system used in lower end VAG cars like the jetta, laura and the superb.
V

Im planning on upgrading to a columbus. Which means my bolero is for sale. Anyone interested? Let me know
V 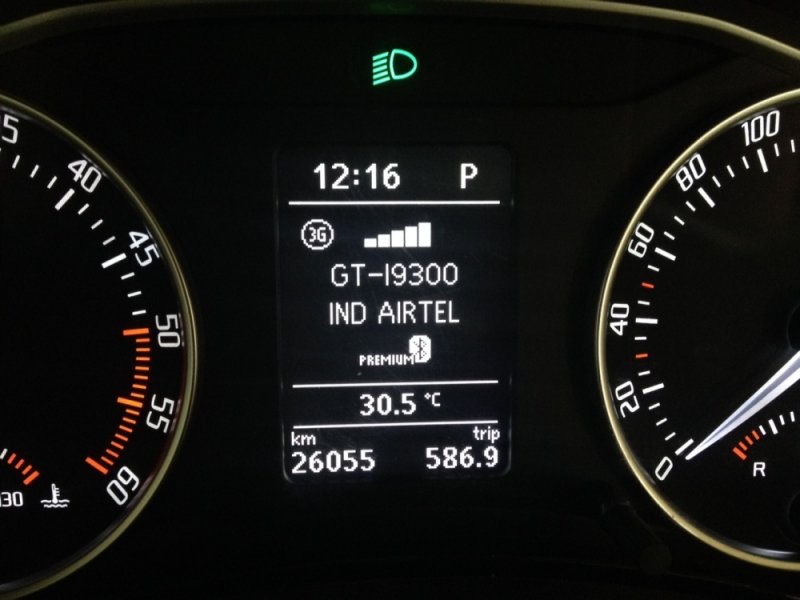 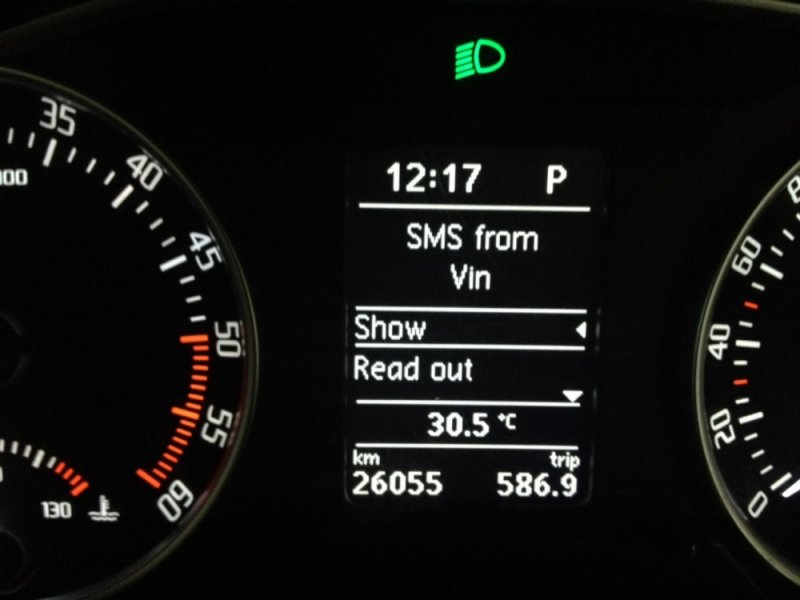 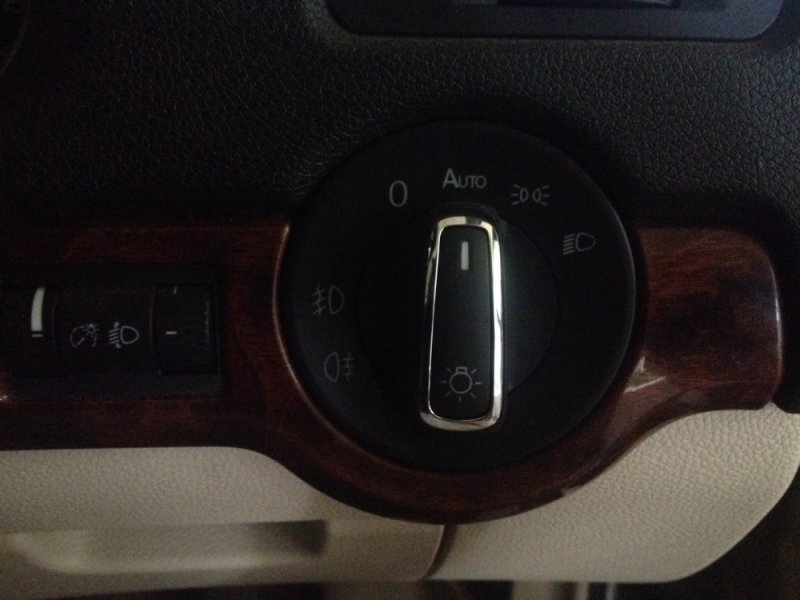 Guys, my bolero is still up for sale. also got a bluetooth kit and an autolight switch.
Let me know if anyone is interested. The bluetooth kit will also fit vw cars.

Congrats on the purchase and some very intuiting mods to convert it into a Laurin & Klement version!

Wow, that looks great man. I love the interiors very much.

Congrats buddy on your new car.

Hi,
The Car in this color looks awesome. Congratulations on your new purchase and Wishes many happy miles to clock for without issues.
R

Hello
Woww first of all,hats off to you for your modifications. I can imagine the kind of hard work gone into each of those work as I am planning most of these in my laura as well.Though I have been through lot of threads on numerous forums,still could not shake off that skepticism. I am finally happy to see someone who has done these modifications, that too not far from my place,as I have lots of question to be cleared.
Hope to hear from you .
Regards
S

Do you still have the bluetooth kit ? Let me know