Skoda Unveils Volkswagen Up! Based Citigo

This is the all-new Skoda Citigo, and if you're thinking that it looks rather familiar, that's because its Volkswagen-badged kin recently debuted at the 2011 Frankfurt Motor Show. That's right, the long-rumored Skoda version of Volkswagen's new Up! city car has finally arrived.

Buyers will have a choice of two 1.0-liter three-cylinder engines – one with 59 horsepower, the other with a 74 hp and a blistering 106 mph top speed – both mated to a five-speed manual transmission. Powerful they are not, but these three-bangers should prove to be extremely efficient, with Skoda quoting fuel economy numbers of 62.8 and 60.1 miles per gallon, respectively (on the European cycle).

Being a Skoda, the Citigo will go on sale in its home market of the Czech Republic this fall, with the rest of Europe getting the car next summer. Follow the jump for Skoda's official release.

Citigo looks no better than the Up! Maybe because it lacks that futuristic touch? Nevertheless, it is quite certain that Up will be fetching better sales than this.

are they gonna name it skoda down??

I think it will be a sensible car. Why does everyone have to call it boring etc. What is exciting then? The Ritz? The Dzire?

well i feel citigo will launch in india before up..its looks are love it or hate it!

I still do not find its front better in comparison to Up! but rear sure appears well designed. Citigo production model was recently snapped undisguised in Netherlands. 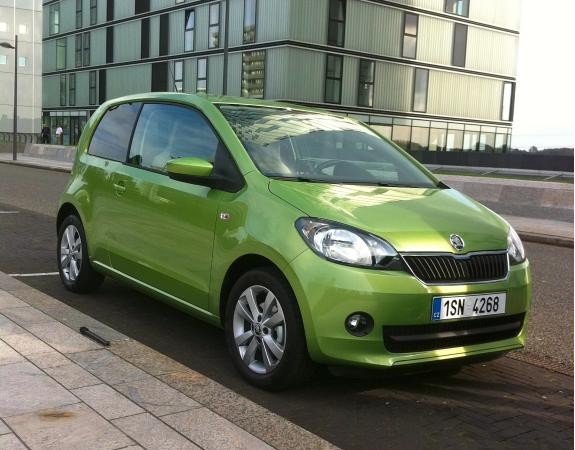 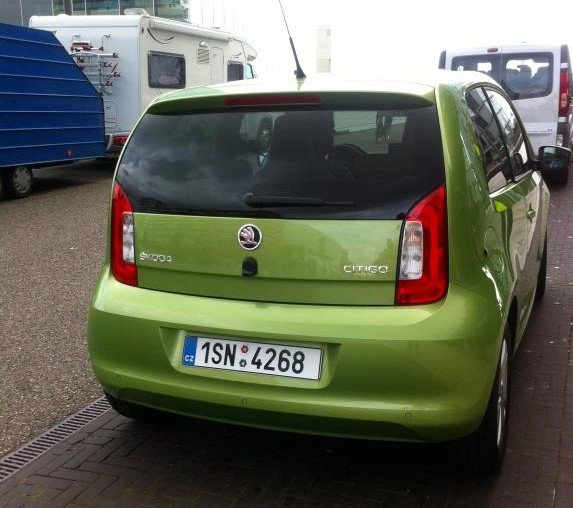 To me it is my zen estilo coloured green from some angles. A two door car in India, hmmmm. I do not think, We (India) are ready for two door cars as of now. Pricing will make or break this car.

The one that we are going to get in India (Either Up! or Citigo) will be a 5 door version.

shailinder You are taking words from my mouth. This just like Estilo. Back view is boxy though
A

In Punjabi, there is a saying.


VW has yet to put the car into production, and Skoda already has a rip-off of it.

AMG said:
In Punjabi, there is a saying.


VW has yet to put the car into production, and Skoda already has a rip-off of it.
Click to expand...
well you cant call it copying..because skoda and vw are under same brands!! even seat has launched mii based on up and citigo..

Nice video Surfer. Thanks for sharing. I do not know why people in India would like to buy this car ! Because models like this are available here i.e. Estilo, Beat, Spark etc. So what is different ? Quality of product !

Skoda cars are not cheap to own or maintain. [thinking]

Skoda has confirmed that Citigo won’t make it to India anytime soon. They won’t be displaying it on Auto Expo 2012 either.