Car and truck involved in this accident a few days ago in Telangana. The car passengers survived with injuries.
It looks like the vehicles turning at the junction caused the truck driver to move to the next name and he didn't notice the Baleno who may have been I'm tje blind spot or maybe even due to the fact that most truckers don't check their rearview mirrors.

Tata Tiago Rolls Over At 100 Kmph, All Passengers Safe Recently, we’ve seen many owners of Tata cars sharing their stories of accidents, ranging from minor collisions to extreme crashes. While the details of such accidents vary, there has been one constant in these stories – all occupants have been reported to be safe.

Here, we have another such story involving a Tata Tiago, which was involved in a huge crash, causing the car to roll for 80 metres! The owner of the car, Debi Prasad Dash, was driving in Deogarh, Odisha, with three of his friends. Dash was sitting in the front passenger seat, and one of his friends was driving when the accident happened.

The driver had the Tiago at a speed of 100 kmph when a right turn appeared and he lost control of the car. The vehicle rolled over at least seven times, and then scraped along the ground for a little while. Looking at the pictures, it’s easy to see that the accident was quite a major one, and the occupants are lucky to survive.


As can be seen in the pictures and the video, the A-pillar on the passenger’s side is completely crushed, and the windshield and windows have been smashed completely. The lower portion of the car seems to have suffered significantly less damage, as opposed to the roof, which has caved in at the front. The owner has praised the car’s build quality for keeping him and his companions safe.

In Byculla four vehicles including 2 taxis, 1 Maruti Van & a BEST bus collided with each other.

shashank86 said:
In Byculla four vehicles including 2 taxis, 1 Maruti Van & a BEST bus collided with each other.
Click to expand...
There was another accident when a tempo fell down in Talasari Umbargaon highway yesterday due to heavy rains. Driver had a minor injuries.

shashank86 said:
In Byculla four vehicles including 2 taxis, 1 Maruti Van & a BEST bus collided with each other.
Click to expand...
Courtesy: TOI

A ST Bus was going from Borivali to Boisar met with an accident in Manor in Palghar district on Thursday. The bus was traveling in a high speed when the driver of the bus lost control in a speed breaker at Varai Phata on Mumbai Ahmedabad highway. The vehicle crossed the divider and collided with a car. In the impact the CNG cylinder of the van exploded and engulfed in flames. The driver of the car died and his son is in serious condition. The bus driver, conductor and 3 other passengers escaped unhurt through the emergency door. Police filed a case on the bus driver.

An oil tanker overturned in Khopoli Khalapur in Mumbai Pune Expressway yesterday spilling oil in the road which some vehicles slipped near Aadoshi tunnel. 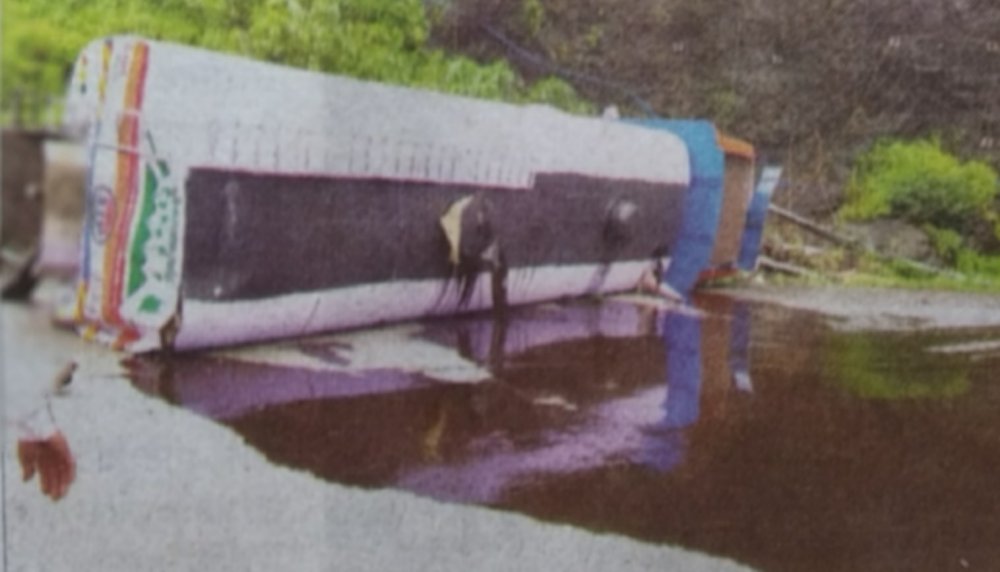 A truck flipped in other side yesterday near to my place. 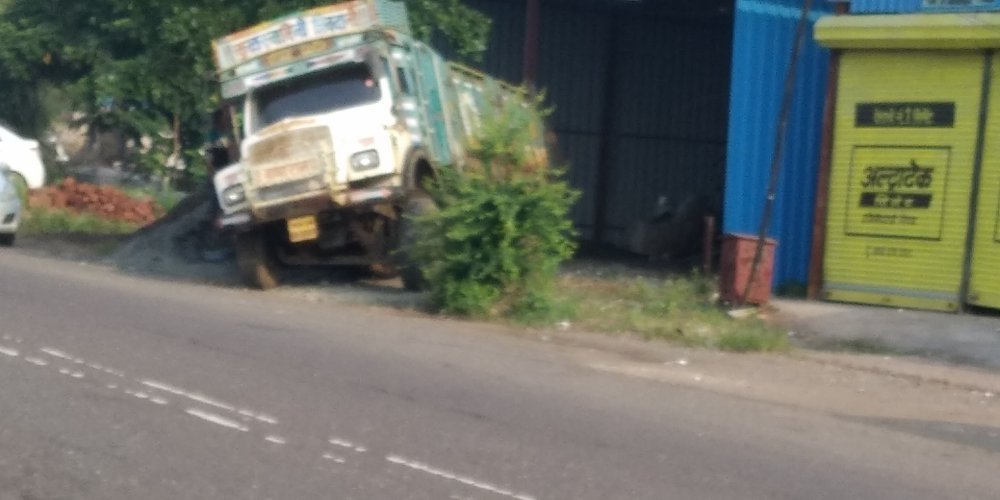 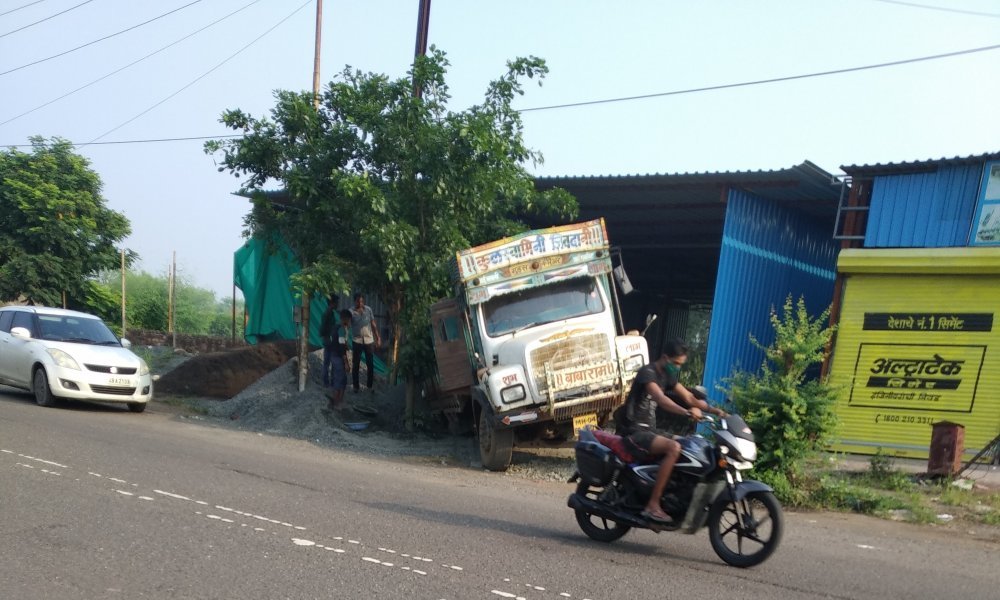 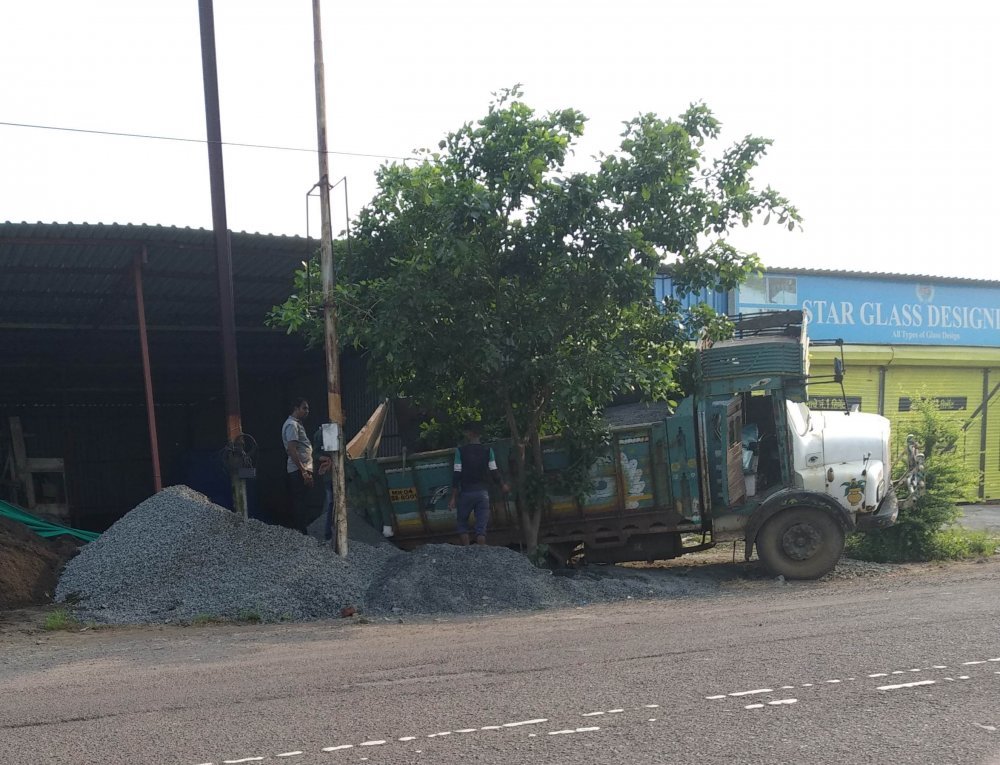 Crazy driving by KSRTC. Had a near miss and got it recorded in my dashcam


Funny accident captured in my dashcam

​
Click to expand...
That scooter rider was indeed lucky. Kudos to the truck driver for being alert

This is tantamount to suicide, not noticing when crossing the road on a scooter, the result? Video

Nairrk said:
This is tantamount to suicide, not noticing when crossing the road on a scooter, the result? Video

Car Overtook and crashes into bus

Four persons were killed when a KSRTC bus collided with a car at Thrikkorimangalam on the Puthuppally Manarkad-Perunthuruthy bypass. The accident took place at around 6 pm on Friday at a bend between Vadakkekkara LP School and Kochalummoodu. The car crashed into the bus which was turning around. Video of the incident has been released. The accident took place while the car was trying to overtake another vehicle on a curved part of the road. Hi! everyone posting after a long time. Saw this swift dzire badly damaged but still drive-able on NH1

There was two accidents happened near to my place today. No one was injured both the cars was damaged. First one happened early morning a speeding car hit a pole damaging front portion of the car. Second accident happened near to that spot when a car hit a

On 18th yesterday a freak accident happened near Khed taluka a truck carrying steel plates fell down from the Ro Ro train which ferrying trucks from one state to another. This is first accident happened in Konkan railway. It happened early morning at 3 AM. The driver was sleeping in the cabin when he suddenly sensed the truck is overturning so immediately jumped from the truck and saved his life. The truck was badly damaged. The owner of the truck blamed the railways for this mishap. The driver said the chain was broken so that the truck went backwards and fell down. The railways are making inquiry in this freak accident. The accident occurred in sukwali village. A 19-year-old girl died when the car in which she was travelling collided with a lorry near Thiruvizha Junction in Cherthala on the national highway.
She has been identified as Vishnu Priya, wife of Ananthu of Aluva

Ananthu (22), his friends Abhijith (20) and Jeo (21) sustained serious injuries. Ananthu has been admitted at Alappuzha Medical College, Jeo at a private hospital in Kochi and Abhijith at the Kottayam Medical College

The accident happened Saturday morning at 8.30AM . Police said the car coming from Alappuzha and the lorry from Cherthala collided.
The four were taken out from the car by the police from Mararikulam and highway after mangling the vehicle

The worst ghat is Ganpati ghat in Madhya Pradesh where everyday there is accidents occuring losing many lives. Here are some accidents