Hyundai has started testing their 1 success full model in India in Europe and it is expected to launch in 2013 in India . 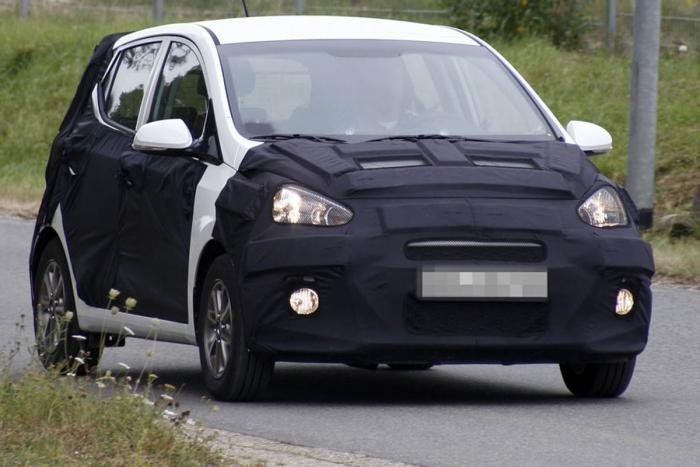 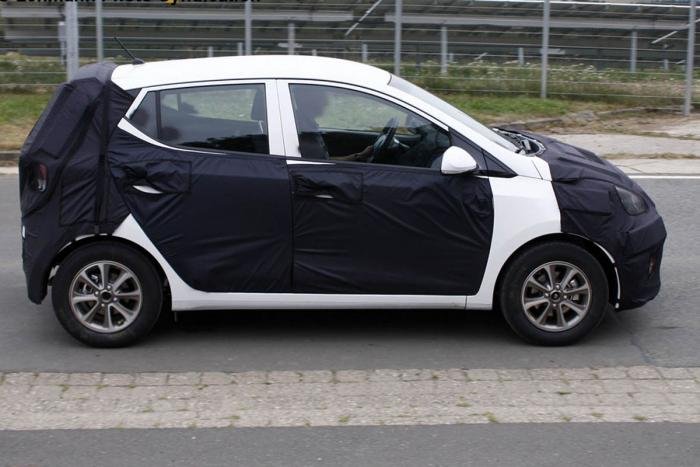 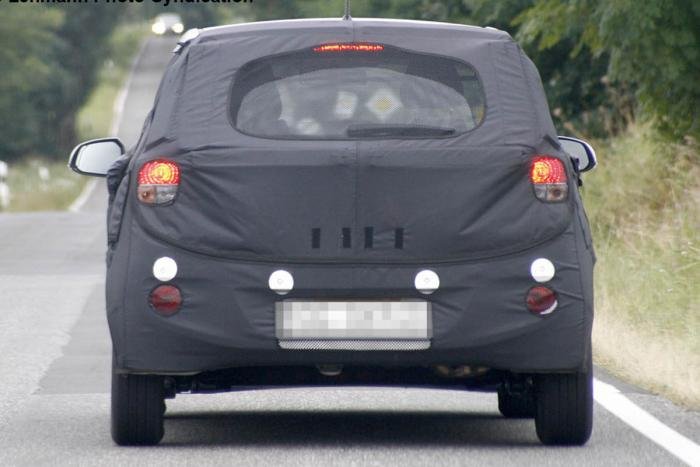 Good news for prospective hatchback buyers. But seriously...Enough of your "Fluidic" designs.
S

If this car is uncovered, then we can justify its new models in 2013.

so again this has been spotted in india

i reckon this to be having a diesel heart ? 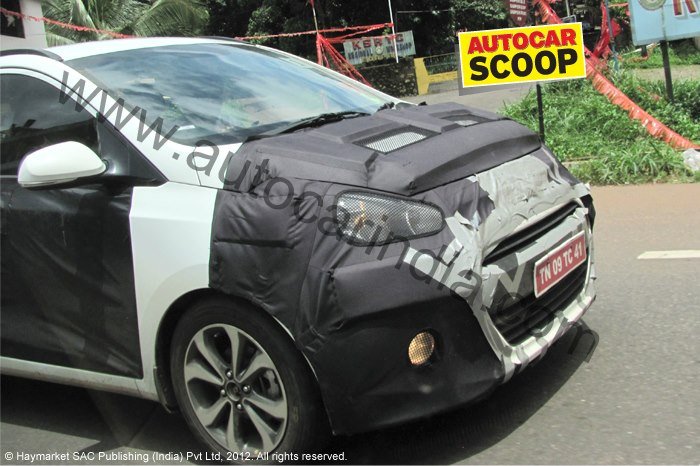 Hyundai Testing Next Generation i10 in India

Hyundai is readying the replacement for the i10 and proof of this comes from the first-ever spy pictures of the car being tested on Indian soil.

Though heavily disguised, it looks longer and wider than the current car and the silhouette of the grille behind the cladding suggests the new i10 follows Hyundai's ‘Fluidic’ design theme. Other clues pointing to this are the swept-back headlights, the low, elongated chin and the rising shoulder line. Top-end variants could get alloy wheels and rear parking sensors as well as fog lamps as standard equipment.

Hyundai is also developing a new 1.1-litre common-rail diesel for use in this new i10. There will also be a new 1.0-litre Kappa petrol engine which will be more fuel efficient than the current 1.1-litre Epsilon motor. The modern, 79bhp, 1.2-litre VTVT motor will continue alongside the new engines.

This new car, codenamed BA, will be officially revealed at the 2013 Frankfurt Motor Show and will be launched in India thereafter.

Great Scoop. A diesel engine in i10 is the need of the hour. Looks like Hyundai is going to get back all the lost ground due to the falling sales of i10 lately.
The car no doubt looks bigger. If, in addition to parking sensors, they also provide the rear parking camera in the higher models, then there would be no stopping this vehicle.

I wonder why does Hyundai not replace the age old Santro instead of the current Next Gen i10 which was only launched in 2010.

Speedfan said:
I wonder why does Hyundai not replace the age old Santro instead of the current Next Gen i10 which was only launched in 2010.
Click to expand...
No one is talking about replacing the current model, Hyundai may as well retain the current gen along with the upgraded one.

Thank You Visran for timely updates !
Hyundai I10 needs a diesel heart. To tackle the sky rocketing fuel prices, diesel hatches would be the ideal solution and I10 in diesel avatar would be a nice offering from Hyundai.

vishnunarayanan said:
Thank You Visran for timely updates !
Hyundai I10 needs a diesel heart. To tackle the sky rocketing fuel prices, diesel hatches would be the ideal solution and I10 in diesel avatar would be a nice offering from Hyundai.
Click to expand...
Various auto magazines have confirmed the development of small capacity diesel engines which will be used on I10,

visran said:
Various auto magazines have confirmed the development of small capacity diesel engines which will be used on I10,
Click to expand...
It would be a nice car if Hyundai would be able to take it to the crowd by pricing it lower than the present entry level diesel hatches(Beat diesel and Figo LXi)

there is already a thread here.

The 2014 Hyundai i10 is making a swift progress to production, as evident from the rigorous testing that’s going on near the Hyundai factory in Chennai.

One of the photos even show us the interior partially but we believe that the test mule sports a decoy interior. We can confirm from these images that integrated headrests are a thing of the past on the i10 when the new model bows.

Hyundai continues to be insecure about the rear of the car and that explains the heavy camouflage. This suggests that the rear fascia is undergoing a significant change, just like the front fascia.

The car has grown in dimension. Throw in the 1.1 litre 3 cylinder diesel engine and the next generation Hyundai i10 is ready to graduate upmarket. The aforementioned diesel engine is available in the UK spec i20 and has a power output of 74 bhp. The 1.2 litre Kappa petrol motor will continue alongside with some minor improvements. A 1.0-liter Kappa engine will also be fitted to the Chennai-made car, but its availability in the domestic market is something that we can’t verify.

A 5-speed manual gearbox or a CVT autobox (only for petrol models) is expected to be on offer. For more details on the trim levels of the car, click here.

The 2014 Hyundai i10 is expected to break cover at the Frankfurt Motor Show this September shortly after which the production would commence in both Turkey and India.

^^
you brought a car based on what it offer it to you today.. Why would you worry about new launches, updates. This will go on...
BTW if you worrying about spare after the model is discontinued, let be assure that by law any car manufacturer has to provide atleast 6 (or 8?) yrs of supports from date of discontinuation.