AppU said:
Bike Tyre won't occupy much space. It occupies very minimum space only & It will be the best solution.

Just try it. if you are satisfied with it, continue otherwise try other options

Click to expand...
One of my closest relative is having the same problem when it comes to parking and he is using worn out tyres and it does the job for him. Try it and if its not feasible the only way out is parking sensors with distance control or camera. I too have the problem as my car porch will fit in my Swift exactly. I manage not to bang the wall with the help of parking sensors equipped with beep sound.

wow thanks for the responses guys

Jerwin said:
add reverse cam to your car. you'll get a perfect idea at which point to stop the car. Or add stick foam to card board and then nail it too the wall
Click to expand...
now i wonder why i couldn't get the upper model sx but i don't want to mess with the original wiring now so a no for a camera right now.

that's the thing , the wall is of low quality

i tried a nail on the flat surface but it won't go through :\ and i don't know how to stick something to the wall.


Rightnow said:
If this is the exact place where you park daily, then most economical solution would be to place a brick right behind one of the rear tyres. So daily while reversing the brick would block the car and you would easily know it.

Other options like thermocol etc can be tried but, I think brick is the best jugad.
Click to expand...
+1 rightnow. i couldn't think of this and its really a great idea.

freakdude said:
Get a sheet of thick yoga-mat (2 if required) and paste it on the wall at the place that might come into car's contact. This way even if car touched the wall you can avoid scratches. Also, when parking at this place have someone to see how close you have got to the wall and when to stop.

freakdude.
Click to expand...
dockap said:
Have noticed the thick rubber sheets stuck to pillars in some underground parking areas. I think these are the best bet for you. Use nails to hammer 1 rubber sheet onto the wall and use some commercial adhesive to stick another thick rubber sheet onto the first one and you are good to go. No more worry of scratches ( at the most the wall might collapse if you reverse into it )
Click to expand...
you know this will be really great. so ok i will get the material which will prevent but the thing is hot to paste it.

as i mentioned above the wall is low quality and the nails won't get through even on a flat surface , i tried. so how to paste something to a wall ?


maxim33 said:
you just make a breaker like pillar under ,where the wheals come, it must be straight and 3to4 inch high ,so it never let the car to moove ahead that limit.
Click to expand...
i have seen this on many malls parking. and i agree they don't let the car go any where. +1 for the suggestion. but the thing is i don't know where to get these. where i can get them ?

freakdude said:
Just imagine if somebody moved the brick even by an inch while cleaning the area, now, you are relying on the brick to touch the tyres so that you can stop from reversing, and BAM!!!

freakdude.
Click to expand...
yeah this seems to be a problem but other users have suggested something so see my reply there.

AppU said:
Use one or two Old Bike tyres on the wall.. eventhough you hit the tyres it won't create any scratches or mark on your car.. & it is Damn cheap :)

Here is the reference Pic(Please bear with the quality of the Pic)
Click to expand...
thanks for the pic. and its really a great idea but 2 limitations.

1. i think you park your car inside the main gate right. my car is parked outside so any Kabaarivalla will take those tyres.

2. they will occupy more space but space is limited.

My idea was to draw mark or fix something like a brick on ground firmly.
'Allhyundaicars' can dig the mud around half of a brick and fix the brick in a manner that half is outside. No one will move it then.
I am giving him the most instant and costless solution. I know there are a lot of things that can be done but they may involve some money.
Click to expand...
there is construction going on in my relative's house. 5-6 houses from my house. so i can easily get this done. but there seems to be 1 more problem. see below in bold.

350Z said:
Why exactly do you need to park the car so closely?


These suggestions make some sense. The combination of both might help to prevent inadvertent damage. Just don’t totally rely on them though. Also make use of mirrors as well as the parking sensor while parking in such locations.

there's the main gate and if i don't park the car near the wall a big portion of the gate gets occupied. and 2-3 bikes have to be parked inside the gate so i really don't want a scratch from those bikes.hope you understand this.

and i use both the parking sensors and both the side mirrors but still parking sensors beeps continuously stating no space left but there is huge space left , its by design so every now and then i have to get out of the car to check how much space is left.

vishnunarayanan said:
+1 AppU
A scratch or a dent in a car even if its too small is painful to see.
I do have the same opinion of placing some worn out tyre right in front of the wall. Even if the rear of the car touches the tyres ,it wont possibily damage the car. Its the easiest solution.
Click to expand...
please check my reply to appu.

Rightnow said:
Exactly, that is why I think he would have to use something that blocks his tyres.

And also, if a tube or tyre is fixed on wall, there is possibility of bumper getting black color from the tubes. In my opinion he should not put anything, not even thermocol on the wall.
Click to expand...
yeah i don't think tyres will work. see my reply above.


again thanks to all of you for the suggestions but here comes another thing that i forgot to add. 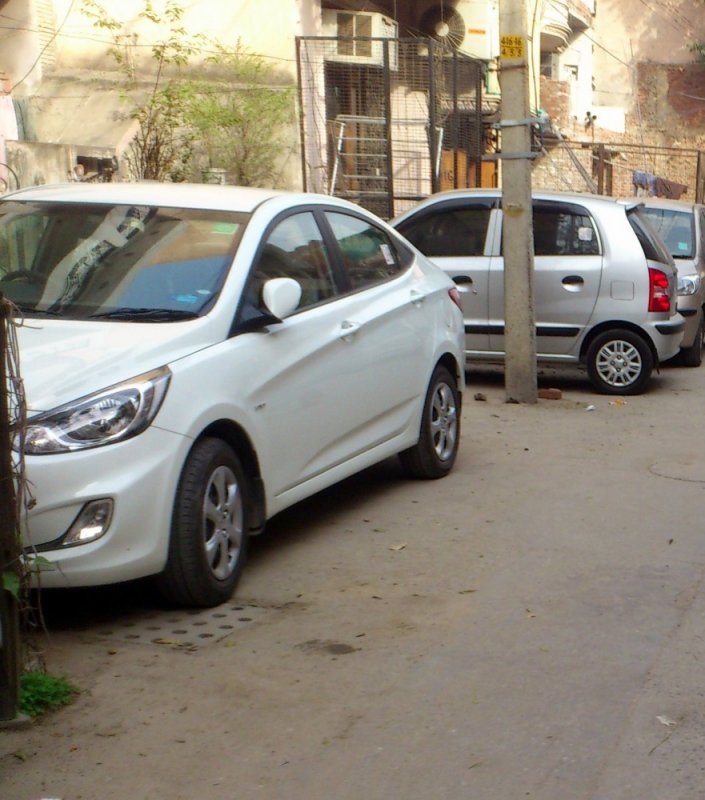 so if i use the brick method , will the car park correctly ? same goes for the front also , it should be closest to the wall so is there any difference between the distance from rear tyres + the boot and the front tyres + the front bumper ?

if i use the yoga mats or any strong material and paste it to the wall it will be a really good idea , perfect thing to do but how to paste things on the wall ?
Last edited: Jun 29, 2012

allhyundaicars said:
wow thanks for the responses guys

so if i use the brick method , will the car park correctly ? same goes for the front also , it should be closest to the wall so is there any difference between the distance from rear tyres + the boot and the front tyres + the front bumper ?

if i use the yoga mats or any strong material and paste it to the wall it will be a really good idea , perfect thing to do but how to paste things on the wall ? [/b]
Click to expand...
Wow what a twist in tale..
Let us think, give more time.[thinking]

If yoy have reverse parking sensor it should indicate distance left in the mirror while reversing the car.Please check.

Rightnow said:
Wow what a twist in tale..
Let us think, give more time.[thinking]
Click to expand...
i'm really sorry for all the trouble

but my other cars have scratched front bumpers because of the wall. and the rear bumper of the verna is hit 2-3 times that's why i need suggestions

look at the manhole near the tyre so you can get an idea. in both the pics the car is parked closest to the wall i believe.

nagasaki said:
If yoy have reverse parking sensor it should indicate distance left in the mirror while reversing the car.Please check.
Click to expand...
i just have beeps , no visual nothing. this feature was available in the upper model.

so it's been 8 months since i'm parking the car there and i don't face much problem now. if i'm confused i just see the distance between the manhole and the wheel by opening the door 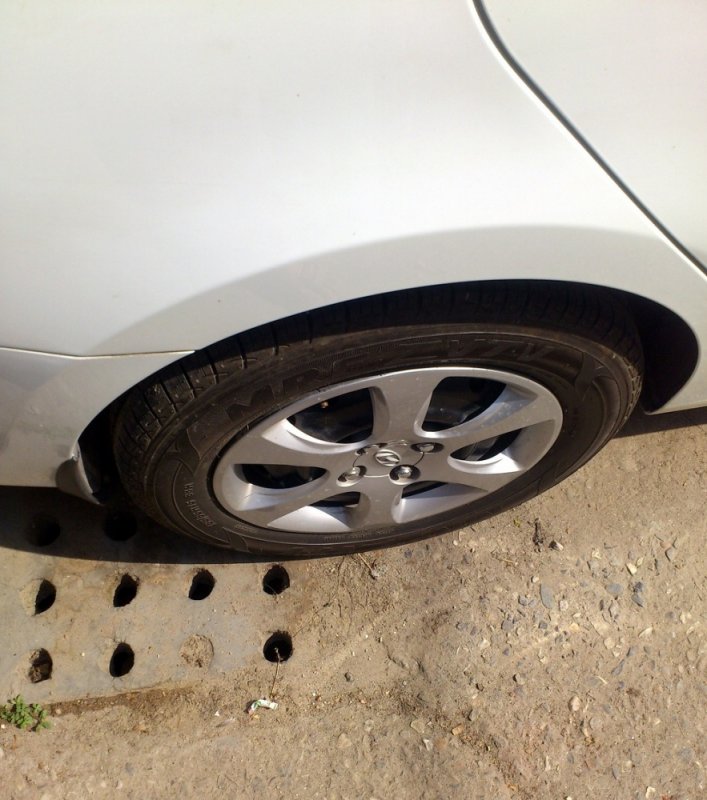