Tail panels not ready yet??

Updating after a really long long time
The odo stands now at 49+kms and the digital has lost its charm.Now rpm indication goes blank at certain positions in the rev range.
Worsts thing is Chennai floods hasn't spared my bike either.The water was there till the seat level.

So i assume the k&n filter to be soaked!.Since the battery is located near the old air-filter box i hope the battery would still be working. I haven't even turned on the key nor attempted to started it since it knew it would blown my engine.Will be going back to Chennai next week along with necessary tools to drain out the current oil and replace oil filter.My plan right now is to drain old oil replace oil filter use mineral oil to flush out any water left then pour the usual Motul 5100.
Also bleed the front brake and replace the pads if necessary and lube chain and other parts.
Fingers crossed!

Another Milestone.
Big updates on the way 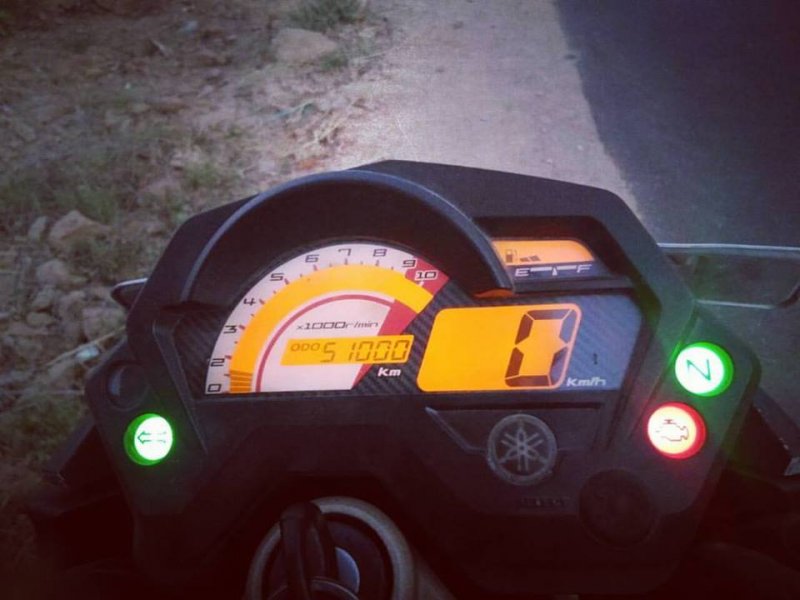 Vishak said:
Another Milestone.
Big updates on the way

The Bikes back at Trivandrum.Rode down all the way form Chennai to Trivandrum without major issues.
The battery seems to be dead now and one of the front shock started leaking oil slowly.

Will be leaving the chassis and Alloys purple paint and getting the rest of the parts painted in black and get it RC endorsed abut the color change.Traffic laws are slowly becoming strict which is good since More Strict Laws should at-least make people fear the hefty fines and follow the rules.Will update soon once the battery and fork oil issue is sorted out.
also would update the major changes in performance department. 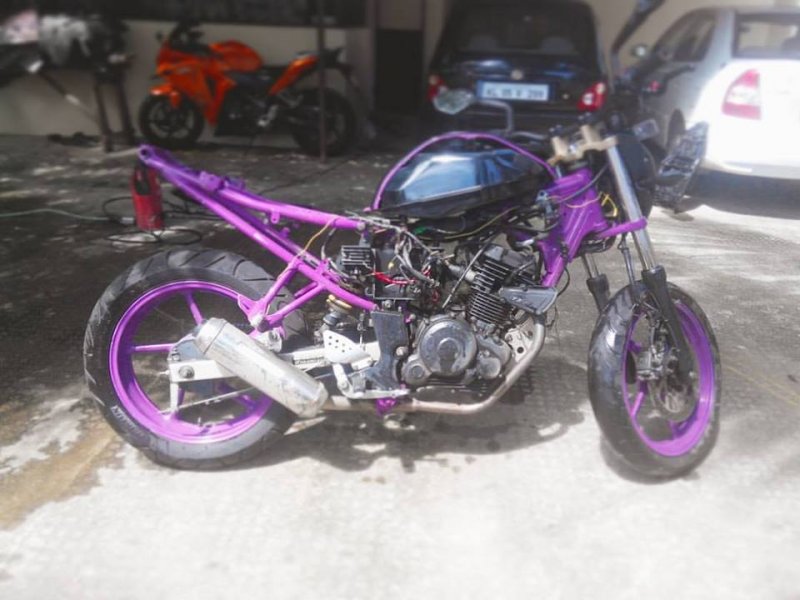 Yes you read it right!The odo now stands now at 51800Km that's nearly 16K kms on the Race Concepts power parts.Off late I was fed up with the irritating cam noise which was prominent with the Db killer plonked in and there was smoke on cold starts.So we took the bike to my mech outside the ASC who suggested to get the valve oil seals checked.Bought the necessary spare from Yamaha Spare dealer and went ahead dismantling the head.We also were ready to switch back to stock OEM camshaft which was removed and safely stored in my home.My mech first drained the oil and there like 250ml less Mind this was when the oil was drained and replaced 900kms back

and the colour was dark black and had smell of gasoline and the mech suspected a leaking rings. We went ahead with the dismantling the head and thought we would check the condition of the bore.Up on inspecting the bore there were prominent vertical lines which shouldn't me there in any case.I asked my mech to take out the Race Concepts Cylinder kit and what i saw next literally gave me an heart attack
Attaching images of the so called Semi Forged Piston 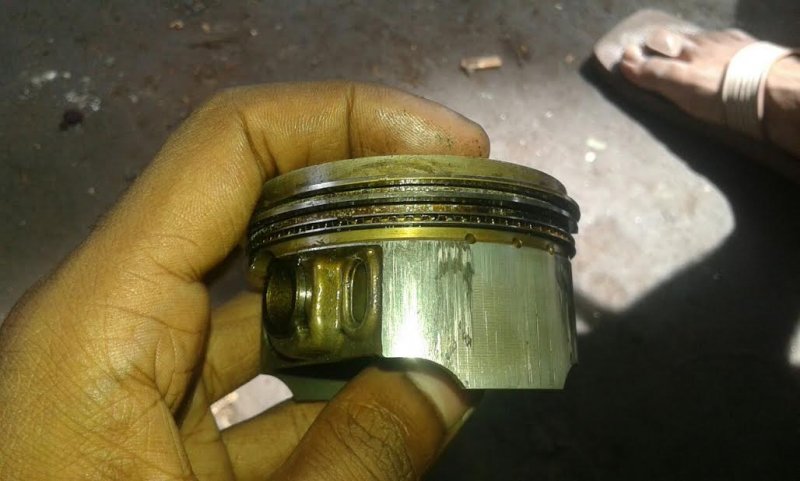 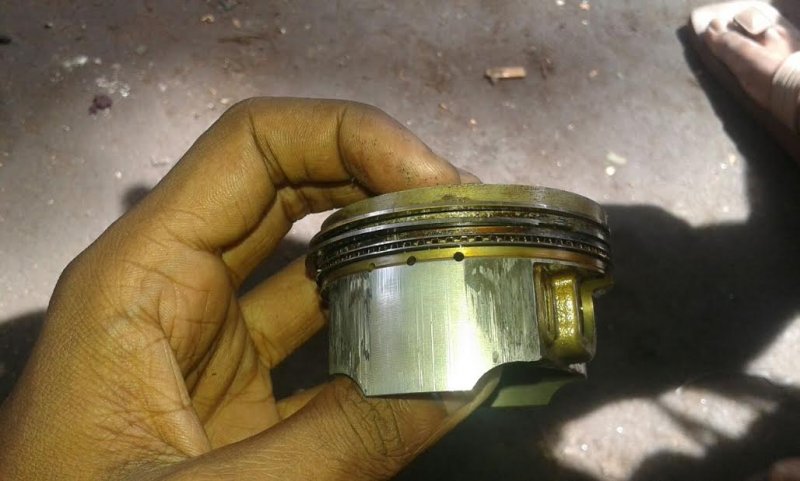 The kind of wear on a Semi forged piston that merely run 16K kms is not acceptable at all and as a reminder the bike was extensively run in for first 2000Kms with 4 oil and oil filter changes in between.I have always used Motul 5100 15W50 oil after the build.

I bought new OEM STD size Cylinder kit and replaced the RC Camshaft with stock OEM camshaft .The bike is again being run in again.I have removed the Race Concepts Exhaust system for breaking in the rebuilt engine.Once done with rebuilt the moment we started the engine the bike sounded so refined and there was no cam noise unlike the RC Build.

* The Piston was Supposed to be Semi Forged which I Highly doubt now.
* Race Concepts indicate a 500 km run in where as i have done extensive 2000 Kms run-in
* The bike did have 26mm carb upjetted to 117.5 and 15 pilot jet and later upgraded to 29mm carb with the same jet kit and had a good fueling which one could find from the head deposits reading a few pages back
*The build was done on Yamaha ASC under my supervision
* The RC cam make annoying noises and reverse cranks which was claimed to be reduced after clocking some km and till 16k kms i haven't seen the cam noise reducing

Does this kit increase power as advertised ?

Didn't I get to know about the horror stories about RC builds before my build ?

Did I had some major engine damage?

Do I recommend these kits?

So You might think that this thread is done? No Its just one finished chapter.The kind of knowledge i acquired and hand on experience i have gone through on this particular build has opened doors for in depth knowledge on engines.Now i do find time now and setup carb for close friends who have issues with it. I'm thankful for all people who have shared their knowledge with me.