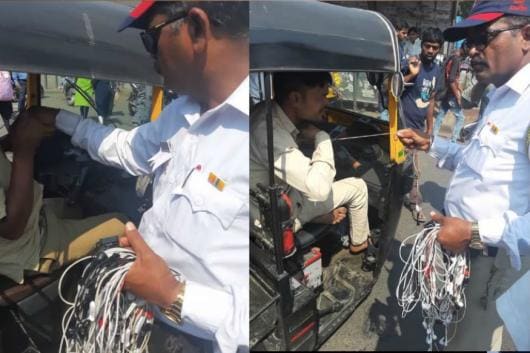 According to a video on YouTube, the Mumbai Traffic Police carried out a special drive on the Mira Road to nab the rickshaw drivers ridding their vehicles with their headphones plugged in. The drive was carried out after the police made several attempts to implement the rule asking the drivers not to use headphones while riding but the warnings went into deaf ears.

A video of the incident shows policemen stopping the auto-rickshaw drivers near the Mira Road railway station. The cops then snatched their headphones and set a bunch of earplugs on fire.