, icing on the cake, is this a dream or am I in reality someone wake up please.

Do you think Ferrari will allow a casual test drive that easily?

"Till yesterday, Ferrari was present in 57 countries. Now we are in the 58th country, which is India

. We should have been in India much before and we expect to sell more than 100 cars in the next 2-3 years," Ferrari SpA Chief Executive Officer Amedeo Felisa said.

The company has appointed the Shreyans Group as its official importer in India. Bookings for the cars start today with the opening of the first dealership in the national capital. The second showroom is scheduled to open in Mumbai in the second half of 2011.

The Ferrari range which will be sold in India includes the Ferrari California priced at Rs. 2.2 crore, 458 Italia at Rs. 2.56 crore and 599GTB Fiorano tagged at Rs. 3.37 crore. All prices are ex-showroom Delhi.

Ferrari's latest model the FF, which was unveiled at the Geneva Motor Show earlier this year, will also be available. It carries a price tag of Rs. 3.41 crore.

Explaining the late arrival of Ferrari in India, Felisa said it was waiting for the right time to enter the market.

"We are in India for the long run and we wanted to be here at the right time after testing the market," he said. In 2008, Ferrari had conducted a 'Magic India Discovery Drive' in India, covering more than 13,000 kilometres and touching 57 cities over 74 days as part of a market testing exercise.

Felisa said globally, Ferrari sold 6,500 cars in 2010 and this year, the company expects to do much better.

"This year, we expect to beat our best ever sales of 6,700 units achieved in 2007," he said. The US is Ferrari's biggest market, accounting for about 30 per cent of sales, followed by Germany, while Japan is the biggest in Asia.

He said the Great China region, comprising China, Hong Kong and Taiwan, also has great potential and could become the company's second-largest market. The company sold about 600 units in the region last year.

Ferrari has cut ties with its Indian distributor Shreyans Group. The legendary Italian sports car maker will handle customer inquiries pertaining to ownership experience and after-sales service until they appoint a new distributor.

Ferrari seems to have been livid with the way Shreyans group has handled the distribution of their cars in India. There were customer complaints on poor service and an overall bad ownership experience due to negligence of the Shreyans Group. Some customers have also alleged that they paid a large amount of money in advance and are yet to receive their cars. In 2011, Ashish Chordia-led Shreyans Group set up Automobili Italia to handle the sales and service of Ferrari cars in India.

This is certainly not good news for Ferrari and they need to soon sort out these issues and appoint a new distributor. The Ferrari brand has a big fan following in India. Its native rival Lamborghini seems to be in a very good position in India and have sold a sizeable number of cars here.

Buddies, Ferrari is launching the California T model in its line-up today at Mumbai for Indian market.​
Regards

Ferrari has made its comeback into the Indian market with its entire model range. Showcased at the launch event was the Ferrari California T which, priced at Rs 3.45 crore (ex-showroom), is the most affordable Ferrari in the India line-up. The California T is Ferrari’s front-engined GT model and is powered by a 552bhp 3.9-litre bi-turbo V8 engine.

We had previously reported the prices for the Ferrari range in India, but due to fluctuating currency rates, these have now been revised and are higher (by around Rs 10-15 lakh). However, the carmaker had accepted some bookings at the earlier mentioned prices, and has also delivered two models.

The prices mentioned below are base asking rates; the final amount is likely to vary depending on accessories and options chosen. 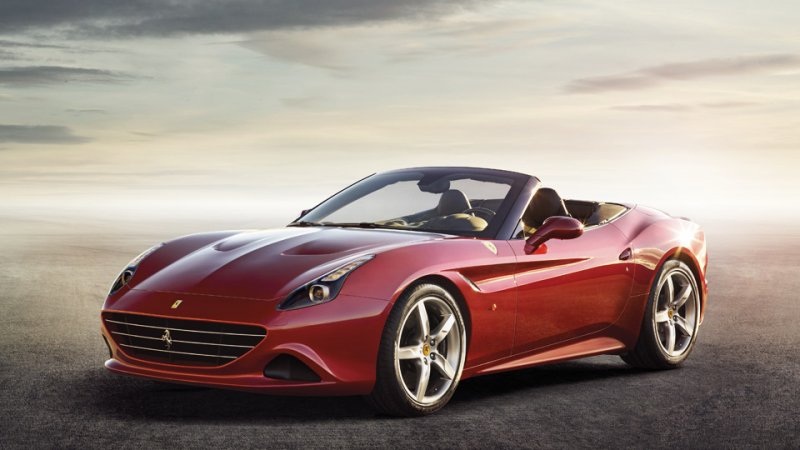 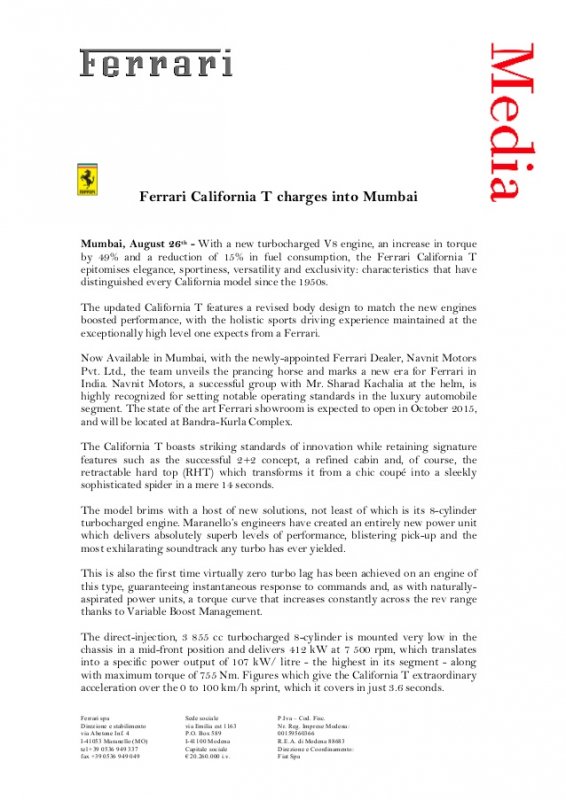 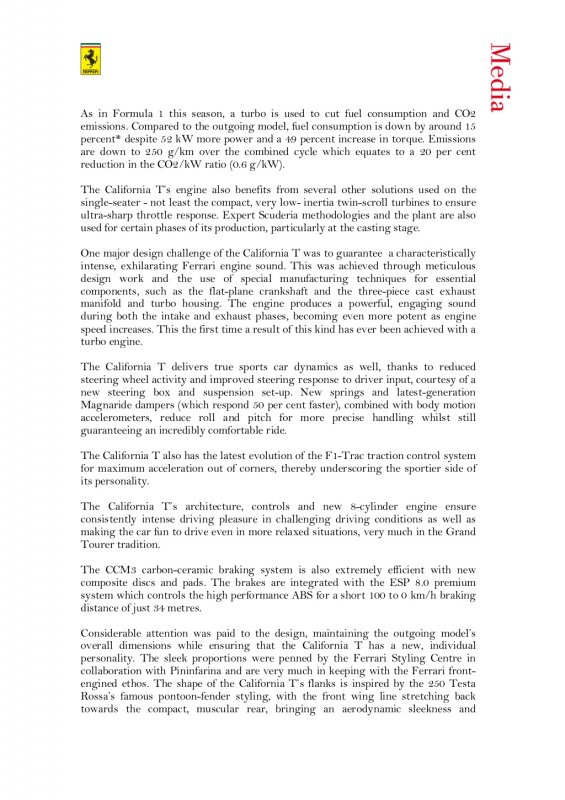 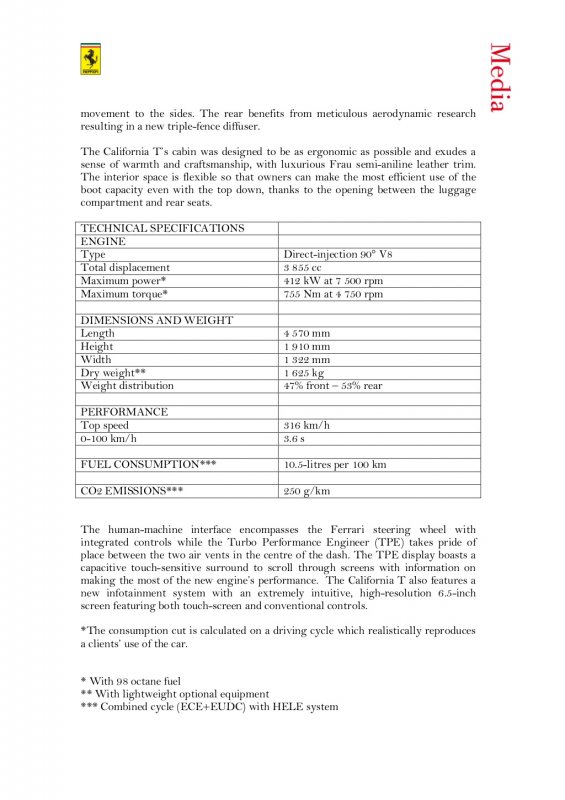 Buddies, I hope most of you are awake. We will be attending the Delhi Launch of Ferrari California T tomorrow. It is a dream launch in all respects for me

. Exclusive coverage Promised! Wish me luck buddies as I may faint after seeing the Ferrari