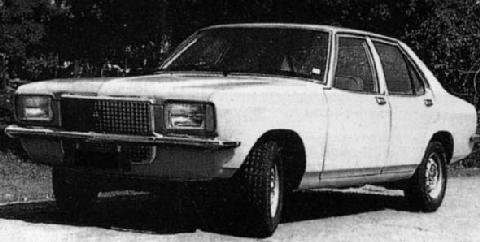 The Hindustan Contessa is a model of car manufactured by Hindustan Motors of India, utilizing the tooling of the British 1972-1978 Vauxhall Victor FE/VX series. It was a popular choice for government limousines. It was one of the few Indian manufactured luxury cars in the market in 80's and early 90's. The production of this car was stopped in 2002.

Contessa was introduced to the Indian market in 1983 with the 1.5L BMC B-Series engine that powers the Ambassador in a slighltly modified form along with the Hindustan 4-speed gearbox. The press was upbeat about the roomy interior and plush ride but was critical about the grossly underpowered engine and primitive gearbox. In a matter of months, Hindustan tied up with Isuzu and started maufacturing the 4ZB1 1.8L petrol engine and matching 5-speed gearbox to install in the Contessa. In the 1990s, Hindustan started manufacturing the Isuzu 4FC1 2.0L diesel engine that powered the Contessa Diesel. These two engines are mainstay in Hindustan Ambassador till date.

The Isuzu powered car came to be known as Contessa Classic and all cars had distinct 1.8L badge in th rear. Towards the end of production, there were three versions of this car; 1.8GLX (Isuzu Petrol), 2.0DLX (Isuzu diesel) and 2.0T (Isuzu turbodiesel). Even though it was based on a 1970s Vauxhall Victor, the interior of this car especially the rear seat was still extremely comfortable for passengers.

The car was first produced in 1983 and the basic design has remained the same throughout its life, though HM made minor updates from year to year. The last series of the car which was in 2002 had numerous features such as fuel injection, power windows, power steering, air conditioning as a standard. However, the demand for the car eventually became quite low and it was phased out.

The company officially stopped manufacturing the car in 2002 because of decreasing popularity. The car has become a legend. It was a sign of opulence and luxury till the advent of the open economy in India in 1991, which led to the flooding of foreign cars into the market. Another reason why the car lost its popularity was because spare parts for the car were expensive compared to its Japanese and Korean counterparts, which discouraged users from buying this car. The common model of Hindustan Contessa is 2.0DL Diesel Contessa.

Both these cars were huge hits when they were first launched! Contessa showed us what luxury is! Just look at the huge bonnet of Contessa , most of the modern don have this now!!

thanks for great compilation RSM. contessa was a great car and to say it was india's own local ford mustang. really its looks resembles to an old ford mustang a little bit..

Milestones
1942 - Hindustan Motors Limited was incorporated at Port Okha in Gujarat as a small assembly plant for passenger cars.

1948 - Hindustan Motors Limited shifted its activities to Uttarpara in West Bengal and set up facilities for manufacture of cars and trucks.

1971 - Hindustan Motors Limited further diversified its activities by setting up an Earthmoving Equipment Division at Tiruvallur, near Chennai, Tamil Nadu for the manufacture of Earthmoving equipments such as dumpers, front-end loaders, crawler tractors and so on.

1986 - The Commercial Vehicle Division for the manufacture of Heavy Commercial Vehicles at Vadodara, Gujarat was commenced. Due to increase in project cost and material cost arising out of adverse exchange fluctuation, the project was abandoned. The company sold a part of the assets of this division to General Motors India Limited, for manufacture of "Opel Astra" range of passenger cars in the premium segment.

2001 - The Earthmoving Equipment Division plant was sold off to Caterpillar, USA.

2002 - Launch of the Mitsubishi Pajero (in collaboration with Mitsubishi Motors, Japan), in India.

It was actually Seventh generation Mitsubishi Lancer, in collaboration with Hindustan Motors.

you and landorver are doing great job in your threads, and this effort is surely one of its kind on any forum! keep it up!

now talking about lancer, it was rich guys car on early days but soon became too common but i dont like it much, cedia is best anyday.

Lancer was once regarded a great car but now is available for very cheap deals in second hand market. Main reason being Mitsubishi not doing well in India!!

But i love this car , a perfect car to mod both performance and looks!!

Baleno
The Suzuki Esteem is an export nameplate for the Suzuki Cultus Crescent — also marketed in Europe, Australia and many Asian countries as the Suzuki Baleno — manufactured by Suzuki Motor Corporation. In India, it was manufactured by Maruti Suzuki and sold as the Maruti Baleno. 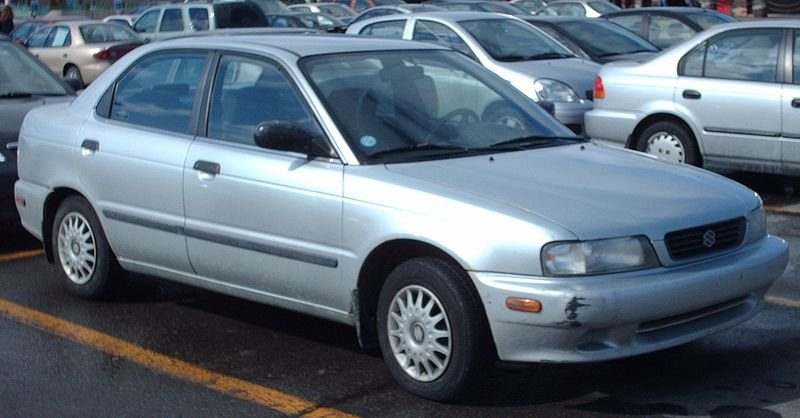 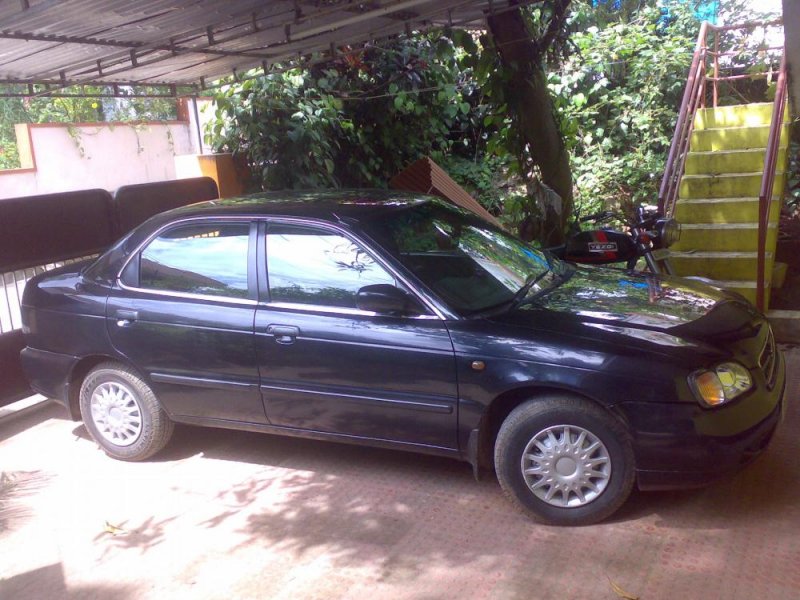 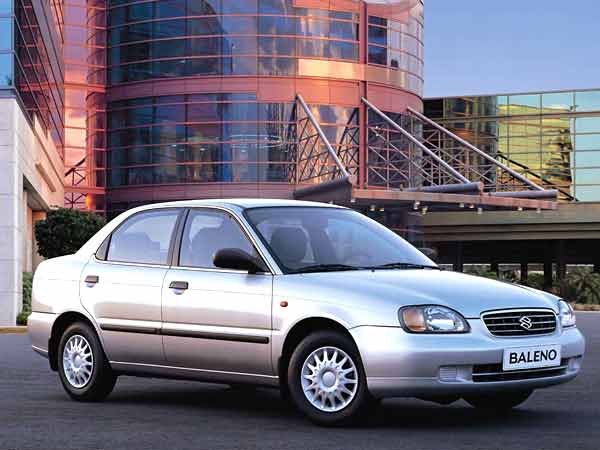 Wagon R
The Suzuki Wagon R is a kei car first introduced in Japan in 1993, and is still in production by Suzuki. The R stands for recreation. It is one of the first cars to use the "tall wagonor tall boy" design in which the car is designed to be unusually tall with a short bonnet and almost vertical hatchback and sides in order to maximise cabin space while staying within the kei car dimension restrictions.

The Maruti Wagon-R is a made-for-India version of Suzuki Wagon R. Maruti Suzuki India Limited has recently revamped its looks and introduced a new look WagonR which sheds the boxy look at the back.

The Wagon-R was born out of Japanese kei-jido-sha restrictions which dictated a limited length and engine size. This boxy, tall-boy design has now completed nine years of presence on Indian roads.

Maruti's launch of the car was ill-timed. Despite being one of the world's first tall-boy designs (along with models from Daihatsu and Daewoo), the Wagon-R was not first-to-market in India.

The Hyundai Santro (Hyundai Atos in Europe) was the first tall-boy design to hit the Indian roads. It preceded the Maruti-Suzuki Wagon R by a two year lead. Hyundai santro is the main competitor.

Though the WagonR was a hit and is still being sold now , the Baleno was a big flop!! Though i have heard that the Baleno is a good driver's car!!

RSM one question - wasn't this thread for history only (vintage cars etc) how will you post the updates for latest cars like wagonr, santro and more because new cars keep launching frequently so what about indian car scene section?

No..no.. It was not for vintage cars.
The purpose of this was to keep/collect details of all cars in India, with its timelines.

It will have more recent cars entry also. We are still in 20th century here.

Alto
The 5th generation Alto (HA12/22) was introduced in 1998, in India it came in 2000. The styling was generally more rounded, the shape of the cabin showing the Alto's relationship with the new Kei. The 658-cc engine was produced in a version without a turbocharger, joining the turbocharged version and the 657-cc engines. Several derivatives were produced from this generation. Suzuki produced two "classic-style" versions: the Alto C with a deep chrome grille and a curious headlamp arrangement by which circular main lamps were joined with ovoid sidelights and indicators, which was shared with the Alto Works and the Alto C2 which had separate headlamps and sidelights and a wider grille. 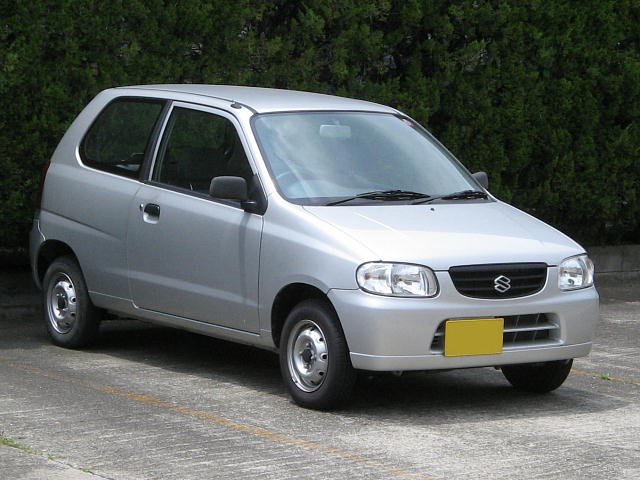 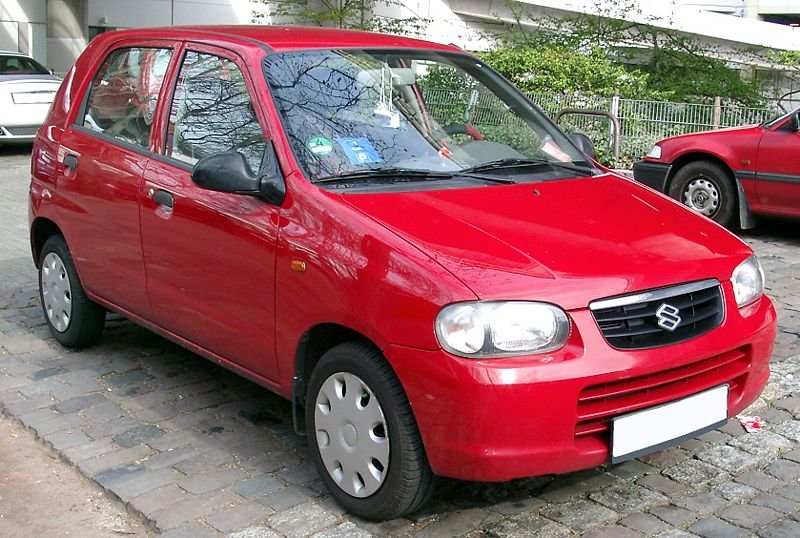 Altura
Maruti Baleno Altura was the eighth model in Maruti's range and the first one in the estate segment. The Baleno Altura exudes sophistication. The attention-grabbing design of its front grille and headlights draws your eye to the elegant lines of the bonnet, and leads you along the smooth sweep of the body with its high hipline and towards the large tailgate. Its spacious front seats with contoured headrests hold you firmly and comfortably, while allowing your legs (and imagination) to stretch out. The thick cushioning and a spring-mounted base on the seats make long journeys an absolute pleasure. The rear seats too offer surprising legroom, headroom and elbowroom. 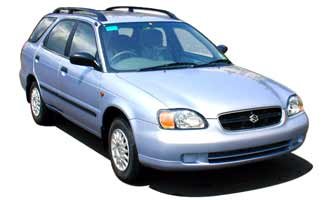 What , i have never heard or even seen the Altura till now!

Altura was sleek station wagon avatar of Baleno. Just like failure of other station wagons, this was a no exception. Still I say it’s worth it if you come across one in second hand car market in a reasonable condition.

Yeah because seriously i have not seen even one Altura till now , even in used car dealers.
You must log in or register to reply here.