India Gets Own "INR" Symbol

New Delhi: India has finally got a symbol for the Rupee and joined a select club of countries whose currencies have an unique identity.
The Union Cabinet on Thursday approved the design, which includes both the Devnagiri 'Ra' and the Roman capital 'R' and has two parallel lines running at the top. The parallel lines symbolise the equal to sign. "With this India will join an elite group of countries which have a distinct currency symbol. It denotes the robustness of Indian economy. I will now hold up the design that was finally selected. This was sent in by Udaya Kumar," said Minister for Information and Broadcasting Ambika Soni in New Delhi.

She said that the Rupee symbol was a nice blend of modernity and Indian culture.3 The symbol selected has been designed by an Indian Institute of Technology-Bombay postgraduate D Udaya Kumar and was selected from among five short listed symbols. Kumar, who will join the Department of Design at IIT Guwahati on Friday, explained that the design is based on the Indian Tricolour. "My design is based on the Tricolour with two lines at the top and white space in between. I wanted the symbol for the Rupee to represent the Indian flag. It is a perfect blend of Indian and Roman letters: a capital 'R', and Devnagari 'Ra', which represent rupiya, to appeal to international and Indian audiences. After working on the design for few months, I shortlisted eight to 10 designs and then refined them further till I got this one," said Kumar. His entry was chosen from 3,000 designs competing for the currency symbol. He will get an award of Rs 2.5 lakh. All new notes will now bear the symbol. Though the symbol will not be printed or embossed on currency notes or coins, it would be included in the 'Unicode Standard' and major scripts of the world to ensure that it is easily displayed and printed in the electronic and print media. Among currencies with distinctive identities, only the pound sterling has its symbol printed on the notes. Unicode is an international standard that allows text data to be interchanged globally without conflict. After incorporation in the global and Indian codes, the symbol would be used by all individuals and entities within and outside the country.The symbol will be adopted in a span of six months in the country, and within 18 to 24 months globally, Soni said, adding that it will feature on computer keyboards and software for worldwide use. 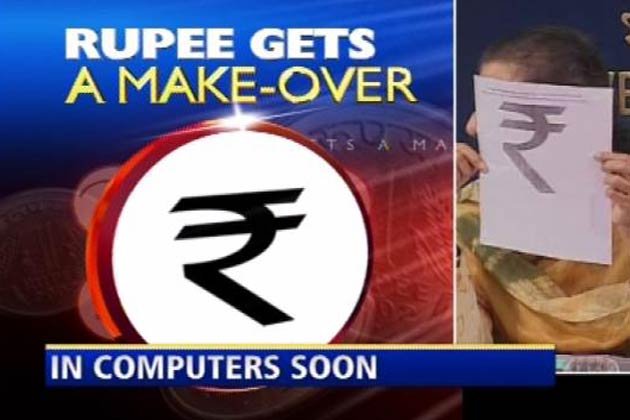 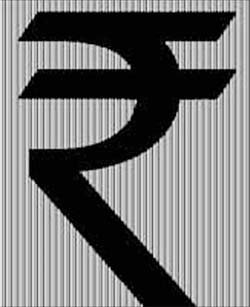 Well yeah it was time we had our own symbol , it was annoying to type it everytime as "Rs."! I want this symbol soon in my keyboard and my mobile!

It's a good news for our nation. The symbol looks nice but could have been kept simpler. Yes, We may soon see the new addition to symbols in Microsoft Word and other similar softwares.

this looks cool! it gives the identity the country needs! though it looks a bit like a chinese character.
A

Well, I feel it could be better designed.
I am not impressed by the symbol at all.

AMG said:
Well, I feel it could be better designed.
I am not impressed by the symbol at all.
Click to expand...
Same here. Here is the picture that has some other design that entered the competition. I actually like the symbol on the lower left corner. Hey Crazycat where is the image?

I too like that. Anyway lets be happy that INR gets a logo at last.

Crazy cat said:
Same here. Here is the picture that has some other design that entered the competition. I actually like the symbol on the lower left corner.
Click to expand...

Well i can see image now , yeah that symbol looks even better. But its only english alphabet , maybe they thought they should some Indian language in the symbol too!

Yupp i too felt the same.
The current symbol shows its indian genuineness.

Whereas the one in left side bottom looks like alphabet to me.