How to Drive a Car in which Bonnet is Not Visible from Inside?

Re: is it difficult to drive those cars in which bonett is not visibel???

Thetraveller said:
Welcome slow driver! You have raised a pertinent question. The answer lies in experience and judgement.

To begin with in case you are driving a car which has a high windshield and non-visible bonnet, raise the height of the driving seat to reach a position from where you can see it.

If it is not possible, follow this simple rule while driving (initially) do not go so close to the car in front that you can not see its rear wheels from behind. Judge your drive accordingly.
Click to expand...
Raising the height of the drivers seat and keeping more distance is the best solution . But if you raise the height of the drivers seat there will be some problem with visibility as the rear view mirror comes to an odd position ( at least it happened in my case ) .

All most all cars today other then some SUVs have the bonnet line which is not visible . It's just a matter of habit as others have mentioned keeping safe distance from the car ahead to you irrespective of the boonet clearly visible or not must be practiced religiously .
But I agree when you need to take turn the car at very tight places the visible bonnet helps .
M

I recently drove the new Honda Civic, and was disappointed to notice that its bonnet visibility is practically zero. I agree that to an experienced driver this wouldn't be an issue, but I personally love the feeling of being able to keep a visual note of the edges of my car while driving.

From browsing online, and from personal experience, I have noted the following cars to have good bonnet visibility:

As a good rule of thumb, I have noticed that cars which have dent/scratch marks along the edge of the front left bumper generally are the ones with poor bonnet visibility.

I hope knowledgeable members here will enlighten me about this often overlooked aspect of bonnet visibility vizaviz the cars available in the Indian market today.

With this criteria, most modern day hatchbacks & sedans will fail to match your needs. You would need SUVs like Scorpio, Duster, Safari etc. to be able to see the edge of the bonnet from driver's seat.

You forgot to mention maruti 800 and accent. Their bonnet visibility is also good.
Last edited by a moderator: Jun 24, 2014

During old days, Cars, Lorries etc had a metal aerial fixed on both the front left and right corners which I believe was to give a idea of the bonnet edge.

What is reason for lowering the bonnet so that it can not be viewed from driver's seat,when it becomes necessary for new drivers? I heard in a driving school that for better driving,learning in old ambassador is good option. Is it for its bonnet visibility?

basically due to aerodynamic design all modern cars (mostly hatch and sedans) doesnt come with bonnet visibility. after gaining driving experiance when u sit inside the car you can able to visualize the dimensions and you could get good control over it.
as per your view , eventhough if you have bonnet view how can you avoid side profile scratches or dents ?(rear left door for example)
now a days i have never seen driving school which are using ambasador . they moved to hyundai and maruti's.
D

I am a new car driver driving i 10 in narrow lanes where there are people walking on both sides of roads. How will i make judgement that people on left side are not hit by my car. I cannot see the bonnet of my car . How will i judge that car infront of me is not hit by my car and when should i apply brakes for cars infront of me while driving?how much distance should i keep on both sides of my car from other cars?

dineshkumar said:
I am a new car driver driving i 10 in narrow lanes where there are people walking on both sides of roads. How will i make judgement that people on left side are not hit by my car. I cannot see the bonnet of my car . How will i judge that car infront of me is not hit by my car and when should i apply brakes for cars infront of me while driving?how much distance should i keep on both sides of my car from other cars?
Click to expand...
You can install this kind of bar for judgment. 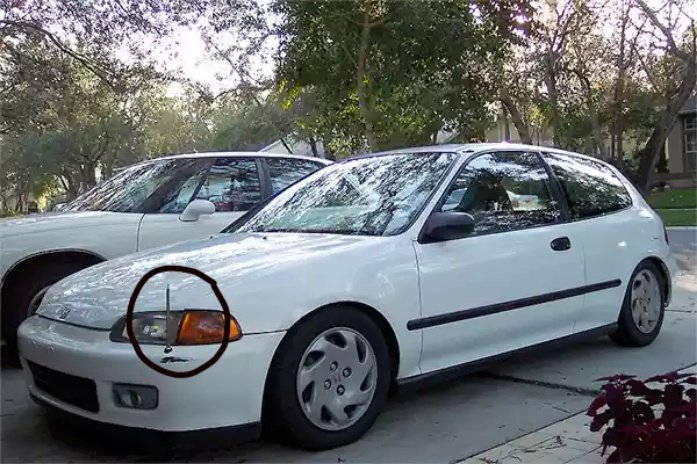 For front judgement, you should be able to see number plate of the car in front.
For left judgement you need to practice it, mostly you can ask someone to stand very close to the left when your car is parked and while sitting on driver's sit you can judge the nearness of that person with respect to your car body.