Harley Davidson fans get yet another reason to rejoice. Harley is now planning to locally assemble their Bikes as CKD (Completely Knocked-Down) unit in Haryana, India from first half of 2011 onwards. India will be the second country in which Harley-Davidson has CKD assembly operations outside the US, after Brazil where the company began assembly operations in 1999.

Yes came across the news today , here is a report on the same!

NEW DELHI: Harley-Davidson on Tuesday announced that it would start assembling its iconic bikes from next year.

“The plant is likely to be operational by the first half of next year at Bawal in Haryana and investments in it will be a part of tens of millions of dollars that we are making in India…CKD is important for us in order to make the bikes more accessible. For example, the duty tariff for import of completely built units is 60 per cent, while that on the parts is 10 per cent,” Mr. Prakash said.

The company now sells 12 bikes priced between Rs.7.79 lakh and Rs.38.66 lakh. As of now, Harley-Davidson has been importing completely assembled motorcycles from its U.S. assembly plants. Once the CKD assembly facility is operational, it will import CKD kits for select models, consisting of components produced by Harley-Davidson's U.S. plants in Wisconsin, Pennsylvania and Missouri.

Employees at the Haryana facility will then assemble the components into finished motorcycles. Other models will continue to be imported as completely built motorcycles for now.

The company, which started selling its products since July, is expecting sell 200-250 units by the end of 2010. Harley-Davidson has now four dealerships with the fifth one coming up next month in Bangalore.

I just welcome this brilliant move!!

Now we can see many Harleys on road & base price should be close to 4 Lakhs :)

Here I announce the great news for Harley Davidson fans – The renowned manufacturer has now commenced to assemble their bikes in a contract-based Haryana plant. As a result, this has brought down the costs to a significant margin. Following are the Ex.showroom prices of the two ‘affordable’ Harley Davidson bikes in India: 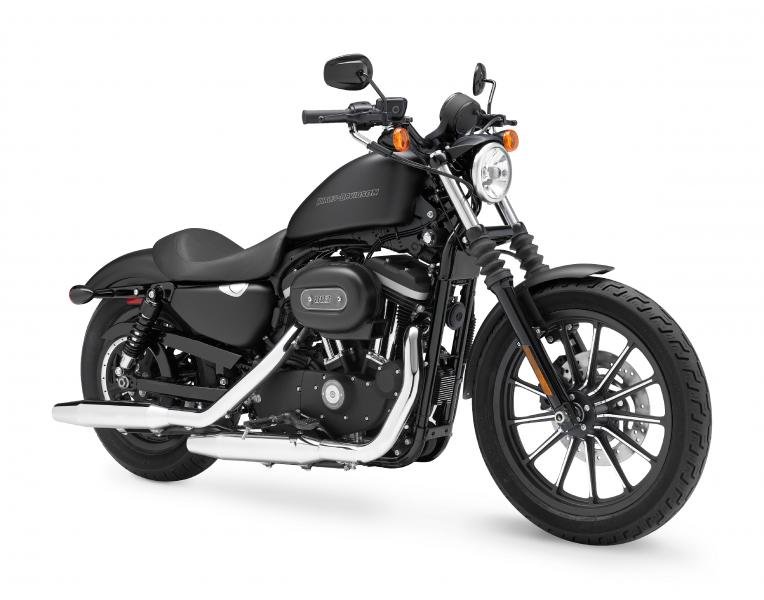 Yeah.. saw the news & its really awesome to see the CKDs from HD.

Now that price tag is affordable , hoping to see HD'S on road!

I saw HD showroom today at vasant kunj, delhi, These bikes are just fabulous. If you have the money don't miss these :P
A

This model will be available across all the Harley- Davidson dealerships, in addition to the existing model line- up of 14 bikes for 2011, Harley Davidson India said in a statement.

The company said bookings for the new offering will start from this month at its five dealerships across the country.

Last month, Harley Davidson had said it would not hike prices of its two models to be assembled in India despite an increase in import duty for completely knocked down parts.

The company, which is setting up an assembly unit at Bawal in Haryana, had said it was evaluating options in the wake of the new CKD norms, resulting in higher import duty.

In December 2010, the company had announced that the SuperLow and Iron 883 will be the first two models to be rolled out of the CKD assembly facility in Bawal in Haryana. The bikes are priced at Rs 5.5 lakh and Rs 6.50 lakh (ex-showroom), respectively.

In November 2010, Harley Davidson announced to start assembling bikes in India from this year. The Indian plant will be only its second facility outside its home-base after Brazil.

The US iconic brand was allowed to enter India in 2007 with relaxed emission norms for big bikes above 800cc, while mangoes from here were allowed to be sold in America. However, It first started selling its imported bikes in India from this year.
Click to expand...
Source: Economic Times

Re: Your Best Photographs!!

This guy went past us when we were doing 150 kmph, he was invisible in minutes!!! not sure how fast he was doing on that HD 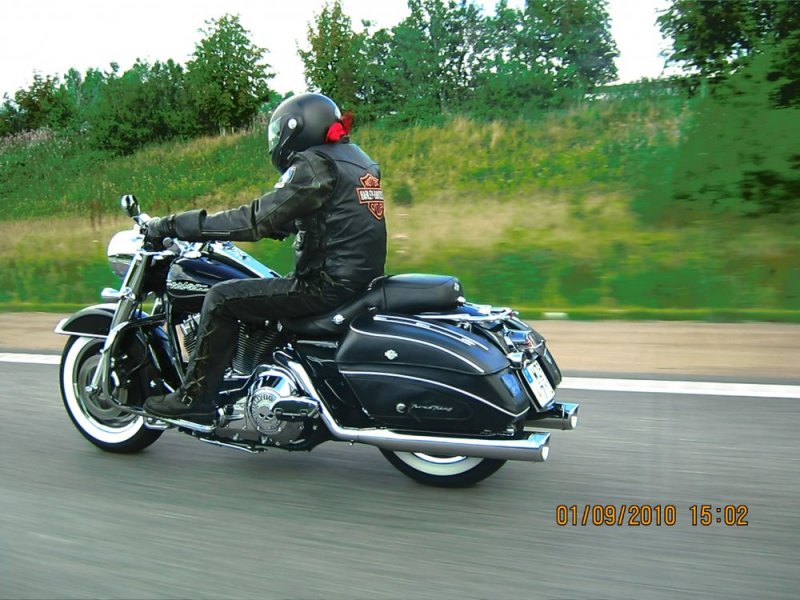 Nice spotting FJ. Even I came across a Harely just recently. This one is now up for sale.

The road starts here, it never ends, is one of Harley Davidson's memorable slogans that is immensely apt for the American bikemaker's plans for the Indian market. After a fairly successful period of selling assembled bikes, the cult bikemaker now plans to set up a manufacturing plant in India with the aim of making its expensive superbikes more accessible to consumers by localising production.

The company sold 716 bikes in the last fiscal and averaging around 100 units per month this year, but it is facing increasing competition from new entrants such as BMW, Kawasaki, KTM and Hyosung. Cheaper superbikes in the market such as the Hyosung GT250R, priced at Rs 2.75 lakh (ex-showroom, Delhi), and Kawasaki Ninja 250 and Honda CBR250R - also in similar price band - have been eating into Harley's volumes in the entry-level superbike segment.

According to key officials in the company, who spoke on the condition of anonymity, a Harley Davidson team from the US has been doing rounds of preliminary assessment and scouting around for the right location for a manufacturing facility in India. "These initiatives are at a very early stage. The new plant has been planned as the Indian market has shown explosive growth in superbikes in the past few years, albeit on a comparatively smaller base," an official said.

Harley has a completely knocked-down (CKD) assembly plant at Bawal in Haryana, about 100 km from New Delhi. India is the only country after Brazil where Harley has a CKD unit for assembling kits supplied from the US. Assembling bikes has helped the hot-rod maker circumvent high import tariffs and lower prices on its motorcycles in India by an estimated 20-25 per cent in 2011. The Harley range starts from Rs 5.60 lakh with the superlow model and goes up to Rs 35.45 lakh for the Ultra Classic Electra Glide marquee brand.

Now, the company is planning to go for localisation for entry-level models that will allow it to compete with Japanese and European bikemakers who also have lined up similar plans. A new plant will enable Harley to expand its presence in the world's second-largest motorcycle market.

A Harley Davidson executive in India did not confirm the plans. "We currently do not have plans to set up another plant in India. As part of its global growth strategy, Harley-Davidson is highly focused on the ramp-up of CKD operations in India as it allows us to improve our market responsiveness and production flexibility while reducing the tariff burden," Sanjay Tripathi marketing director of the company said.

It's my dream to own a Harley, hopefully will get one by 2015 once done with all sort of financial commitment. It will be pretty cool to drop my future kids to school by Harely rather by car. Let see if I am allowed to fulfill my dream.

Sanjay Tripathi, director of marketing, Harley-Davidson India, resigns after serving the iconic American muscle bike manufacturer for two eventful years and 10 months. Credited with setting up and guiding Harley-Davidson’s Indian operations to unparalleled success, the company today outsells all its rivals in the market. The Harley-Davidson culture has grown in India with Sanjay at the helm, promoted through a number of boot camps, rides and other activities, including the Founders’ Ride, Harley Rock Riders and the Freedom Film Festival.

Sanjay has ridden extensively across India, Japan, Europe and the US, including representing H-D India at the famous annual H-D Sturgis Motorcycle Rally. Sanjay carries with him over 15 years of rich experience within the Indian two-wheeler industry, starting with his involvement with the Royal Enfield 350cc Bullet Electra launched in 2001, to introducing the very first officially imported superbikes seen in India – the Yamaha YZF-R1 and MT01 in 2007 - and creating an annual rock music property for H-D India called the Harley Rock Riders.