Great Wall Motors has setup an individual manufacturing unit in Pune. That translates they’re not collaborating with ICML. Here's an interesting article from Economic Times:

GWM has also decided to launch its globally success Haval H5 model in India, two people with knowledge of the development said. The company was earlier considering Gujarat and Tamil Nadu to set up its plant, but chose Maharashtra due to a host of incentives offered by the state government. "Great Wall has also taken into account Chinese government-owned Beiqi Foton Motor Company's decision to set up its commercial vehicles facility at Khed near Pune with a cumulative investment of Rs 1,676. The proximity factor is expected to help both the companies achieve back-end synergies," said a person having direct knowledge of the development.

The Chinese company has already sent a team of senior executives to India to workout a schedule to foray into the domestic market. The finer details of investment and capacity would be revealed in the next few months, the person added. Xi Liang Chen, Indian operation project manager of the Chinese automaker, declined to comment on the India strategy. According to sources in the automobile industry, Great Wall has already initiated product clinics of the H5 SUV for the Indian market. The product would be showcased along with a few other models from the GWM stable in the February 2014 Auto Expo in New Delhi.

It has, however, ruled out any joint venture with any Indian partner unlike another Chinese carmaker SAIC that now holds 9% equity in its US car partner's local subsidiary General Motors India. Great Wall is likely to be the first Chinese auto company to establish a wholly owned subsidiary in India and introduce its own cars and SUVs.
Click to expand... 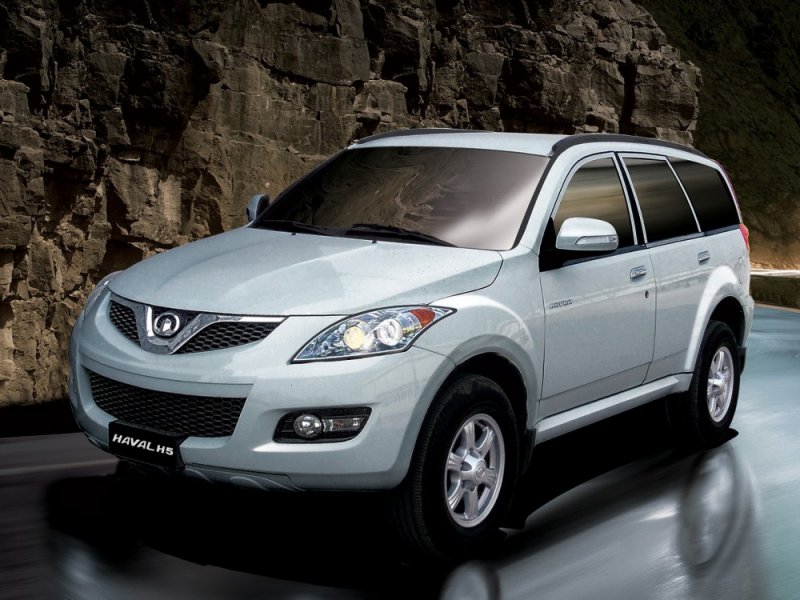 Looking at this development, it will be interesting to see what ICML will do as they have no vehicle expertise and an idle production plant and an non existent sales for it's Rhino. Primarily a truck manufacturer, Great Wall started its journey in 1984. In 2006 the company started export to Europe. They also have an assembly plant in Bulgaria. By 2009, their Haval branded SUVs were a hit in China as they became the 2nd best selling SUV in the country. Today, they are the largest SUV and pick-up truck maker in China. One of their newest and most popular SUV is the Haval H6 coupe, which has been spied undisguised by Gagan Choudhary. Based on the Haval Coupe C concept, which was showcased at the 2014 Beijing Motor Show, it was finally launched as the Haval H6 Coupe in production format at the 2015 Shanghai Motor Show. The coupe SUV was more recently given a facelift, and it is the facelifted latest version of Haval H6 Coupe that has been spied in India. China’s largest SUV maker, Great Wall Motors, has registered an Indian subsidiary and is planning to invest close to Rs 7,000 crore in the country, even as the market is going through one of its worst slowdowns. The company has been scouting for sites in at least five states — Maharashtra, Gujarat, Karnataka, Andhra Pradesh and Tamil Nadu. Maharashtra has emerged as the strongest contender, followed by Gujarat, the people said.

“As of now, the company is looking at both greenfield and brownfield options in Maharashtra. It is considering the land acquired by Chinese truck maker Foton in Chakan near Pune,” one of the people said.

General Motor’s Talegaon plant is another facility it is actively considering. The Haval marque, a GWM property, is best known for its wide SUV range. While talks had been ongoing, GWM’s entry in India was announced as recently as January 17, 2020 following an agreement to acquire the General Motor Talegaon factory on January 17, 2020. This is a significant step forward considering the manufacturer will not have to wait for the stipulated period it takes to build a modern factory. Acquiring the GM plant is a strategic stepping stone.

These Chinese automakers have reserved nearly 20 percent of floor space at the India Expo Mart in Greater Noida, Uttar Pradesh relating to 8,000 sq meters of a total of 40,000 sq meters. Apart from seeing India as a potential market to increase sales, experts cite the increased participation by Chinese companies in India as a way to combat lower sales in their own country; which has fallen for the 17th month in a row in November 2019.