UPDATE: May is here and Force Motors is almost ready to launch their new SUV. I'm attaching the spyshots and important excerpt from article by Autocar India.

This 2.2-litre common-rail turbo-diesel is the same unit that powered the W210 E-class when it was first launched in 2000; though this engine is now a generation old, it still meets the latest Bharat Stage IV norms and promises better performance and refinement than homegrown engines from Mahindra and Tata. Although this engine will be made under license from Mercedes by Force Motors for its SUV, it’s unclear if the German company will allow its brand name to be used on the vehicle. The ride and handling has been tuned by Lotus and the Force SUV is currently in the sign-off stage before production begins around June. According to industry sources, the SUV will be priced around Rs 10-12 lakh and will come with lots of features which include airbags and ABS.
Click to expand... 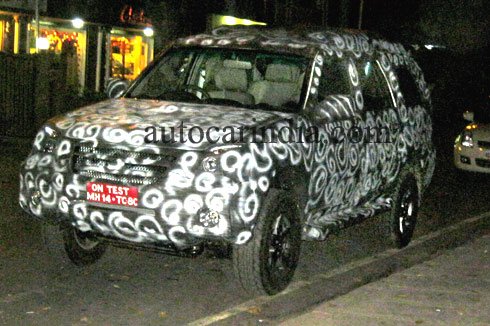 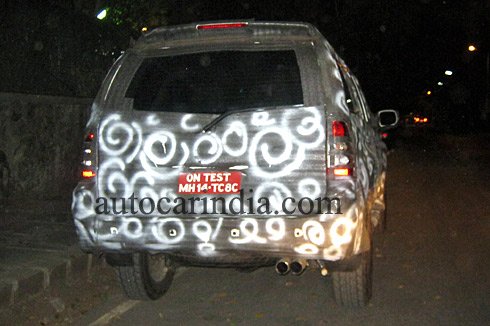 it still meets the latest Bharat Stage IV norms and promises better performance and refinement than homegrown engines from Mahindra and Tata.
Click to expand...
That is what was factory ordered.
It is not easy to beat established players.

bored of these spyshots now..huh!! we want some launch info and price details now!!

Force is unveiling this SUV today. The car has been named as 'One'.

I am eagerly waiting for this SUV to launch. IMO if priced well, this SUV can earn something for the Force motors.

Force Motors haven't unveiled the SUV today, but have shared few details. The launch will be in one month's time. They have revealed a new logo for its passenger vehicle division.

Price: Between the Mahindra Scorpio and Ford Endeavour.

And surprising thing is that they have announced that company plans to replace the soon-to-be-launched SUV by an all-new next-generation SUV in 2013.

Force Motors reveals the name of its upcoming SUV!!

"Force Motors finally revealed the name of its eagerly awaited SUV. Force One is the name of this upcoming offering from Force. The name encapsulates the SUV's imagery of ruggedness, strength and power very effectively.

The new logo for their Passenger Vehicle Division was also revealed at an event held at Four Seasons, Worli. “The logo represents a movement independent of any inertia, a movement that is natural and represents both growth and change. It represents ambition and hunger for more and is an indication of the direction that Force Motors is headed towards rapidly.” (photo of the logo)

To know more check out

Threads Merged. Thanks for the info Force Motors! Can we have some pictures of today's event?

AMG said:
....
Foreign consultants are working on minimizing NVH levels.
.....
Click to expand...
Indian engineers are working for foreign OEMs in NVH departments & for a Indian product we need a foreigner to work on the same

I spotted this car while I was coming back from Manali.
The car in real looks like an ugly cousin of Hyundai's Santa Fe.The cars engine sounds 'unrefined', it sounded like a small truck engine.It was emitting too much smoke.
As soon I took out my camera, the driver saw me and fled.

So, this is the only pic I manged.

Excellent spy shot! Thanks for same. Most likely this could be the Force One. Can you share more initial observations (if any)?

350Z said:
Excellent spy shot! Thanks for same. Most likely this could be the Force One. Can you share more initial observations (if any)?

The car was going to Leh via Rohtang pass.I guess they were testing cars ability and durability in harsh conditions.The ground clearance is similar to the Tata Safari.Thats all I could recall.

Possibly the car might be going under cold weather testing. Upon watching this spy shot, representative from Force Motors has to say the following:

Force Motors said:
This is a test vehicle, that too when it is not refined. Final product will be up to your expectaions. Please don't relate test vehicle as final product.
Click to expand...
Well, let's hope so.