The 2021 Toyota Yaris has been awarded a five-star crash safety rating when measured against new, tougher criteria.

An Australian-specification right-hand-drive version of the 2021 Toyota Yaris has been tested by European authorities, and validated by the Australasian New Car Assessment Program (ANCAP).

The new-generation Toyota Yaris is the first car in its class equipped with twin centre airbags, which are designed to protect front seat occupants from bumping their heads in a severe side impact. The 2020 Ford Puma will land in Australia this month with a five-star safety rating from the Australasian New Car Assessment Program (ANCAP) – a score applicable to every variant in the brand's new small SUV line-up.

However, it's worth noting the Puma's safety testing was carried out in 2019, meaning the model wasn't subjected to the more stringent testing criteria introduced for 2020. 
Latin NCAP, which tests vehicles for the South American market and the Caribbean, recently conducted a fresh test on the new gen Hyundai HB20 and landed up downgrading the safety rating of the hatchback. In the latest test conducted by Latin NCAP, Hyundai’s HB 20 has received just a single star rating. Of the maximum five stars a car can receive, ANCAP issued the utility vehicle only three, based on 2019 testing of its SUV sibling, the Jeep Wrangler, as well as supplied technical evidence and in-house evaluation and modelling.

The Gladiator is one of only seven vehicles in Australia to receive a three-star rating, joining the Wrangler, the Suzuki Jimny, the Ford Mustang, the LDV G10, the LDV V80 and the Mahindra Pik-Up. The new 2020 Toyota Hilux & Fortuner facelifts that were released earlier this year have received 5-star rating in the latest round of ASEAN-NCAP crash tests. The Toyota Innova Crysta facelift made its debut in Indonesia recently, and the updated version was crash-tested by the ASEAN NCAP as well. The results are out now and the 2020 Innova Crysta facelift has scored a five-star safety rating in the ASEAN NCAP crash test results. The model tested was the entry-level 2.0-litre petrol engine manufactured in Indonesia. The base version of the model is equipped with ABS, EBD and ESP, along with dual front airbags and front seatbelt reminder that helped the MPV achieve the high safety rating.

The Toyota Innova facelift also now gets ESC as standard, which also helped the car achieve a full five-star safety rating. In comparison, the 2016 Innova received ESC only on the higher variants, which is why the MPV had previously received a four-star safety rating on the base version. 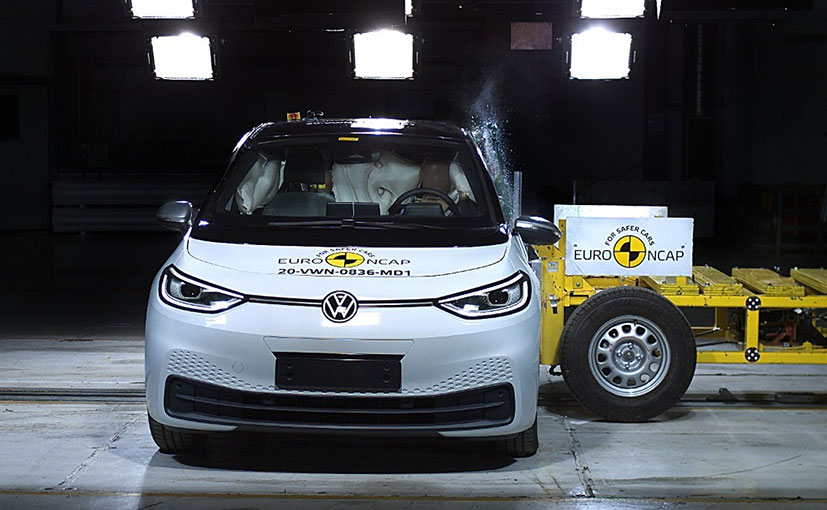 In the Euro NCAP (European New Car Assessment Programme) safety test, the ID.3. has achieved the highest score of 5 stars. The auditors gave the first model to be based on the new modular electric drive matrix (MEB) good ratings in all criteria – for the protection of adult occupants, children and vulnerable road users as well as for its safety assist systems. 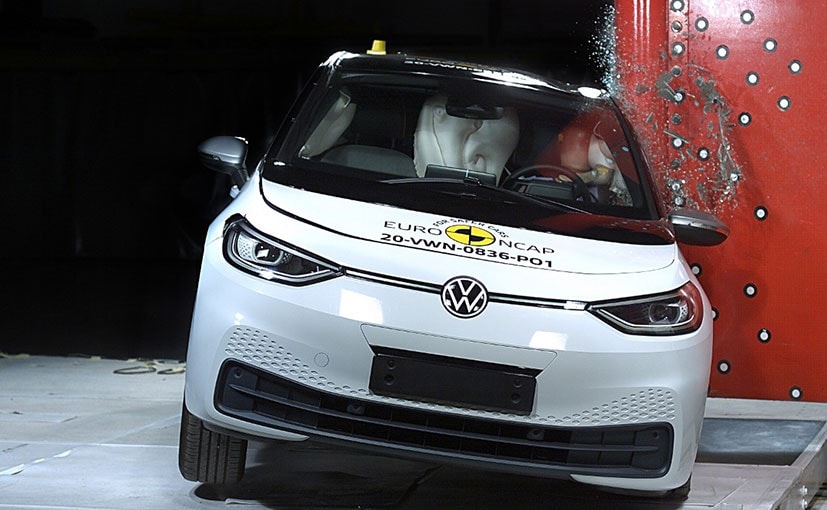 For the first time at Volkswagen, a feature known as a centre airbag for the front seats is also installed in the ID.3. It prevents possible head contact between the driver and front passenger in the event of a side collision, for example. Announced today, the Escape’s five-star ANCAP safety rating comes with a 2019 datestamp and is based off tests conducted by Euro NCAP on the European-market Ford Kuga last year.

All models bar the electrified Escape ST-Line PHEV wear the five-star rating. It’s unclear whether ANCAP or Euro NCAP plan to test the plug-in variant in the future. 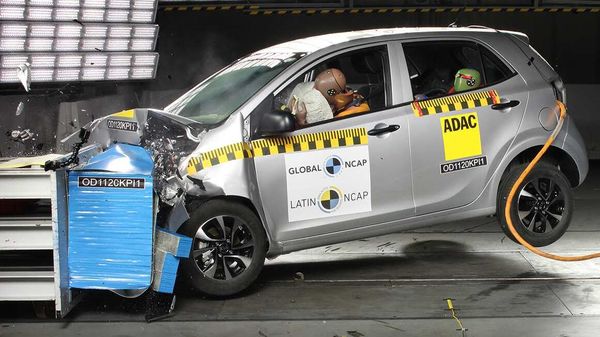 Kia Picanto is a popular offering from the Korean car maker in several foreign markets but the latest safety tests from Latin NCAP may cause its image a crack deeper than the one caused by the dummy crashes. The car failed to score any points for adult safety in the tests.


Produced in South Korea and with driver frontal airbag as standard, Picanto received a zero-star rating. The breakdown of the results saw the car getting 0% in the Adult Occupant box, 29% in the Child Occupant Box, 51% in the Pedestrian protection Box and 7% in the Safety Assist Box. The report noted that Anti-lock Braking System (ABS) and Electronic Stability Control (ESC) are not standard and that side body and head airbags are not available even as optionals.

It is important to note here that the Picanto on offer in European markets offers a wide varirty of safety equipment - some as standard - but the one on the test mentioned above was for the car offered in the Latin and Caribbean market. "It is absolutely appalling that a global car manufacturer like Kia offers the Picanto with 6 airbags, pedestrian protection and ESC standard, for 8,700 Euros in European markets while in our region the car offers such poor safety levels," said Alejandro Furas, Secretary General of Latin NCAP. "Latin NCAP calls and encourages Kia to act now and make substantial improvements in the Picanto as well as in all its fleet in Latin America and the Caribbean region."

Well so have to trust the cars that are actually tested for that region. Eg, cannot blindly take 4 star in EU as its measly 0-2 stars in India makemodel. not sure if fortuner and crysta are exact same as the ones scoring handsome 5 stars.
Kia 0 star is also a news. A very high score on child safety rating too. Our home grown boys Mahindra and Tata are indeed walking the talk on safety. Kudos to them. The ratings are confidence inspiring and it looks like the highest ever for the child occupant protection ! Thumbs up Mahindra . Only Indian manufacturers cares about safety it seems. The second-gen
@MahindraRise
Thar has secured a four-star adult and child occupant protection rating in the latest
@GlobalNCAP
crash tests.

Now this is big news, 3 cheers for Indian manufacturers, one more feather in Thars cap. A body on frame vehicle can achieve this feat, kudos to Mahindra team. Just shows how ethical and concerned Tata & Mahindra are where as the torchbearers and leaders of Automobile industry in India are still playing with their " Dil se Strong"customers. And by the way look at that base variant, it is competitively priced! For a vehicle that size and that engine, at that price point they are providing such strong vehicle, this is value engineering!

Global NCAP crash tests to get a lot tougher

Global NCAP is all set to make its safety testing protocol for India far more stringent. Its ‘Safer Cars for India’ programme – launched in 2014 – currently awards cars up to a 5-star rating for adult and child occupant protection, via a single crash test only.
Called the Offset-Deformable Barrier test, it consists of the car driven at 64kph and with a 40 percent overlap into a deformable barrier, which GNCAP says is the equivalent of a crash between two cars of the same weight, both moving at 50kph. Additional tests are also carried out, like the side impact test recently done on the Mahindra Thar, though these are only for 5-star rated cars or done at the behest of the manufacturer.