The Chevrolet Trail Blazer which is planned for launch in India and also spotted in India shall come to India as CBU unit from Thailand facility of GM initially. A 2.8L diesel engine will power the SUV.

Chevrolet Trailblazer, which is announced to launch in the Indian market this year, will come through the CBU (Completely Built up Unit) route, at least initially. The SUV will be imported from General Motors’ Rayong plant in Thailand.
Click to expand...
Link

Chevrolet has announced that the Trailblazer SUV will be launched in our market sometime in October this year. This body-on-frame SUV will take on the likes of the popular Toyota Fortuner, Mitsubishi Pajero Sport and Ford Endeavour.

Although its rivals come with the option of various trims that offer 2WD, 4WD and manual as well as automatic gearbox combinations, Chevrolet will initially bring the Trailblazer SUV in only one guise – the 2WD model mated to an automatic gearbox.

While customers would’ve expected Chevrolet’s mighty Trailblazer to come with 4X4 tech, sources in the company say that the carmaker is currently focussing on buyers who mostly use the SUV on tarmac. What the India-bound Trailblazer SUV will get is tech like Hill Start Assist, Hill-Descent Control and it'll also have the capability to wade through 800mm of water. Under the hood will be a 2.8-litre Duramax DOHC turbodiesel engine good for 197bhp and a massive 50.99kgm of torque.

Creature comforts will include a touchscreen infotainment system with CD/USB/aux/Bluetooth compatibility, cruise control and leather seats, among others.

We expect the Chevrolet Trailblazer 2WD auto to be priced at around Rs 29 lakh (ex-showroom).

Saw a Trailblazer while going to school. The car kept on accelerating briskly but no match for our X3

. As was in a hurry I couldn't click any pics. The car did give out heavy smoky under hard acceleration. Which brings me to my question- Is it really possible for such a new engine to give out such smoke? I mean it looked like a 15 year old ill-maintained Indigo.

Test mules do run that miles when tested. So I think you will have to let us know whether you saw a test mule or what so that we can be certain. Black smokes also comes out when the car is in higher gear and revving low.


Chevrolet Trailblazer gets listed on Chevrolet Official Website. Here are some snaps. 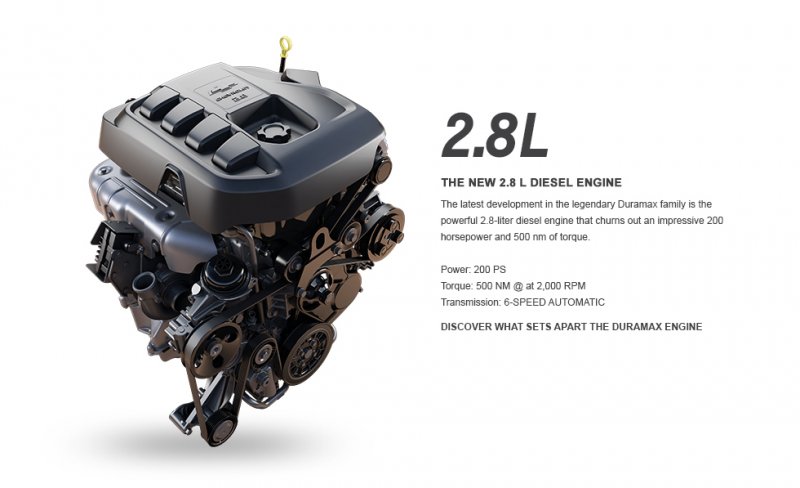 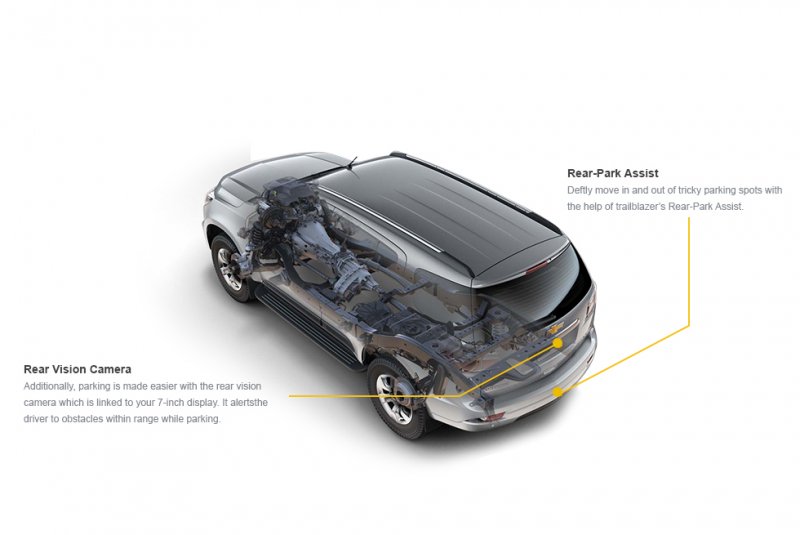 500NM - that is loads of torque. But the design itself didn't impress me that much. Looks a bit dated to me.

And only two airbags?

Chevrolet :) well the brand doesn't command the respect of say a Toyota which is currently king in the segment. Hope they launch it with a good introductory price.

It actually looks like a walrus. Man the new endeavour is gonna kick trailblazers a**.

I know someone who has driven both the vehicles. The India bound Endy (on Indian soil) as well as this new Chevy. And the initial feedback I got was:
1) Chevy is a bit softer on style but road presence is awesome
2) Power delivery is unmatched, better than Fortuner, Endy and Pajero

So all in all I have got a mixed feedback and will reserve my opinion at least until I get my hands on one. 51 kgm is 51 kgm and if its utilised properly then this SUV can prove to be super capable.


Upcoming SUV, Chevrolet Trailblazer to be available for sales at Amazon! 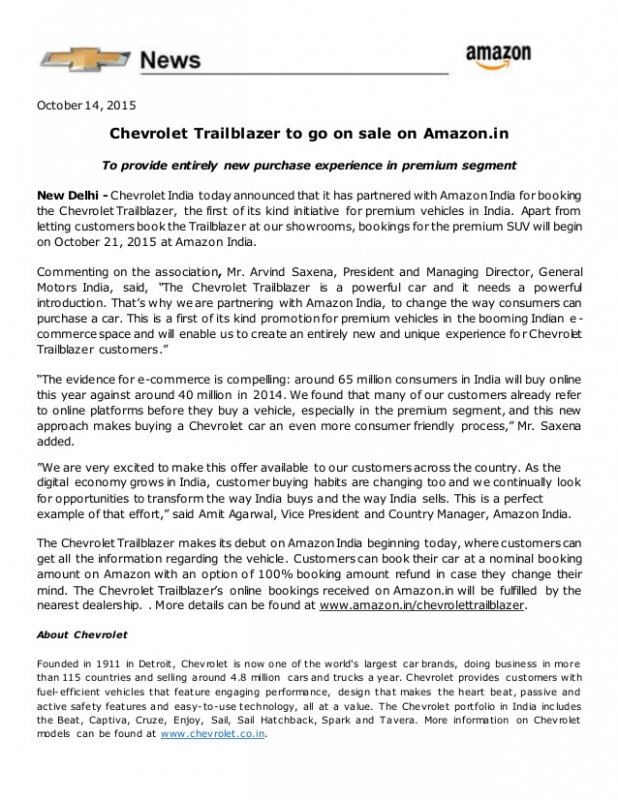 We will be attending the official launch of the Chevrolet Trailblazer on 21st October. Please post-in your questions on the same.

Chevrolet is going to launch it's SUV TrailBlazer in Indian market today. Chevy has partnered with amazon.in for online bookings. The SUV is coming with 2.8 L Duramax diesel engine with peak power 200PS and torque of 500N-m and a 6 speed automatic transmission.
Last edited: Oct 21, 2015

An update from Akash: GM has now launched the Trailblazer at starting price of Rs.26.40 Lakh (Ex.showroom, Delhi).

350Z said:
GM has now launched the Trailblazer at starting price of Rs.26.40 Lakh (Ex.showroom, Delhi).
Click to expand...
The price 26.40Lakh for 4x4 or 4x2, and MT or AT? This is relatively high compared to Toyota Fortuner. Price of Trail Blazer is lower here in middle-east when compared to Fortuner.

Mathew said:
The price 26.40Lakh for 4x4 or 4x2, and MT or AT?
Click to expand...
The price 26.40Lakh is for the 2WD AT Version. Extensive launch coverage to follow in few minutes. The hood and boot doors of this SUV are really heavy and the looks are absolutely muscular.