I had got lot of information from the car loving community through forums like theautomotiveindia that I thought of giving something back to the forums as well.

I have a wagonR which has served me well and is still going strong. The only reason to go for a new car were the rising petrol prices and also to utilise the company leased vehicle scheme. I had spent lot of time in the forums going through different reviews and also took test drive of different diesel cars. The requirement started with a hatchback Diesel and somewhere down the line I ended up looking at a diesel Sedan. The budget was around 7 lakhs ex showroom.

It started with the Punto, which was highly rated by many of the enthusiasts in the forums. I had gone with my brother-in-law who is also a car enthusiast. The car was a big letdown, probably because of the hype and high expectations created around it. The turbo lag was very noticeable and the cabin noise was high. Since we had gone to a tata-fiat showroom, they tried to sell the manza. We took a test drive of the manza as well and was impressed by it. For almost the same price as the Punto, I could get a sedan - the value proposition of the Punto went down further! Like many have commented, if Fiat wants to sell cars, they should go independent; otherwise with these comparisons being done under the same roof, it will not sell.
Anyway, the manza was dropped as I was not convinced with the T.A.S.S and the niggles reported in many reviews.

We then had a test drive of the Figo. Again, the turbo lag was present and the interiors were a huge letdown. One of the important things that showrooms and companies should do is to invest in customer service and interfacing. The sales guy of Ford was arrogant and it seemed as if we were students in front of a stern teacher

Since the VW dealership was side-by-side with the Ford dealer, we took a look at the Polo as well. I loved the car and the interiors. The control knobs had a premium feeling and the doors felt heavy and sturdy. As always, there were quite a few people looking at the cars with no sales personnel to assist them. We did not test drive the car. Eventually, the price was also a factor here as it looked costly for a 3 cylinder engine. Some sites posted "scoops" of a new 4 cylinder Polo diesel variant. This also resulted in wasting a few months. If the 4 cylinder Polo was available, I would have been an owner of one today.
This was followed by a test drive of the i20. It was much better compared to the punto - quieter cabin, minimal turbo and better interiors. This was also the time when I came across a few reviews of steering rattle within i20 and this made me drop the car. I was tired of the rattles in my WagonR, even though it used to get fixed in the regular service. The i20 rattle did not seem to have any permanent solution.

It was around the same time that the hype started to build up on the new Ford Fiesta. I eagerly waited for this car expecting a VFM pricing ala Figo. When it eventually came out, the pricing was atrocious and by then I had wasted few months

Meanwhile, Honda City came up with price cuts and I almost ended up buying a petrol car. Eventually, sense prevailed and I stopped dreaming about ANHC. DZire was also a candidate, but it was dropped due to the Manesar plant issues and the subsequent delays in the delivery. We also took a look at the new Swift, but dropped it due to the lack of boot space. The showroom had a 'customised car' with a woofer in the boot. With this woofer in place, there was zero space left and we could see potential buyers getting completely confused on opening the rear door. Moreover the salesassistant did not even bother coming with us for the test drive, that too after knowing that I had bought my WagonR from there!

By then, news came about the launch of the Diesel version of the Etios. I dropped in the showroom the after the test drive vehicle came in. I didn't have much expectations as there were negative reviews on the noise, vibration, thin doors and what not. The first thing that impressed us was the experience in the showroom. Coming out of the "we-don't-care-if-you-buy-a-car" attitude from Maruti, the Toyota experience makes one overlook the issues in the car, if any.

Coming to the test drive, the turbo lag was minimal and the drive was peppy. Definitely, the noise was a bit high at higher speeds, but the test car had also run only few hundreds of kilometers.

Eventually, six months after starting the whole activity, I bought an Etios Diesel VD model car of black colour. My brother-in-law was the happiest guy - he had got tired of all my cribbing.

After two days of driving, here are some initial thoughts.

- I like the colour combination of the V model instead of the VX model which has red interiors.
- The dashboard doesn't look too cheap to me. The odometer design should have been better.
- The front doors are heavy and better than the Dzire.
- The back doors are definitely lighter compared to the front door and similar to a Maruti.
- The steering is pretty smooth and easy to handle.
- Noise inside the cabin with all windows up is not as bad as made out in the reviews. From the outside, the diesel engine is definitely noisy, but hey as long as it's manageable within the car, I am happy. Also, I have read that this should come down after 3000 kms.
- The torque is pretty good and I don't find much difference in the peppiness compared to my WagonR. It's easy to drive within the city.
- A dead pedal is sorely missed and is causing strain on the leg. I should look at after-market fittings.
- Seat height adjustment should have been present .
- The boot is huge, but the boot lid does not close properly with normal pressure and has to be closed hard - something to be reported in the first service.

Eventually, the car is not as bad as it's made out to be and hopefully, I can post a more comprehensive review on the driving aspects after more kms under the wheels.

Hi Rahul Welcome to TAI! A nice initial ownership review there, Punto having a relatively high cabin noise is somewhat surprising! what the was date of MFG of the model you checked out? is it the latest one?

Looking at the way the Foreign players trend at launching cars in India, it looks like they still want to play chicken with the Indian mindset, most of the companies are shying away from launching a good car with a good engine like the 1.6 liter engines! I agree to a certain extent they are gas guzzlers still I believe people should not be deprived of owning a better powered car at an affordable price range catering to the lower & higher end customers!
R

EnfieldRyder said:
Hi Rahul Welcome to TAI! A nice initial ownership review there, Punto having a relatively high cabin noise is somewhat surprising! what the was date of MFG of the model you checked out? is it the latest one?
Click to expand...
I am not sure of the mfg date of the TD vehicle. But even if it's a problem with the specific vehicle, shouldn't the company ensure that decent vehicles are present to create a good impression on prospective customers?

I agree with creating impression on Prospective customers, however that could have been a one off incident, should have checked in some other showroom as well since you said you were mighty impressed with the vehicle when you read about it.

Welcome aboard Rahul! And congratulations on getting the Q-class Etios

Wish you many many happy miles with the car. You really need to post some pics to complete the review.

Coming to the point of finding turbo lag in Figo or Punto, I am not sure what diesel have you driven earlier, but Figo has the least turbo lag in current bunch of diesel hearts, may be closely followed by Micra. Most turbo lag is felt in Swift, which has been made linear from the last shipment.

Anyway you have got the car that suits your needs, and I am sure Etios would not disappoint you a wee bit!
A

@rahul_s
Congrates for your new Etios. Do post pics of your new car.

Congrats rahul, what is the on road cost?
R

Some pics - quality is poor as it was not taken in daylight. 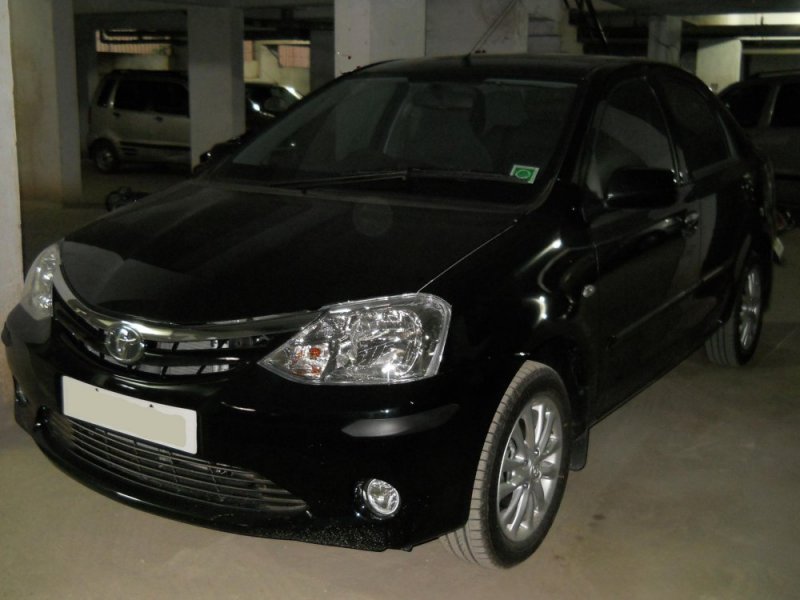 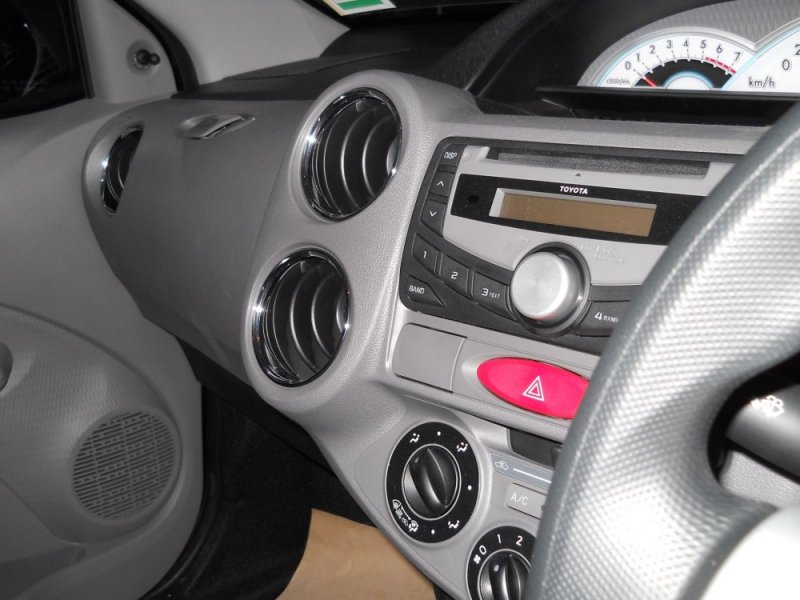 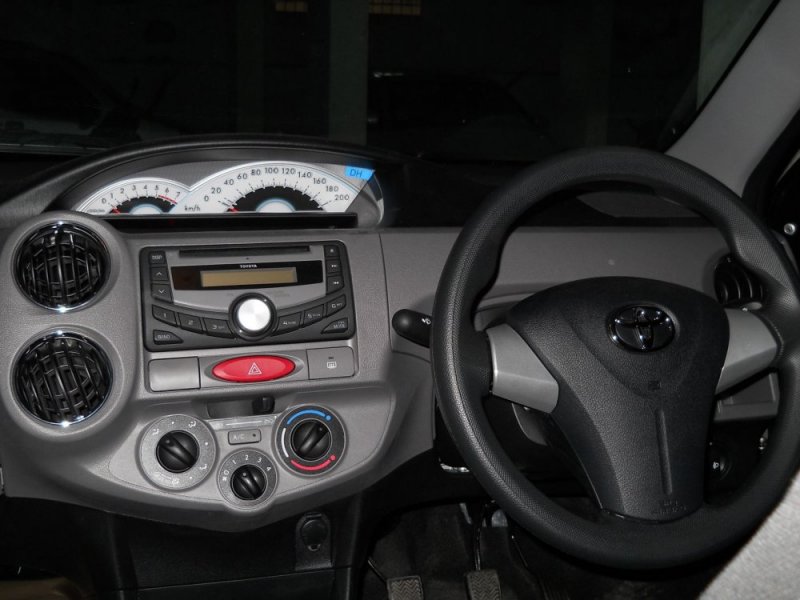 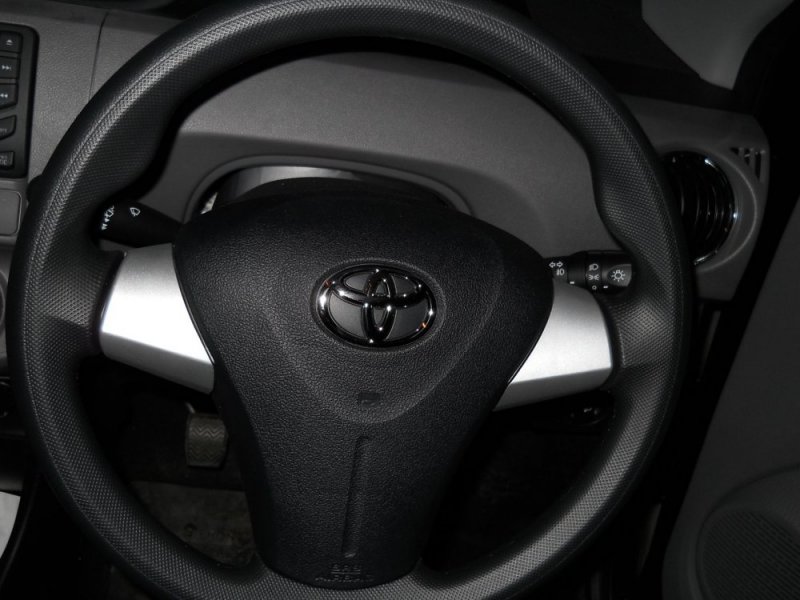 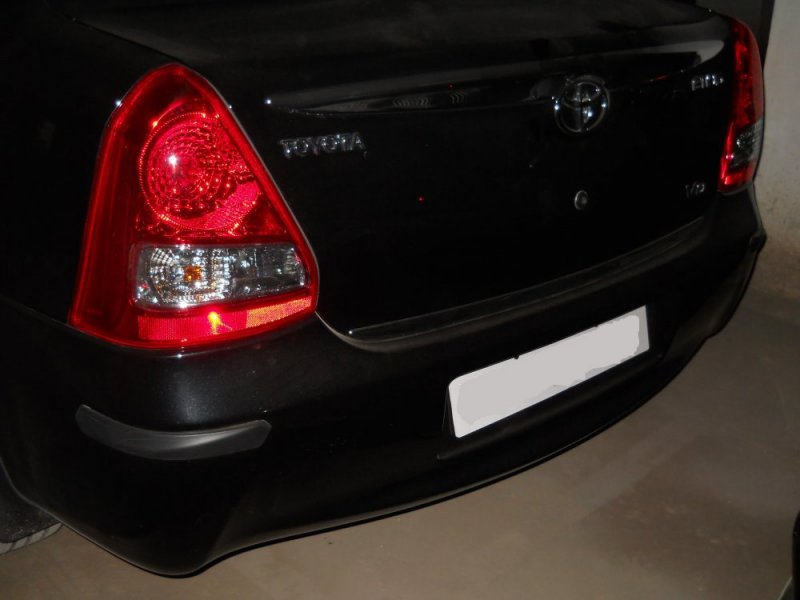 The car looks great,Rahul.
Its really a Black beauty.Liked it a lot.

Welcome aboard and congratulation Rahul for the Black beauty. Etios D is VFM sedan now a days and it is peppy too.

Welcome and congrats Rahul. So how average is giving you in city driving. Though the design of Liva and Etios are simple but its still a looker.

Firstly welcome aboard to The Automotive India, Rahul. Thanks for sharing such a straight from the heart initial ownership experience. I think this is for the first time I'm seeing an Etios in Black and in simple words, it looks amazing. Frankly I do not find design of Etios to be exciting enough but the car is seriously looking impressive in those pictures above. Please share more images and do not forget to keep us updated with further experiences in upcoming days.

Your Etios looks cool, one of my dad close friend brought Etios recently, that was in White color, not yet seen the car.so don't know the that model.

Your story is interesting.

Keep update to us about Your Life with Etios in the coming days.
R

shailinder said:
Welcome aboard and congratulation Rahul for the Black beauty. Etios D is VFM sedan now a days and it is peppy too.

Any mods planned like wooden dash, seat covers etc !
Click to expand...
As of now, I have put sunfilms and underchassis coating. Will be looking at adding the reverse sensor as it's needed for parking in the basesment with pillars and vehicles all around :) Rest of the mods will take some time.

droy said:
Welcome and congrats Rahul. So how average is giving you in city driving. Though the design of Liva and Etios are simple but its still a looker.
Click to expand...
It's been only a few days since I took the car. Will post the mileage results in a few weeks.

Your Etios looks cool, one of my dad close friend brought Etios recently, that was in White color, not yet seen the car.so don't know the that model.

Your story is interesting.

Keep update to us about Your Life with Etios in the coming days.
Click to expand...
350Z said:
Firstly welcome aboard to The Automotive India, Rahul. Thanks for sharing such a straight from the heart initial ownership experience. I think this is for the first time I'm seeing an Etios in Black and in simple words, it looks amazing. Frankly I do not find design of Etios to be exciting enough but the car is seriously looking impressive in those pictures above. Please share more images and do not forget to keep us updated with further experiences in upcoming days.