Renault, The French Car manufacturer will launch the Fluence sedan along with Koleos SUV by next year in India. Both the models will roll out from the company's Chennai plant and are expected to be available in Petrol as well as Diesel variant. The cars were also showcased at Auto Expo, and look nice as well as quite up-market. I'm expecting Fluence to compete with Kizashi and likes, with price tag of approx. Rs.11 -12 Lakhs, what's your take on it? The car looks gorgeous. But Renault is not successful with Mahindra.
We have to wait and see how it performs with Nissan.

Both the fluence & Koleos has influenced me just in looks!

I have to wait for the pricing & dealership networks before i commit something here :)

Still, maintenance is on the higher side & Logan failed because of that!

Mr. Carlos Ghosn who is the CEO of both Nissan and Renault announced solo production and distribution plans for new products, including a small car for India. Renault on Tuesday said it would launch as many as five new cars over the next four years.

Renault India would be producing the new vehicles at its factory near Chennai, which is built in partnership with group company Nissan and will have a capacity of 4 lakh units per annum.

It is believed that production of the Mahindra Renault Logan would also move to the Renault-Nissan plant in Chennai. Renault’s engineers would probably work on reducing the length of the Logan to make it eligible to fit into the small-car category in India and therefore lower excise duties on the car to eight per cent

Two models from the Renault lineup that are likely to be launched in India are the Koleos soft-roader, and the Fluence sedan. The Renault Koleos was on display at the Auto Expo 2010 – but then we did not know that it might come to India. The Koleos will possibly feature a 2500 diesel engine, and if price well, can offer some competition to the current soft-roaders in the Indian market. Lookswise, the Koleos is a very appealing vehicle for sure.

The Renault Fluence is a very modern-looking sedan that offers oodles of style, as you can see from the photo above. Trust us, it is a lot better in the flesh. Petrol and diesel variants will be on offer in Europe; but we are not sure what Renault has in mind for India.

Industry sources had been speculating this breakup since some time now as the Joint venture had just the Logan which failed to gain any sales figure and made this relationship still sour. Just for your records, Logan sales have gone down drastically, Logan produced at M&M’s Nashik factory have been falling for more than a year, going down 61% during April 2009 and January 2010 to 4445 vehicles against a backdrop of 25% growth in domestic car sales.

Intrestingly M&M’s automotive sector president MR. Pawan Goenka said the company wanted “continuity in Logan”, but declined to elaborate while Mr.Marc Nassif, country head for Renault in India, said the French car major hopes to sell over 100,000 units annually by 2014 and will introduce the Fluence and Koleos models in 2011.

Renault is also likely to bring its exciting cars like the Clio, Laguna, Sandero,Twingo in the next few years.

The Fluence is looking a lot better than the Logan both from the inside as well as outside!

cooldhaya said:
The Fluence is looking a lot better than the Logan both from the inside as well as outside!
Click to expand...
hey, don't compare fluence with logan, it'll be shameful for it. fluence will be priced at Rs.10+ Lakhs.

Oh 10+!! I thought it will be competing with the City!! Can somebody post the specs??

Recently i read that Renault is going to have its own network by mid-2011 and will launch Fluence and Koleos SUV. But Logan will remain as a Mahindra-Renault product and will go on with small facelifts.

Based on a local news paper, Renault is in tie up with Nissan to manufacturer Fluence and Koleos in India and will share Nissans Chennai plant for the same. Nissan Micra is currently manufactured in this plant.

Renault Fluence
Renault Fluence will directly compete with Corolla Altis, Honda Civic, Skoda Octavia and VW Jetta models. Specs for this luxury sedan is not yet revealed. But it is assumed to have petrol and diesel variants.


Check out the Source: Malayala Manorama for pictures.
Last edited: May 13, 2010

Yes even i saw similar news on economictimes - Renault to launch 5 models by 2013, revs up dealership network-Automobiles-Auto-News By Industry-News-The Economic Times

French auto maker Renault on Wednesday said it will launch five new models, including a compact car, in India between 2011 and 2013.
It is also gearing up for a media and advertising campaign, for which it has called for multi-agency pitch.
Following the 2011 launch of the two cars, Renault plans to open 70 dealerships across tier-I and II cities and the project will be completed by the end of 2013.
Click to expand...

I don't find Fluence to be futuristic though, but the car looks decent and could be a good answer for Corolla, If we keep aside the Renault's dealership matter. I want the Megane to launch in India, because now that car is a looker!

A proof that launch of Renault Fluence is not far anymore. These are the spy shots of Fluence by Autocar India, and car is expected to release by April 2011 with price tag of approx. Rs.12 Lakhs.

Under the hood will be a more powerful version of the Logan's 1.5-litre diesel dCi engine developing 105bhp of max power. The suspension will be well tuned for comfort and the ride is expected to be outstanding. Equipment levels will be on par with the competition and will include gizmos like Keyless Start and Bluetooth Connectivity to name a few.
Click to expand... 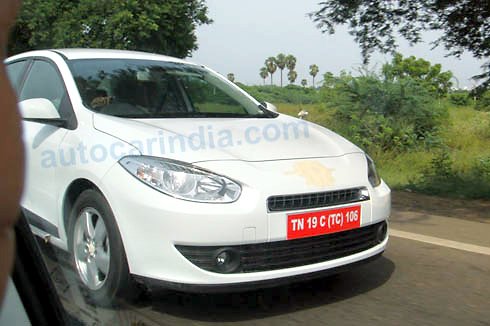 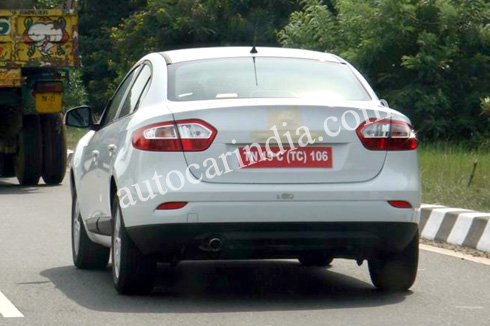 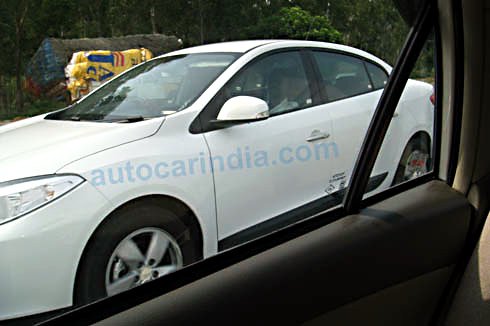 My friend(not very close , so couldn gather much details) working in Renault told me that this car will be a C-segment one and the car is really good!

The car looks awesome & lloks like European chic to me.

Reminds me a Lineaish style from front.

Rs.12 lakhs price is not that bad at all if its giving competition to kizashi, cruze, jetta etc. Fluence has got very fresh design and i love it but rear lights remind me of new fiesta otherwise car looks stylish and long..but how will renault sell it? will it be sold under mahindra tag or what?
You must log in or register to reply here.