On 12th August afternoon we hit the road. Laura automatic in sparkling black, Golden Manza with Saffaire petrol engine and Maroon Quadrajet Diesel Manza of mine.

It was the petrol Manza which was leading, closely followed by Laura with Cruise control activated and I was struggling to catch up with them. This time we did not opt for our wonder driver Nazir bhai who tested both the endurance and limits of Manza during our (1700 km in 23 hours) high speed drive last time. Luckily we had our colleague Siva with us as the dependable driver when I got tired of chasing those two. 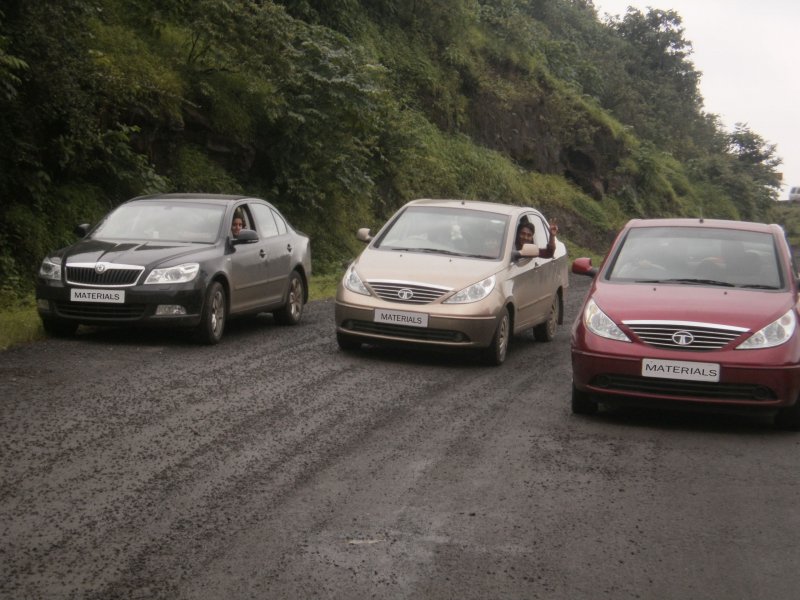 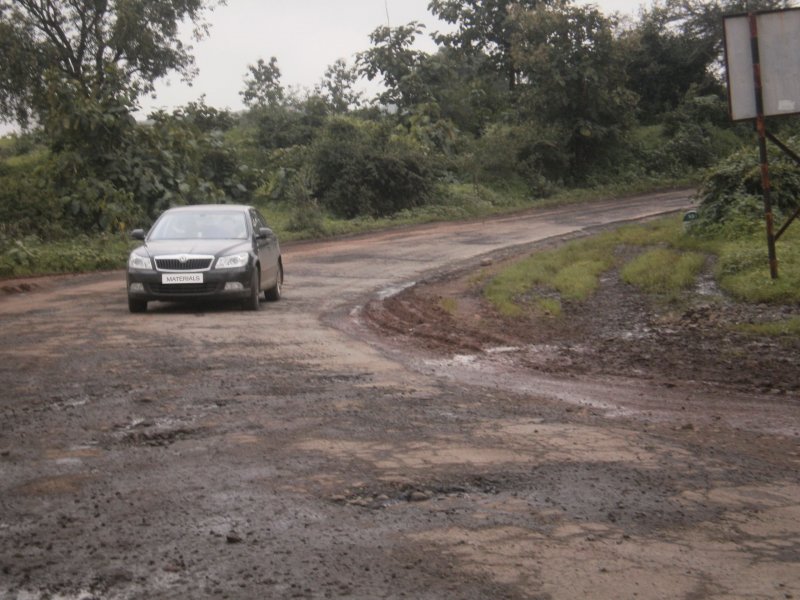 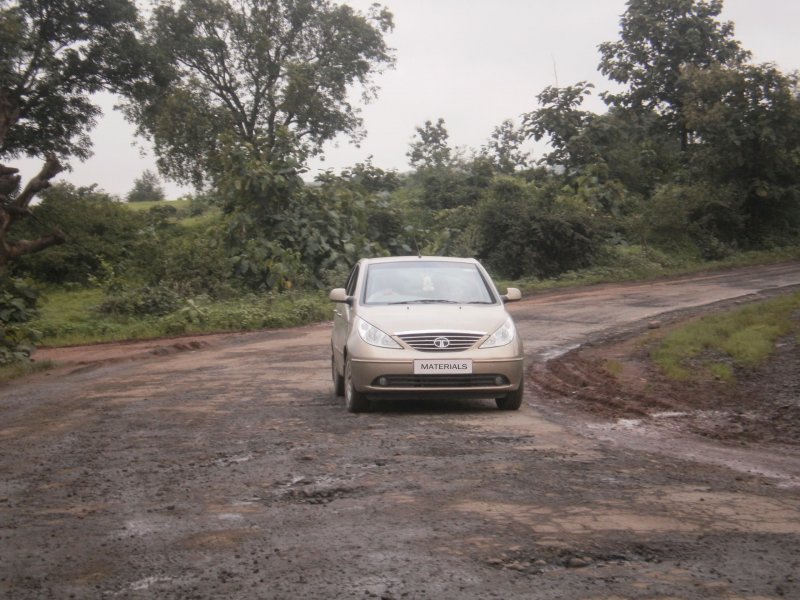 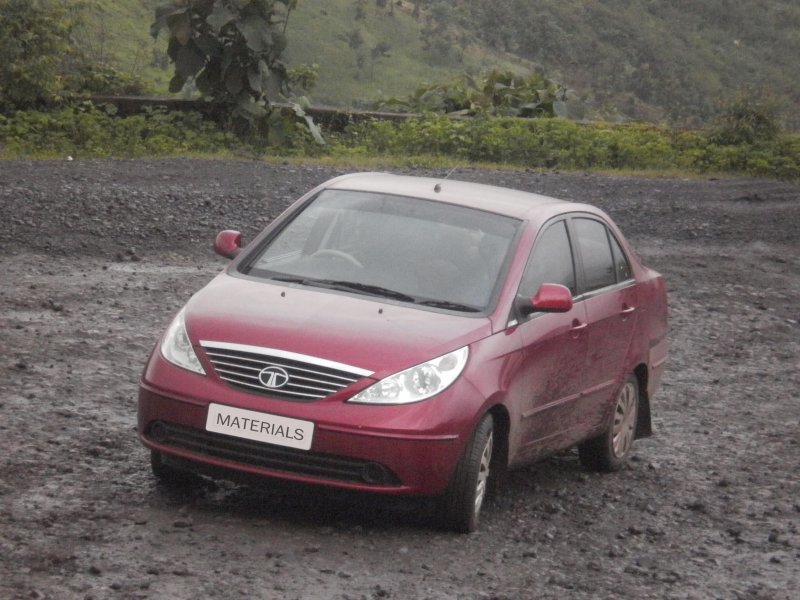 We went via Moti Daman and took the Mumbai high way from Karambily and then a left turn at Charoty to Nasik via Jawahar.

Route was apt for a pleasure ride with less traffic and abundant scenic beauty. But it was raining, road was full of gutters and those two in the front were going in full throttle. 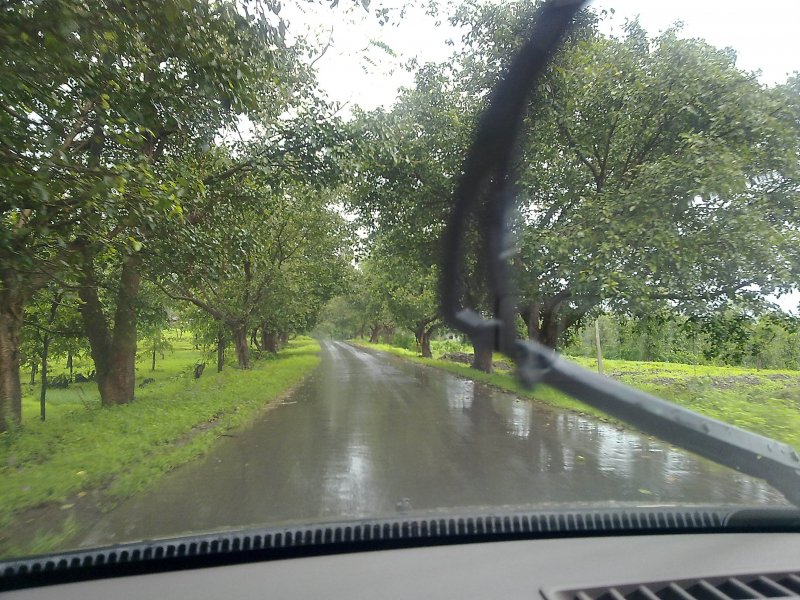 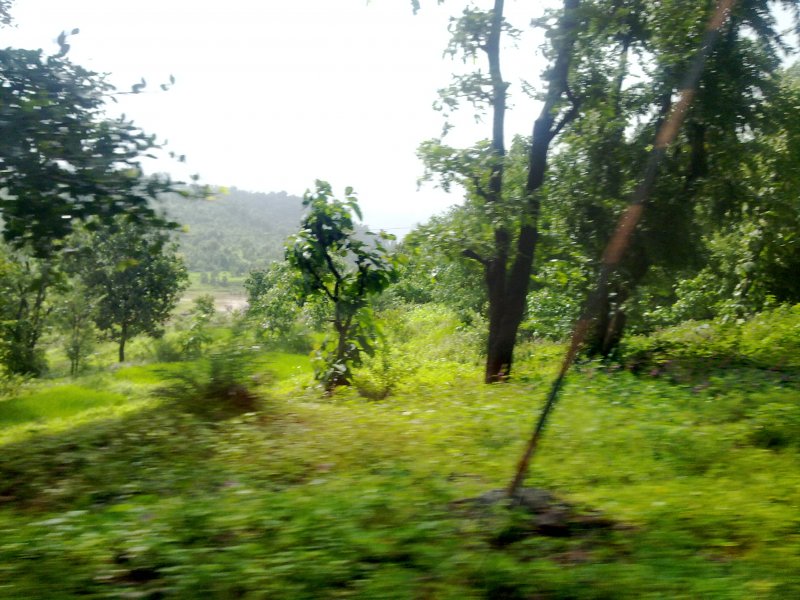 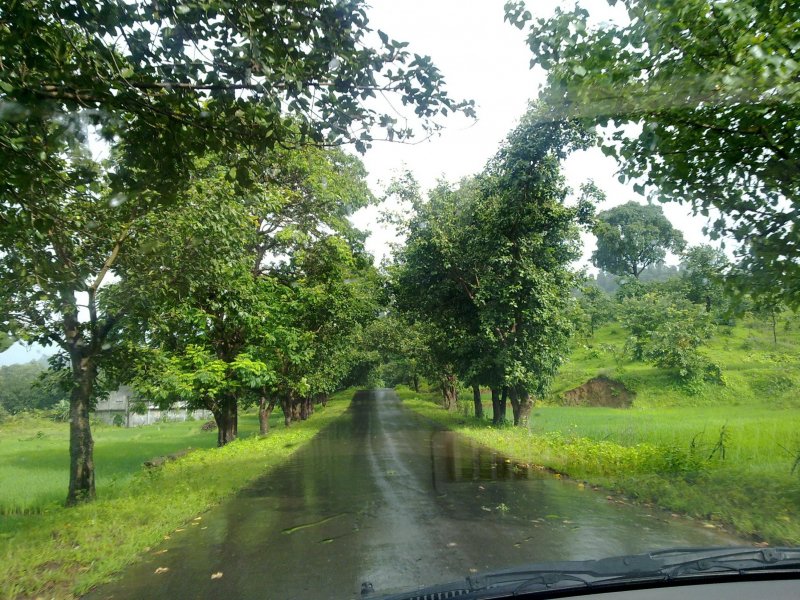 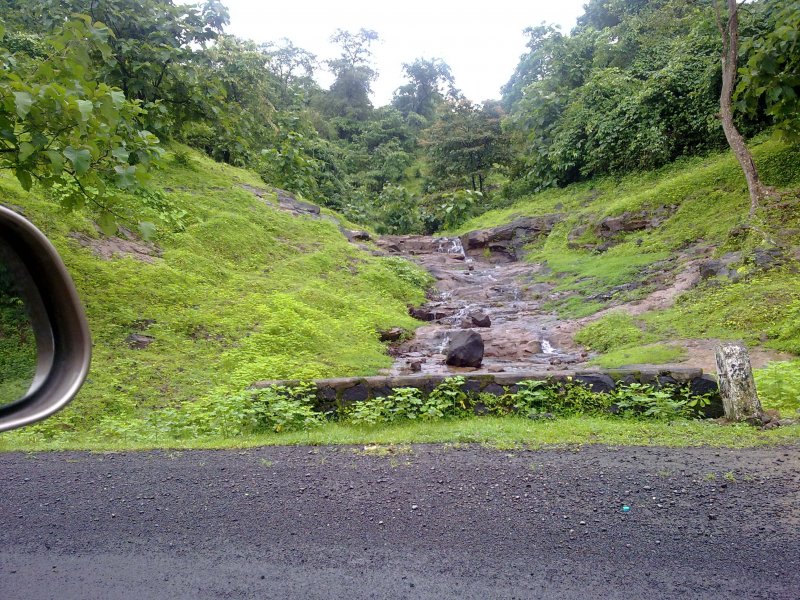 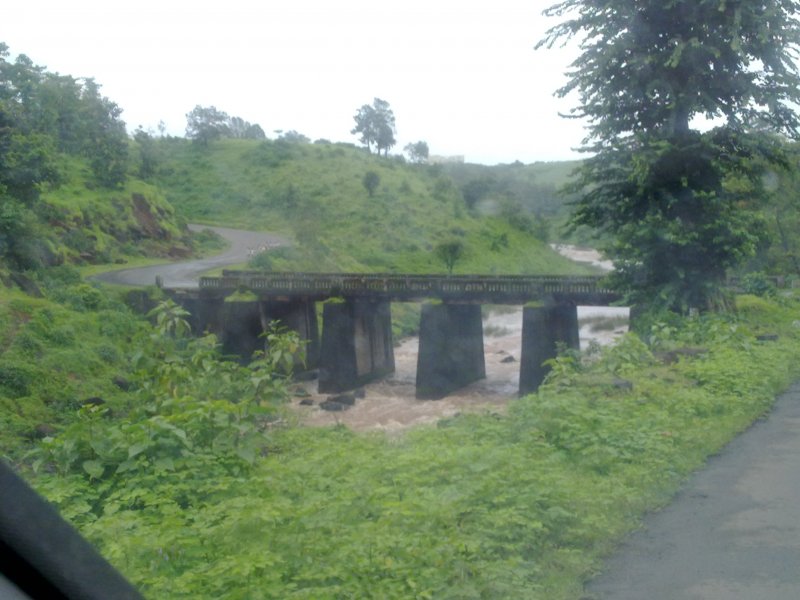 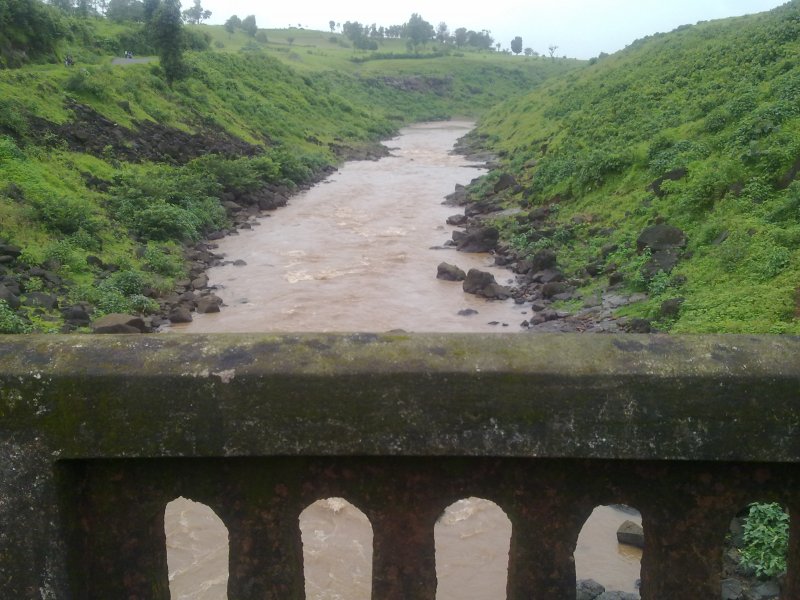 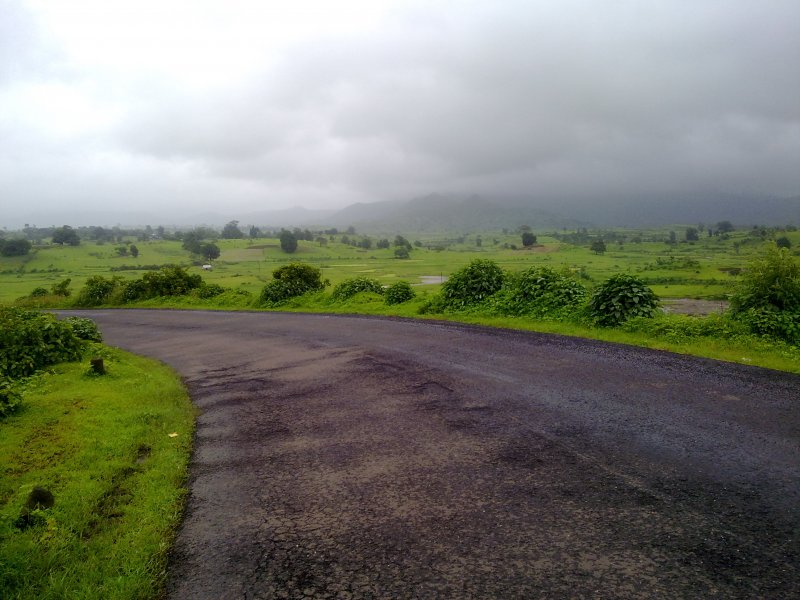 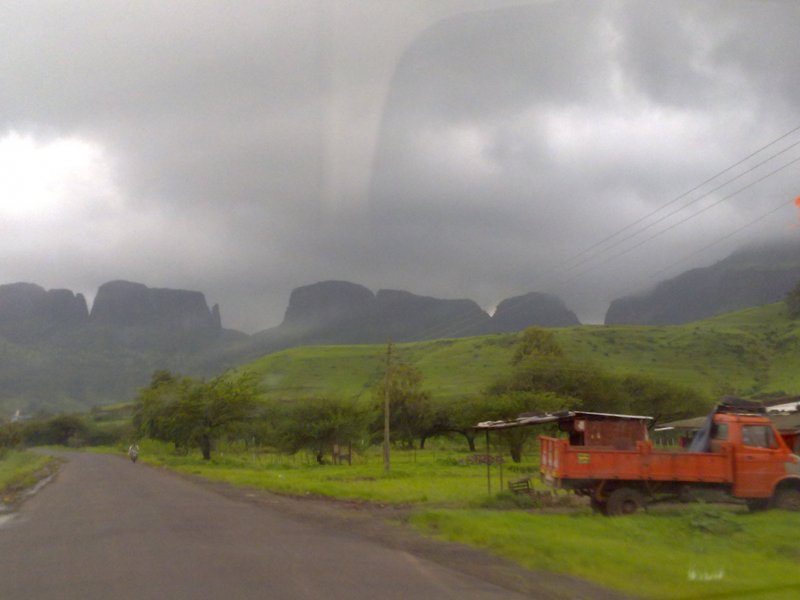 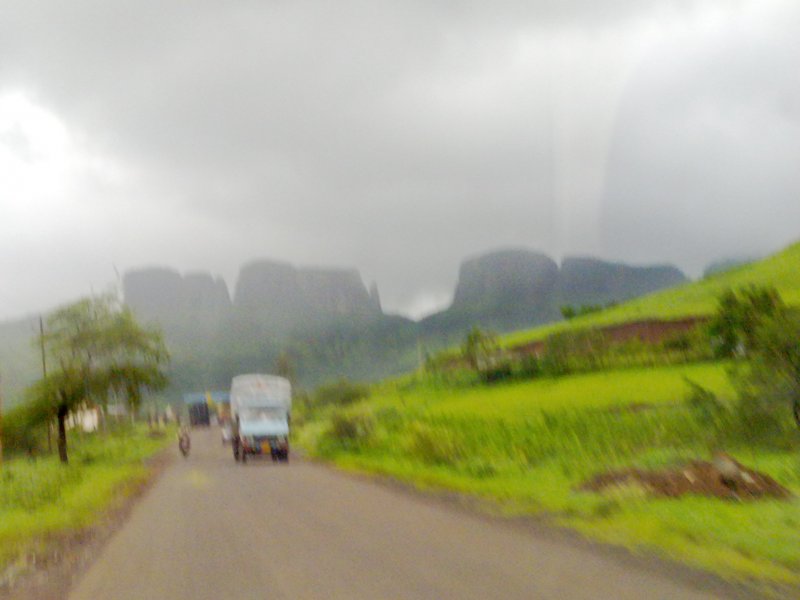 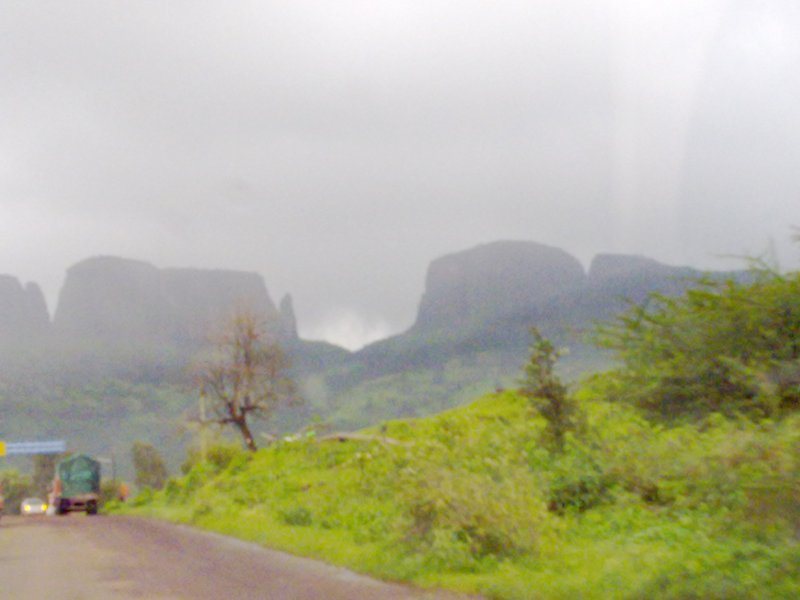 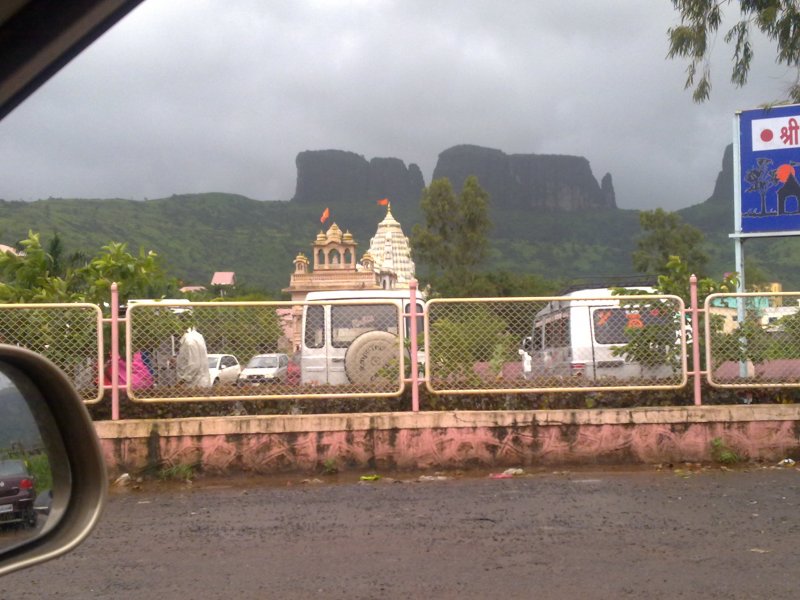 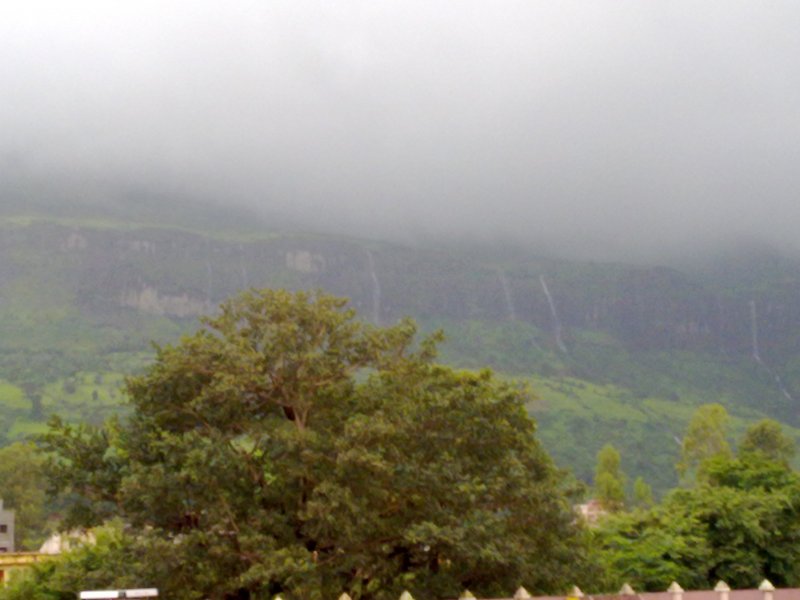 Inside Nasik City, in an attempt to take a short cut to Aurangabad highway, we ended up inside a crowded market and road ahead was closed for friday Namaz. With great difficulty we negotiated the narrow lines packed with two and three wheelers.

Then it was a mad rush through the highway to reach Aurangabad as early as possible. Finally we were at the destination by 11.30 for a quick dinner and retired to our hotel rooms.

Next day morning was pleasant after a good night sleep. We left for Ellora (30 km from Aurangabad) after break fast.

First stop was at Daulatabad. It’s a magnificent Fort built in 12th century AD by the Yadava king Bhillama V and was known as Devgiri. Allauddin Khilji conquered Devgiri in 1296 AD.

Later this Fort came under Sultan Mohammed Bin Tughlak which he renamed as Daulatabad and the infamous shifting of Capital from Delhi to Daulatabad happened in 1327 AD. {Entire population of Delhi including the sick and dying were shifted and many died during the long march. New arrangement did not work well and again shifting back to Delhi was ordered resulting in further hardship and deaths. (“Tughlak model”) 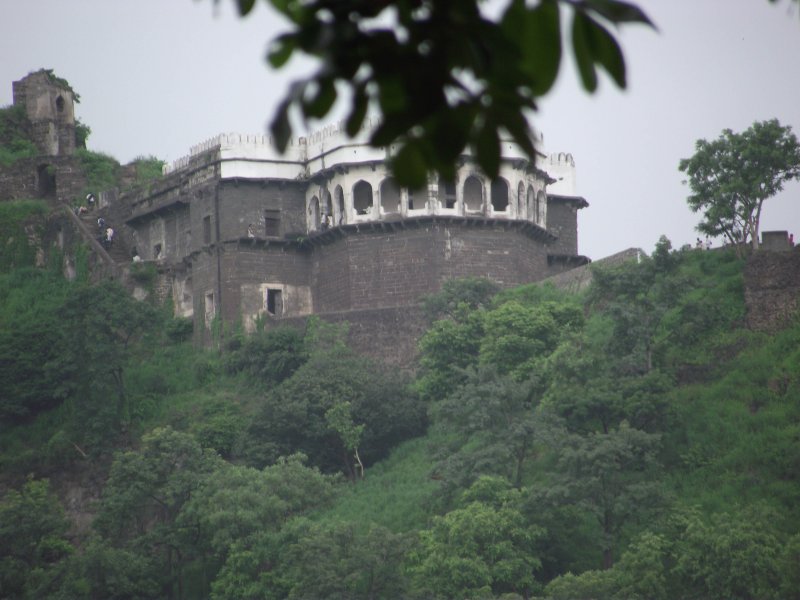 Ellora Caves in Pictures: (pictures shall be added as a continuation thread due to upload limits)

Next day: To Ajanta (100 km from Aurangabad)

At Ajanta, we have to park our vehicles at entrance and get into the government buses (Powered by diesel engine but eco friendly since they are painted in green

Next day morning we were on the way to visit Bibi Ka Makbara (An attempt to imitate Taj Mahal but with cheap construction materials).

With the spicy Sabudana kichdi and sweat imarthi break fast on the way, it was a different experience.

While on return journey, we took the Peth route after Nasik. Bad roads definitely had its toll but it was a fun filled trip.

Reached Daman by 8.30 PM and finished off with a nice dinner at Pakwan restaurant in Mirasol resort hotel.
Last edited: Sep 26, 2012

Not able to upload anymore pictures.


how much the both manza drunk for the whole trip?

How many members were there in all the cars?

First thread as a travelogue. Interesting pics and starting write up. Waiting for more pics

Excellent pics buddy. Continue with the pictures, we are waiting for more.

Akash said:
Excellent pics buddy. Continue with the pictures, we are waiting for more.
Click to expand...
He is a rookie, so he is restricted for few pics in a post.

An amazing travelogue and I can well understand how exciting this drive would have been. Pictures are lively and so refreshing. I can also notice the “Material” on number plates. Hope it’s just a mere editing job? Looks neat.

mukeshus said:
He is a rookie, so he is restricted for few pics in a post.
Click to expand...
No such limit for Rookies. Maximum number of attachments per post is 25 for all members. Autosafari, Let us know the error through contact form. We'll promptly look into it. Thanks.

The pictures are scintillating. Keep us updated with more pictures.

Manza's Performance - Excellant and I am fully satisfied and proud of my decision to purchase Manza.

Suggest you to please read my earlier post (my first post) "Kerala to Daman in a single day" http://www.theautomotiveindia.com/forums/voyage-junction/4385-kerala-daman-single-day.html


how much the both manza drunk for the whole trip?
Click to expand...
Yes!! scenary was great.

Petrol Manza gave an average of 16 km per litre (zig zag high speed driving through the ghats and bad roads and some city driving - overall consumption of petrol divided by total km of round trip with AC on full time.

Diesel Manza averaged a little above 18 in similar conditions with AC on full time. (It seems to be less for diesel but could be because third service is not yet over. Petrol Manza completed third service.)

How many members were there in all the cars?
Click to expand...
Thanks Mukesh.

Should include this place in your next trip. Its worth investing time.

Planning to add new threads - Part 2, 3 ... due to upload constraints.

Total we were 9 adults and 4 children.

Akash said:
Excellent pics buddy. Continue with the pictures, we are waiting for more.
Click to expand...
Thanks Akash.

Its not my first post ... its second (First one is about a trip from Kerala to Daman in single day, 1700 km in 23 hours)
You must log in or register to reply here.