Since I know the pains in owning a RD 350. Even having shed tears, this job is beyond compare. Congrats. Enjoy the bike. Though for all those lusting behind an RD, trust me there are safer and much better bikes now available in India.

RD's had there swan sung era. But purely for fun day in and day out. They dont make the cut anymore.
P

Is the bike a HT or a LT. The silencers are definitely from a LT. I remember mine had on silencer from a HT and one from a LT. The bike itself was a HT.
S

sorry for the long gap----good news got US Spec cylinders

Arun ----my number is there in ur inbox 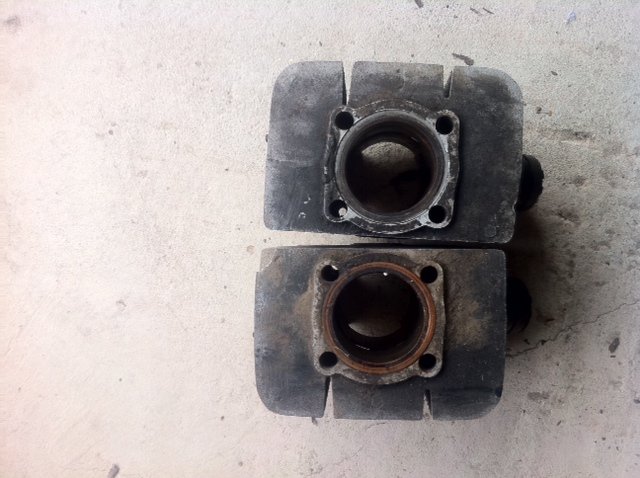 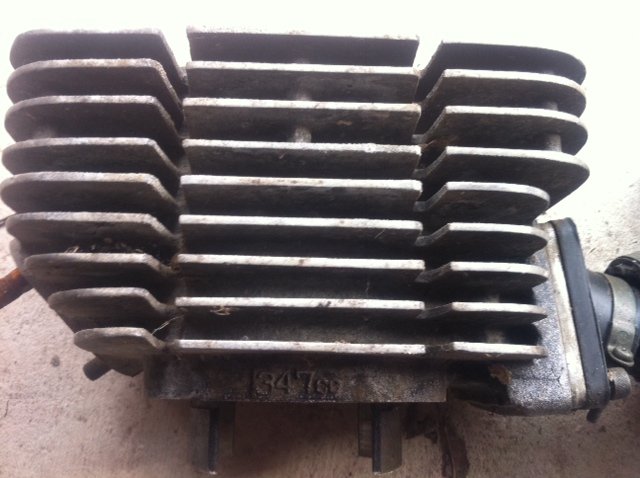 Oodibaba ! Had missed this thread, that's some moolah you had to spend to get it to the shape it is - Kudos to your enthusiasm! A big Salute!
It came way ahead of time , had performance we couldn't handle nor fathom(nor we had the right fuel back then) in the 80s - in terms of performance heck it would still put to shame the many so called modern tech bikes of the current era - Just dont ask kitna deti hai!

Imagine a 6 speed bike introduced in the days of Priya, Chetak, Pushpak and Vijay - this bike was an alien!

By the way are you attempting a 40bhp turnout?

Anil, I envy you man!! ..and i just love your bike

. Fantastic buddy, keep it up.

Totally love the red on this beast.

IMHO this is the best colour for an RD.
M

anilkenath said:
As i mentioned earlier u will get a sleeved RD for lesser price -------but u will not get a stock RD for that price especially a HT
Click to expand...
Hi bro.i am from hubli . i wanted to buy a rd 350 . can you help me in finding one . if you know any one who will be selling yamaha rd 350 please contact me . Or just give me a message i will contact you back please do help
Last edited by a moderator: Dec 27, 2013

Here's mine. Just cant ride it though due to this nonsense NGT ban on 15 years old vehicles in Delhi.

///M4 said:
Here's mine. Just cant ride it though due to this nonsense NGT ban on 15 years old vehicles in Delhi.
Click to expand...
Hi,
Is the ban implemented in Delhi. I heard that Court has dismissed that case and it might be applicable only for commercial vehicles in future.

Ambylovers said:
Hi,
Is the ban implemented in Delhi. I heard that Court has dismissed that case and it might be applicable only for commercial vehicles in future.
Click to expand...
At Present Personally owned vehicles above 15 years will be passing some "stricter checks". The commercial vehicles older than 15 years are facing ban though here in the Capital.

Well as per an article in TOI Delhi 2/3 days back, the NGT has asked Delhi Government to submit a report as to what has been done with regards to compliance of the ban imposed 15 years old vehicles and the case will be heard tomorrow - 07/04/2015.

Hi,
Delhi court confirms that 10+ years of Diesel vehicles cant be driven in delhi. Its applicable for all sort of vehicles. But am not sure what the owners will do now.

Following is the link for reference.

///M4 said:
Here's mine. Just cant ride it though due to this nonsense NGT ban on 15 years old vehicles in Delhi.
Click to expand...
It is a real beauty, that ban did not get passed